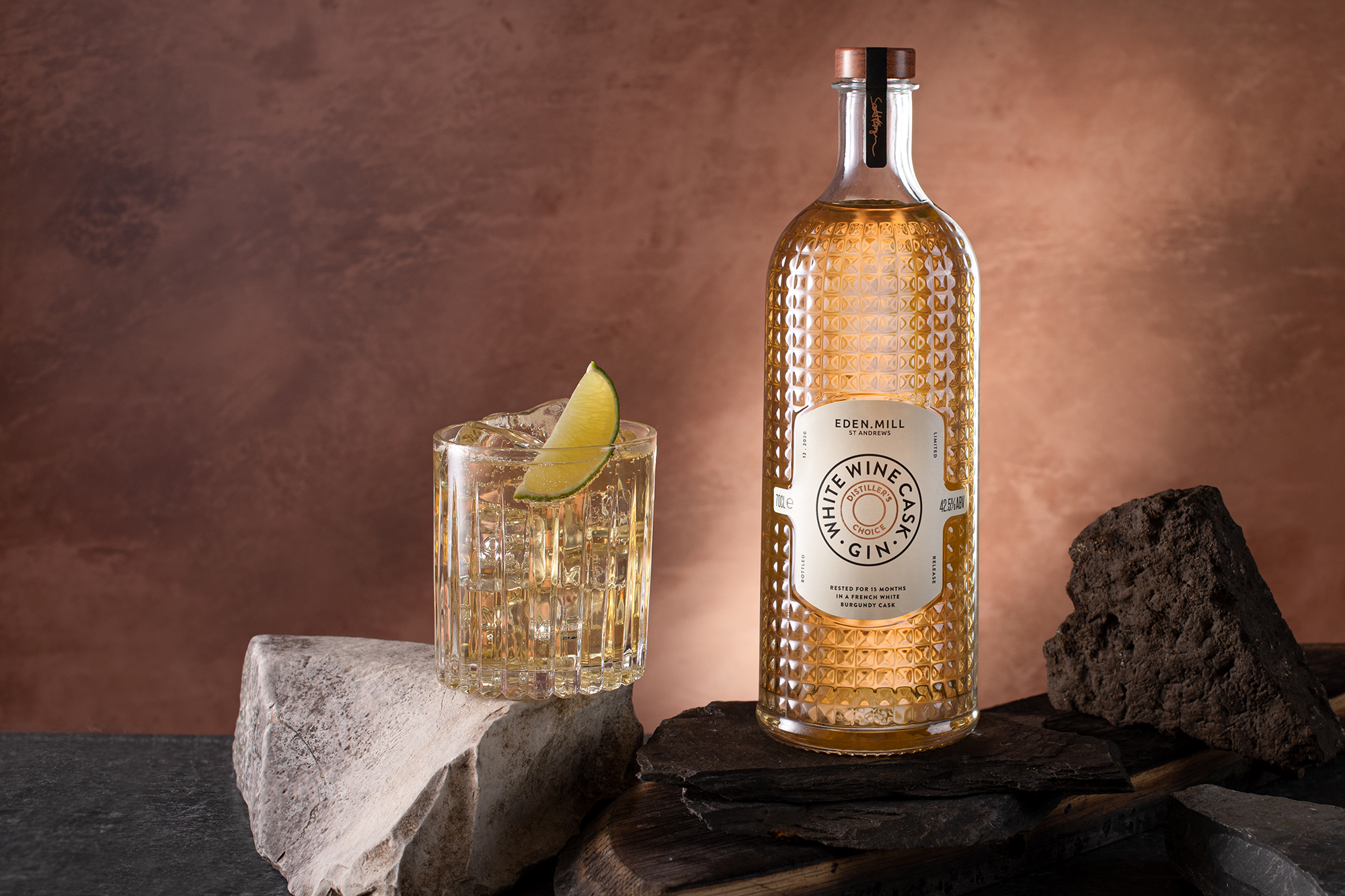 Scott and Andrew pick gins for the Distiller’s Choice Collection based on their preferences – the former leaning towards citrus-forward, fruity gins and the latter preferring savoury and spicy flavour profiles. Each limited-edition, small-batch release is designed to celebrate the best of traditional and modern distilling techniques.

Andrew’s choice, the Red Wine Cask-Aged Gin, features Original Gin which has been aged for around 16 months in Amarone red wine casks. He says the combination of the gin with this full-bodied but subtly spicy wine has resulted in a ‘beautifully aromatic and fruity spiced gin’.

Scott said: “As Scotland’s first single-site brewery and distillery, we’ve been marrying techniques and experimenting with new flavours since day one. We first brought our fascination for oak from producing whisky together with gin when we created Eden Mill’s Oak Gin in 2015. By experimenting with cask ageing and also adding oak chips, we found a beautiful way of giving gin a boost of flavour at speed.”

Eden Mill’s Distiller’s Choice Red Wine and White Wine Cask Aged Gins are available each from edenmill.com/distillerschoice priced at £40. Just 600 bottles of each will be available.