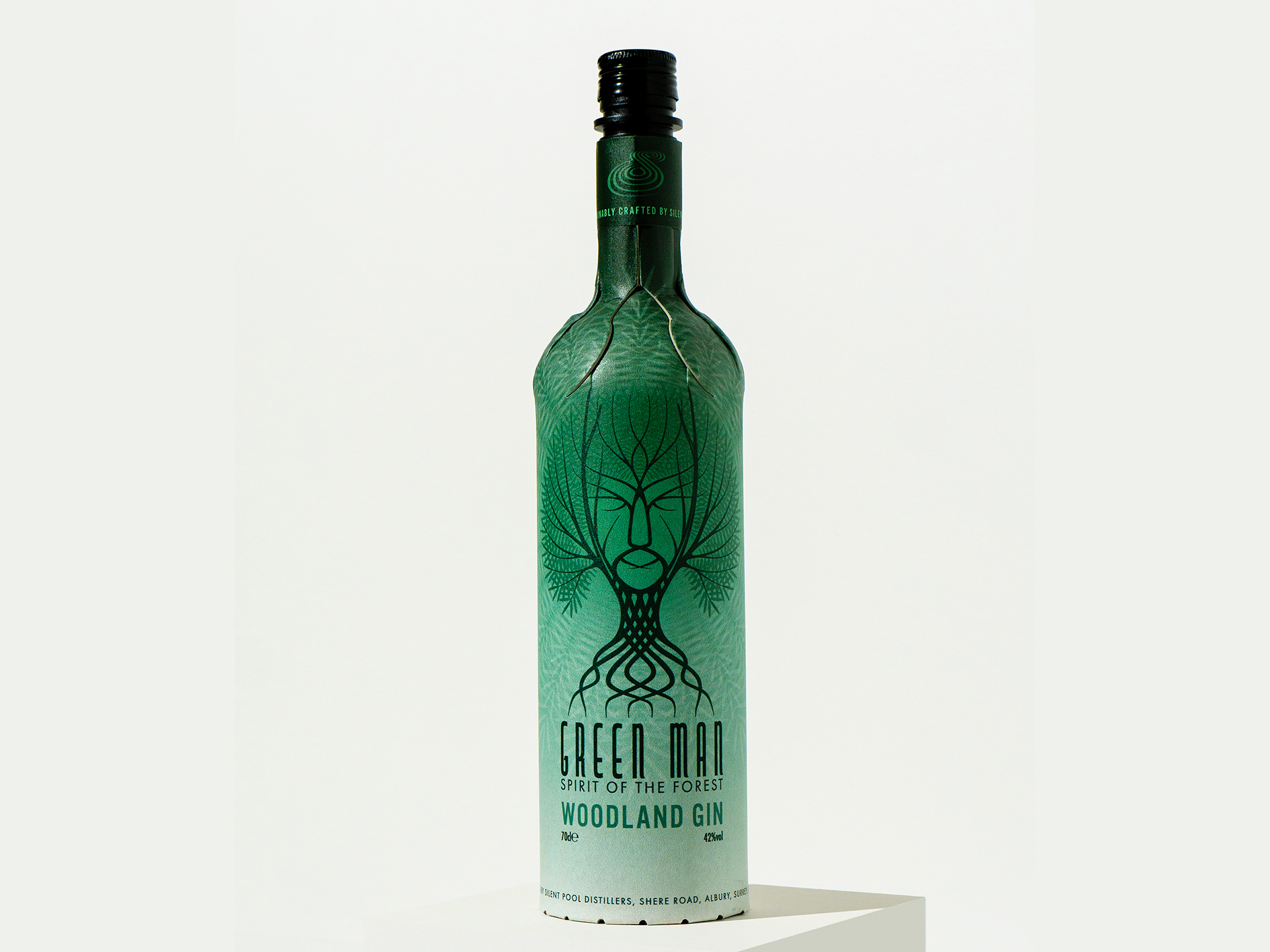 UK gin maker Silent Pool has launched what it believes is the world’s first paper-based spirits bottle to coincide with Earth Day (22 April).

The Frugalpac bottle for its Green Man Woodland Gin is five times lighter than a glass bottle, uses 77 per cent less plastic than other plastic offerings, and has a carbon footprint six times lower than glass or PET plastic bottles. The paperboard layer is made from 94 per cent recycled paper, and the pouch inside is also recyclable, making the bottles fully recyclable.

Silent Pool Distillers director Ian McCulloch said: “Other spirits brands have spoken about using paperboard bottles for a while. However, when you scratch the surface, you realise that they’re quite far away from making that a reality. We wanted to make a real difference right now.

“With the release of Green Man Woodland Gin on Earth Day, we’re very proud to be the first 100-per-cent recyclable paperboard bottle on the market.”

Inspired by the woodlands of Surrey, Silent Pool’s home county, the new gin is designed to capture the essence of Pagan spirit the Green Man. It is distilled with 25 botanicals including hawthorne, rosemary, rowan, pine, rose hips, dandelion and birch leaf.

Sophie Best, general manager at Silent Pool Distillers, said: “We’re lucky enough to be located in the UK’s most wooded county and surrounded by amazing ancient woodland. Consequently, we’re all hugely appreciative of the unique sense of tranquility one finds within the forest and all of its healing properties.

“This inspired us to create a spirit that truly captures the environment, but moreover, to package that liquid in a way that significantly reduces the impact on the environment.”

Green Man is the latest step in Silent Pool’s journey to become a more sustainable distillery; its two stills use renewable fuel sources, the rest of the distillery is powered by solar panels, and it introduced a bottle refill facility at its site last year.

Silent Pool Green Man Woodland Gin (42% ABV) will be available from silentpooldistillers.com from Thursday, 22 April, priced at £30 for a 70cl bottle. It will also be available in Sweden and Denmark.