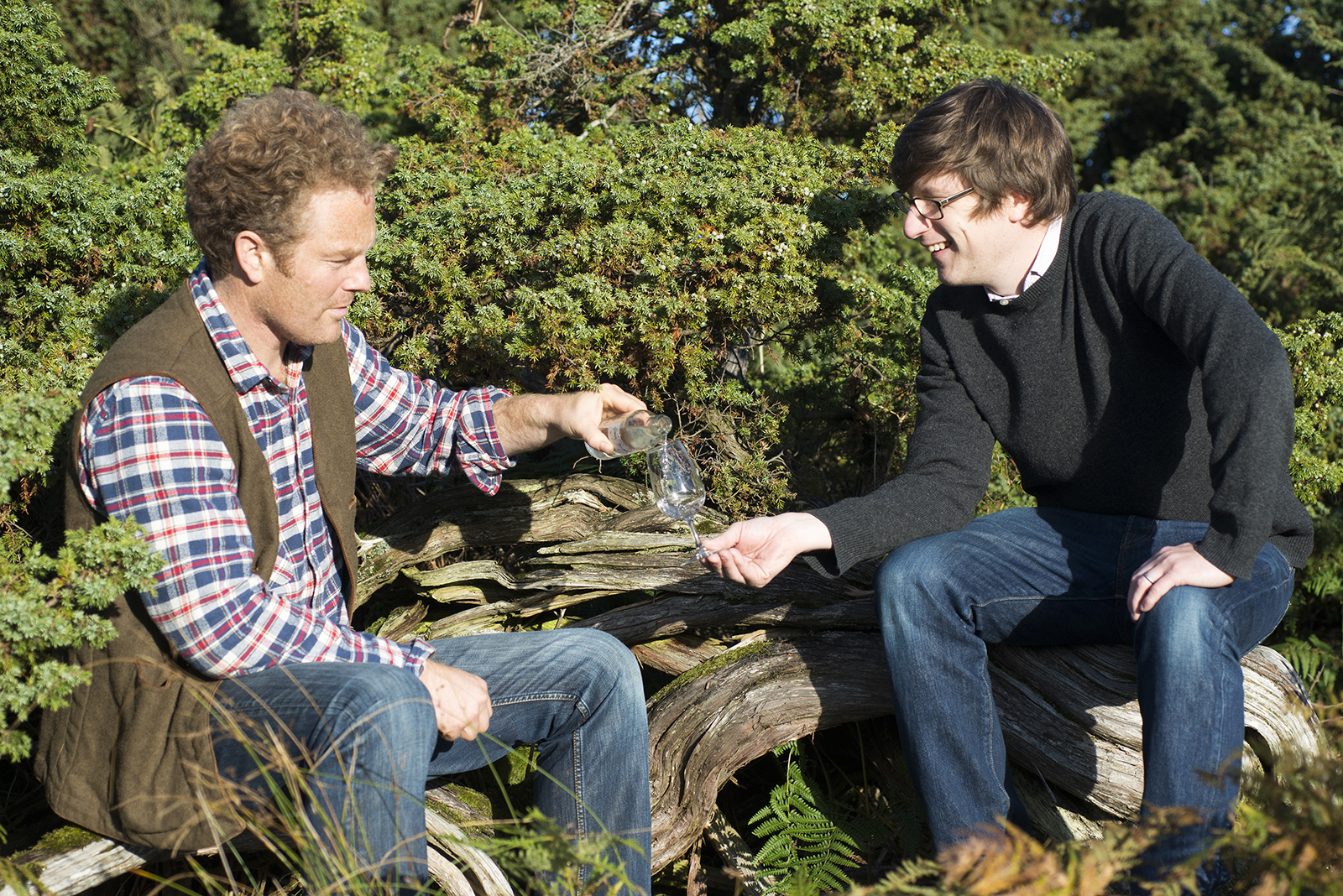 There are few parts of England more green and unspoilt than the Northumberland National Park. It is England’s least visited and least populous national park – but it has proved an ideal location for Hepple Spirits to create some remarkable gin.

Founded by Walter Riddell, owner of the Hepple Estate, celebrated mixologist Nick Strangeway and chef and food broadcaster Valentine Warner, Hepple Spirits released its first gin in 2015. The trio brought in Chris Garden, formerly of Sipsmith, to be the brand’s master distiller. Together, they devised a production method using three distillation techniques to create the truest juniper flavour possible.

At the heart of their recipe is locally grown green juniper. Once covered in juniper plants, the Northumberland National Park is now a hub for their revival in England and the Hepple Estate is leading the charge.

Walter says, “The part of the Northumberland National Park we are in has a large population of natural juniper. It both channels the traditions of gin, with a spirit that is flavoured predominantly with juniper, and links back to our care for the environment in the place that we work and live.

“If you really care about natural flavours you approach the lands producing those natural flavours with care and reverence, not just in our approach to harvesting and propagating but also how you treat the ingredients in the still.”

Hepple Spirits sources green juniper from the estate, alongside berries from Italy and Macedonia to supplement its crop. It has a juniper propagation programme, in which seeds are harvested from ripe berries, planted in a nursery and cultivated for two years before being replanted on the moors. So far, it has replanted around 500 juniper plants. This programme feeds into a larger ‘rewilding’ process which is happening across the Hepple Estate to reintroduce native plants and wildlife.

The eventual plan is for Hepple Gin to use 100 per cent homegrown juniper – although it could be 20 years before the propagation scheme has planted enough junipers to make this possible.

Walter says, “Everything we are doing in the Hepple spirits is trying to rebuild from the ground up. It changed our approach to purchasing and sourcing and distilling. You end up with a gin that sits in the classic category; it is not a massive deviation from the traditional notions of what gin should taste like, but it is massive deviation in terms of how it is distilled.”

The one-shot production process for Hepple Gin starts with a pot still distillation. Italian and Macedonian juniper, coriander, angelica, orris, liquorice and fennel seeds are loaded in with local blackcurrants, blackcurrant leaf and Douglas fir, then combined with an English wheat-based neutral spirit for a six-hour distillation. Chris Garden explains, “We spent a long time developing the recipe for that copper pot still knowing that we were going to layer on other flavours from the two other processes.”

Next, there is rotary evaporation. Hepple’s rotovap is used to distil its local green juniper, along with lovage, lemon peel, and more blackcurrant leaf and Douglas fir. It heats the botanicals under low atmospheric pressure, which lowers the boiling point to 40-45ºC. This lower heat produces, as Chris calls it, “a truer representation of what you are distilling”.

For the truest representation, look to the supercritical still – the third and final part of the process. This piece of kit extracts the ‘absolute of juniper’ through a process involving ground ripe juniper, liquid CO2 and several thousands pounds of pressure (you can read more about supercritical distillation here). Of this ‘absolute’, which comes out as a golden oil, Chris says, “It really gives the gin a depth of flavour, and means it always has this base note of juniper coming through.”

Alongside its work to reinvigorate the local juniper population, Hepple Spirits is reducing its environmental impact in other ways. It screen-prints its bottles to reduce the amount of ink and plastic used, and is pushing its suppliers and manufacturers to reduce their plastic usage too. The distillery uses biodiesel to fuel its boiler and is planning to instal solar panel to generate more renewable energy.

The water used in its pot still condenser is sourced from a bore hole on site; after use, it is left to cool, then cleaned and fed back into the local waterways. Chris explains, “My previous distillery used 18,000 litres of water per distillation run and all of that goes into the sewer system. The water we use [at Hepple] is diverted back into the river system so there is no carbon footprint to our condenser unit.”

As these processes indicate, Hepple Spirits is not afraid to try new things. Alongside its groundbreaking original gin, its range also includes Miriam Gin, distilled with ingredients from just one juniper bush, and its new Ultrasonic cocktails, made with liquids aged in the supercritical still using juniper wood.

0 comments on “In the Green Corner: Hepple Spirits”