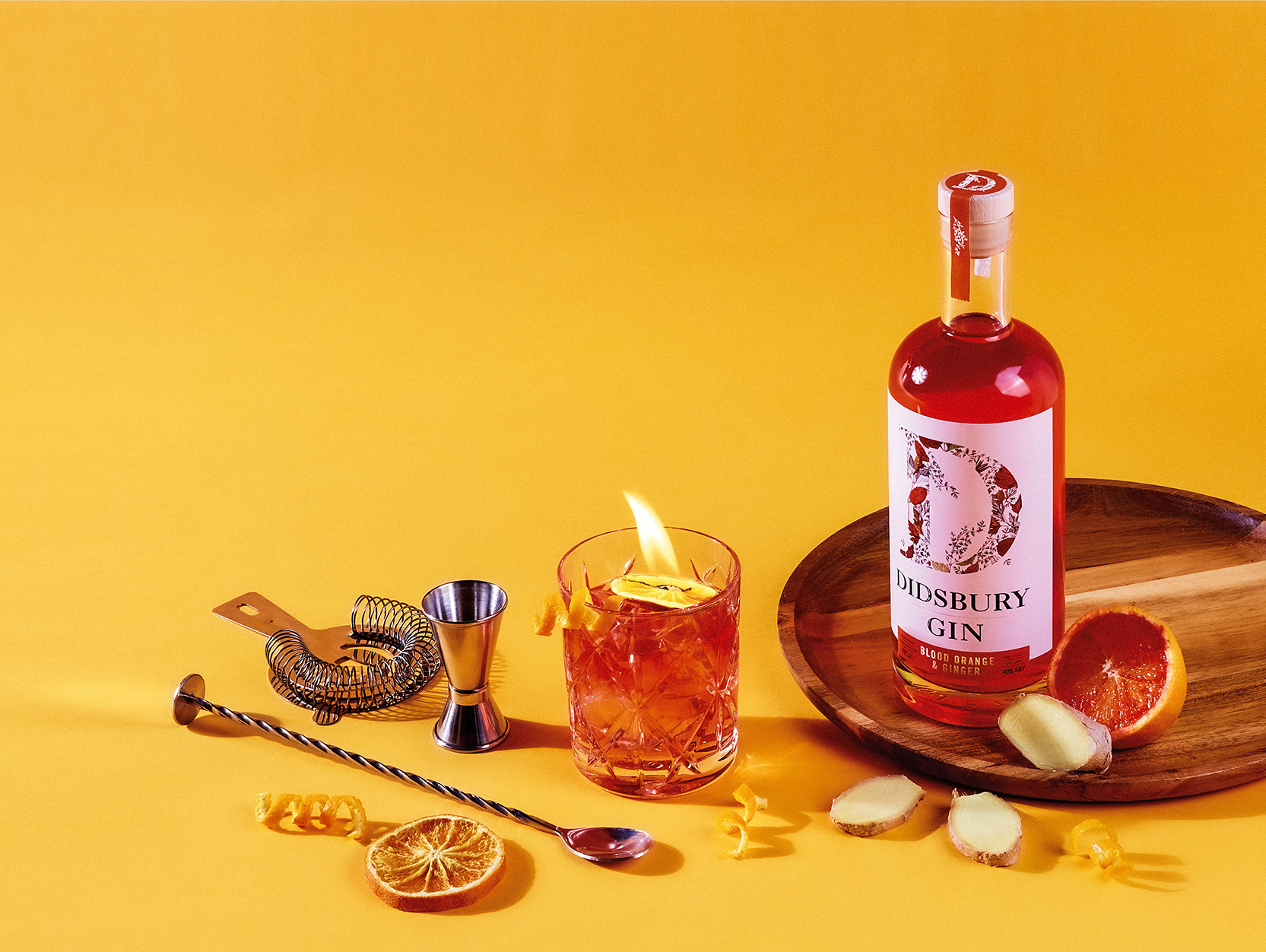 Flavoured and fruit gins continue to drive sales – our writer finds out more about orange gins in particular, and whether this trend is set to stay

With pink gin sales going through the roof in recent months, it’s easy to see why orange gin has been the next fruity iteration to follow suit. On top of ticking the aesthetics box – who wouldn’t want to drink a gin which looks like a cocktail in itself? – orange-flavoured gins are juicy, flavourful, zesty and citrusy, and the fruit itself tends to sit well alongside botanicals such as juniper.

It’s predicted the trend for flavoured gins will continue well into 2021, too. According to a recent survey by Stirling-based Boë Gin, more than half of UK drinkers aged between 18 and 34 choose flavoured gins over more classical juniper-led gins. Not only that, but a market report released by the Wine and Spirit Trade Association (WSTA) reveals 10 million more bottles of gin were bought in 2020 compared with 2019, with flavoured gins driving these sales. Impressively, some 27 million bottles of flavoured gin – worth £456 million – were sold in 2020 alone.

So, what’s all the fuss about? We caught up with three British distillers to find out how they make their zesty gins, and to get their thoughts on where this category is going.

For James Oag Cooper, co-founder and managing director of Foxhole Spirits, which makes Hyke Gin, creating an orange gin came about from a desire to utilise surplus produce and to fight waste. “For Hyke Signature Series Orange, we source oranges that would otherwise go unused. We add fruit and botanicals to our award-winning Hyke Gin, which is distilled with a sustainably sourced grape spirit, and support this with an additional botanical maceration for complexity and balance,” he explains.

The result is a subtly zesty and fruity gin. The oranges are obtained from a producer of supermarket pre-packaged fruit salads; the team takes the zest and flesh of the oranges and macerates them with their unique recipe of botanicals to infuse the gin. This is then added to the base spirit of the signature Hyke gin, made from surplus table grapes.

But what does James attribute this growing orange gin trend to? “I feel it’s down to two key things,” he says. “Firstly, it’s an evolution of the pink gin trend, which paved the way for more flavour-led gins. Plus the fact that gin drinkers want to discover – and are thirsty for – new expressions for their G&Ts, and are looking for variety in their repertoire.” James also predicts this thirst for variation could lead to “more fragmentation” in the flavoured gin category, adding that, “Orange gins will have more competition as distillers get more adventurous.”

It’s easy to see why orange gin is so popular, particularly when the flavour profile of this spherical fruit is considered. On top of being eye-catching and making the ideal garnish in a G&T or cocktail (especially when the zest is burnt to release its oils), oranges are packed with juicy and punchy citrus flavours.

Didsbury Gin’s Blood Orange & Ginger expression is made by infusing fresh blood orange and ginger with the base of Didsbury’s Original Gin, and it sits alongside Raspberry & Elderflower and Strawberry & Sicilian Lemon bottles in its collection.

For Didsbury Gin founder Liam Manton, the combination of blood orange and ginger was a flavour match made in heaven: “We wanted to launch a flavour that was adventurous, something which had a hint of sweetness, but also maintained the signature bright, vibrant and zesty kick you get with all of our Didsbury Gin flavours.” As with many orange-flavoured gins, Didsbury’s Blood Orange & Ginger Gin also lends itself well to cocktails – Liam recommends a breakfast Martini, made with blood orange, granulated sugar, club soda and mint.

For Johnny Neill, founder, distiller and eighth-generation member of the Whitley Neill family, inspiration for Whitley Neill’s Blood Orange Gin is deeply rooted in family nostalgia. “We were looking at the travels of the Whitley Neill founding family, and the flavours and aromas that can be sourced from further afield,” he tells us. “My grandparents honeymooned in Sicily, and it was Sicily’s sunsets and sundowners which inspired this particular gin.” To create the Blood Orange Gin, dried orange peels are distilled in Whitley Neill’s Original London Dry Gin, which forms the base of the blood orange iteration. The peels are sourced from Spain, while blood orange is sourced from Sicily and infused into the gin.

Johnny explains, “We dilute the gin that has come off the still with about 80 per cent of the water needed to bring it down to bottling strength. We then infuse it with a highly concentrated and distilled blood orange essence, and add a little bit of sugar. We then add the remaining water to bring it to our bottling strength of 43% ABV. All the ingredients we use are natural.”

For Johnny, the appeal of citrus also lies in its “classic flavour” and the fact that it’s a key ingredient in global gastronomy. “The flavour mixes well with most ingredients, and it is a great base for cocktails. Citrus is also naturally associated with gin botanicals, and it has become a popular garnish too, so orange gin just takes the gin experience one step further. The popularity of the Aperol Spritz and the Amaro Aperitif is really driving this trend, too.”

So, what are Johnny’s predictions for 2021? “Orange and citrus gins will always be an on-trend category, and I think they will continue to fare well in 2021 and beyond. Experimentation with global citrus fruits will also be huge this year as Asian, Central and South American citrus flavours and products become more popular. Other flavours to look out for include pear and stone fruits, as well as exotic fruits such as watermelon. We’re also seeing dual flavours becoming more popular, such as citrus and floral, citrus and spice, and citrus and sweeter tropical fruits such as mango, pineapple and lychee.”

Considering it was King William III – better known as William of Orange – who first popularised gin in the UK in the 17th century, it seems fitting that orange gins are currently having their time in the spotlight. As sales in the flavoured gin category continue to boom, it seems safe to concur that orange gins will continue to thrive in 2021, with twists on traditional flavours continuing to emerge, such as blood orange, clementine and orange blossom gins.

0 comments on “Flavoured gins: is orange the new pink?”