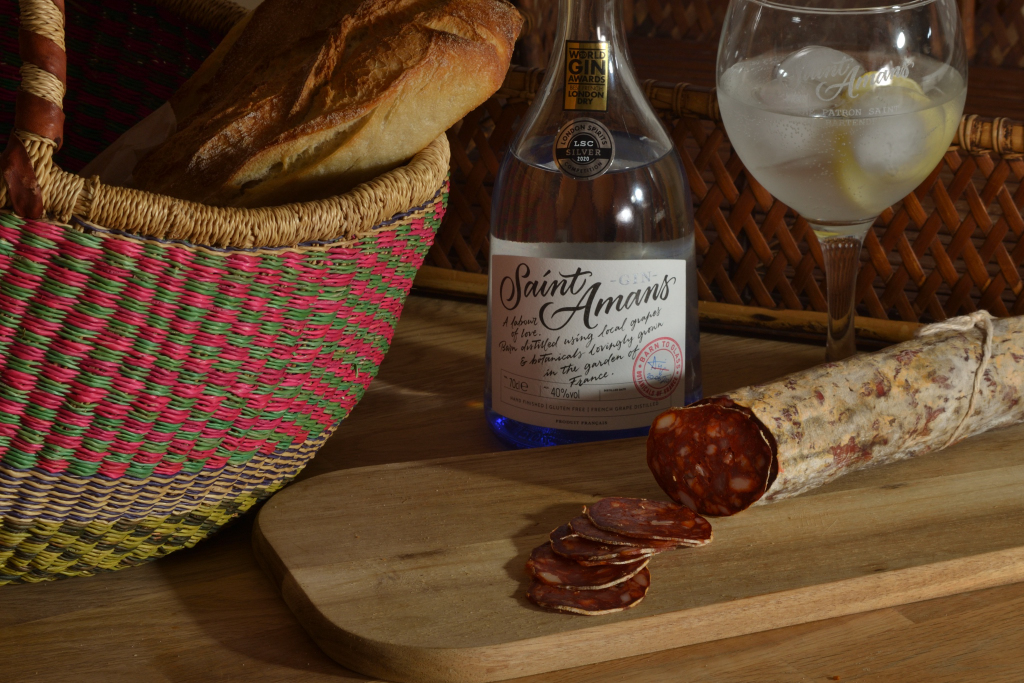 Grain spirit may be considered the industry standard for gin, but there are plenty of distillers exploring alternative ingredients for their base spirits

You could be forgiven for thinking ‘terroir’ is a word used to talk about wine. That’s because, normally, it is: the particular natural environment in which a wine is produced is of immense importance to its flavour and identity. But with the explosion of craft gins onto the juniper-flavoured spirit landscape, it’s no wonder that gin producers are also looking for ways to create a spirit with their own stamp on it, either inspired by or reflective of a particular location (or sometimes both) – which is where the concept of terroir in relation to gin comes in.

The idea of provenance and identity is of growing importance to gin producers, particularly because the notion of terroir in gin isn’t subject to the same exacting standards as with wine. Rather than focusing on the precise conditions in which a wine is produced, taking into account any number of geographical and environmental factors, terroir in gin instead refers to, “the way in which a distillery manages to capture the character of an area through their choice of botanicals or, in some cases, base spirit”, as David T. Smith puts it.

Traditionally it’s the botanicals that have done the heavy lifting in giving gin a sense of place or identity. The Redsmith Distillery in Nottinghamshire, for example, is proud to offer a dry apple gin made using Bramley apples native to the area, while Four Pillars’ Bloody Shiraz gin sees the distillery’s original gin steeped with Shiraz grapes local to the Australian Yarra Valley.

Neutral grain spirits have long been the industry standard for gin production, especially in the UK, and it’s still fairly commonplace for gin makers to outsource this and buy it in large quantities from spirit producers (it’s certainly a cost- and time-efficient practice). But more and more, people are experimenting with base spirits made from different products. Botanicals aren’t the only way to infuse gin with a sense of place, and the vast number of possibilities this offers are beginning to be realised by producers.

Saint Amans is one such producer. The brand came about because, “We wanted to create something that reflected the best of what south-west France can offer,” Anne MacColl-Turpin tells me. She and her partner founded Saint Amans just a year and a half ago, driven by a desire to showcase the region’s biodiversity; based only an hour’s drive north of Toulouse, they’ve got a colourful array of fruit, vegetables, herbs and spices growing right on their doorstep. Moreover, their gin is named after a local village: there’s certainly a strong sense of identity in the Saint Amans brand, which is steeped in French culture.

However, as we’ve established, it’s not just about the botanicals. Saint Amans uses a grape-based spirit for its gin, which in part was chosen because of the prevalence and ease of growing grapes in the Languedoc region. But also, as Anne explains, “I think the base spirit is the foundation for everything, and we deliberately chose to go for a grape-based spirit because we felt that that, again, reflected better what the south-west of France is all about.

“Languedoc has the highest variety of grapes that you can find across the whole of France, so it’s a very rich, diverse region.”

In addition, Languedoc produces more than a third of the grapes in France; the brand has both quality and quantity at its disposal when selecting its base spirit, which is derived from a variety of grapes.

Using a grape base also ties the product to the country’s most well-known grape-based drink. Saint Amans works with sommeliers, whose feedback has been very positive.

Anne mentions one of their key distributors, based in Toulouse, “He loves to have our gin in his portfolio, because he sees it as a really authentic product, and his sommeliers can talk about it with confidence because it’s a grape-based spirit.”

Taste plays an important role, but part of this importance lies in using flavours that are themselves evocative of a particular place. Saint Amans uses a heady mix of 18 botanicals local to the area including goji berries, raspberry, lavender, Toulouse violets, and Espelette pepper. This is a gin that fundamentally showcases its surroundings, and it’s the base spirit that both underpins and complements all these flavours. “Because we have a grape base, we feel that it allows that complexity to emerge. It also helps to smooth the gin as a whole.”

However, sometimes it’s worth putting a twist on something known and loved. Distillers now are beginning to realise the potential grains have to bring something different to the gin market if they’re given the chance to shine. For Adnams Copper House Gin, grain spirits aren’t just something to be masked beneath a layer of botanicals; there’s recognition of their value. Similarly to Saint Amans, the particular base spirits it uses are of importance to the gin’s identity.

Adnams is a name you might be more familiar with in a different context; it had been brewing beer on the same site in Southwold, Suffolk for a century and a half before the Adnams Copper House Distillery opened in 2010 and started producing spirits. How does Adnams’ impressive legacy, as a brewer first and foremost, tie in with its gin production? Head distiller John McCarthy explains, “Adnams, to start with, is a brewery, so we have the ability to make alcohol; why would you buy alcohol if you can make it yourself? We make different ‘washes’ as we call them – not beers – and they then ferment out to give us different base vodkas for our gins.”

Using what’s already available to them is part practicality, but more than that, it reflects how irrevocably tied to the beer the gin really is; the Copper House name distinguishes the latter from the former, but the identity of Adnams’ clear spirits is still fundamentally shaped by its brewing origins.

And of course, Adnams is also known for using local produce. The grain most commonly used in Adnams gin is, necessarily, the one most commonly used to produce its beer – barley – and this is exclusively locally grown. “I could take you to the fields and show you where the barley’s growing. The rye as well, the rye for our vodka and our rye-based gin is actually grown about a mile and a half away. Jonathan Adnams [chair of Adnams] grows it himself, on his little farm,” John tells me.

Adnams is situated in what’s often referred to as ‘the breadbasket of England’; East Anglia is well known for its agriculture, and as John explains, “Everything we do starts in a field, locally.” The Copper House gin is undoubtedly the product of this particular region, exemplified in the brand’s ‘grain to glass’ ethos. Not only is Copper House gin fundamentally tied to its East Anglian homeland, but it’s also inseparable from the Adnams name – both factors play a part in the gin’s identity.

And what about the flavour? “I think it adds to the mouthfeel… and it has some flavour as well, it has some sweetness,” John says.

Talking about the other clear spirits that Adnams produces, he notes that, “Our Longshore vodka, which is primarily wheat, has a different flavour profile, and we also make one from rye, which again is a spicier, completely different vodka.”

Interestingly, there’s also some consideration of the base spirit as an important flavour element in its own right. “It’s not an overpowering botanical… but it’s there, it’s more about the feel in the mouth.” So Adnams thinks of the grain used in the base spirit as a botanical? “We do, really,” John responds. “Because we can!”

Perhaps one day the gin world will properly cultivate this notion of terroir in a drink and will give base spirits their chance to shine – alongside the other botanicals, where they belong.

1 comment on “Gin makers expressing ‘terroir’ with their base spirits”