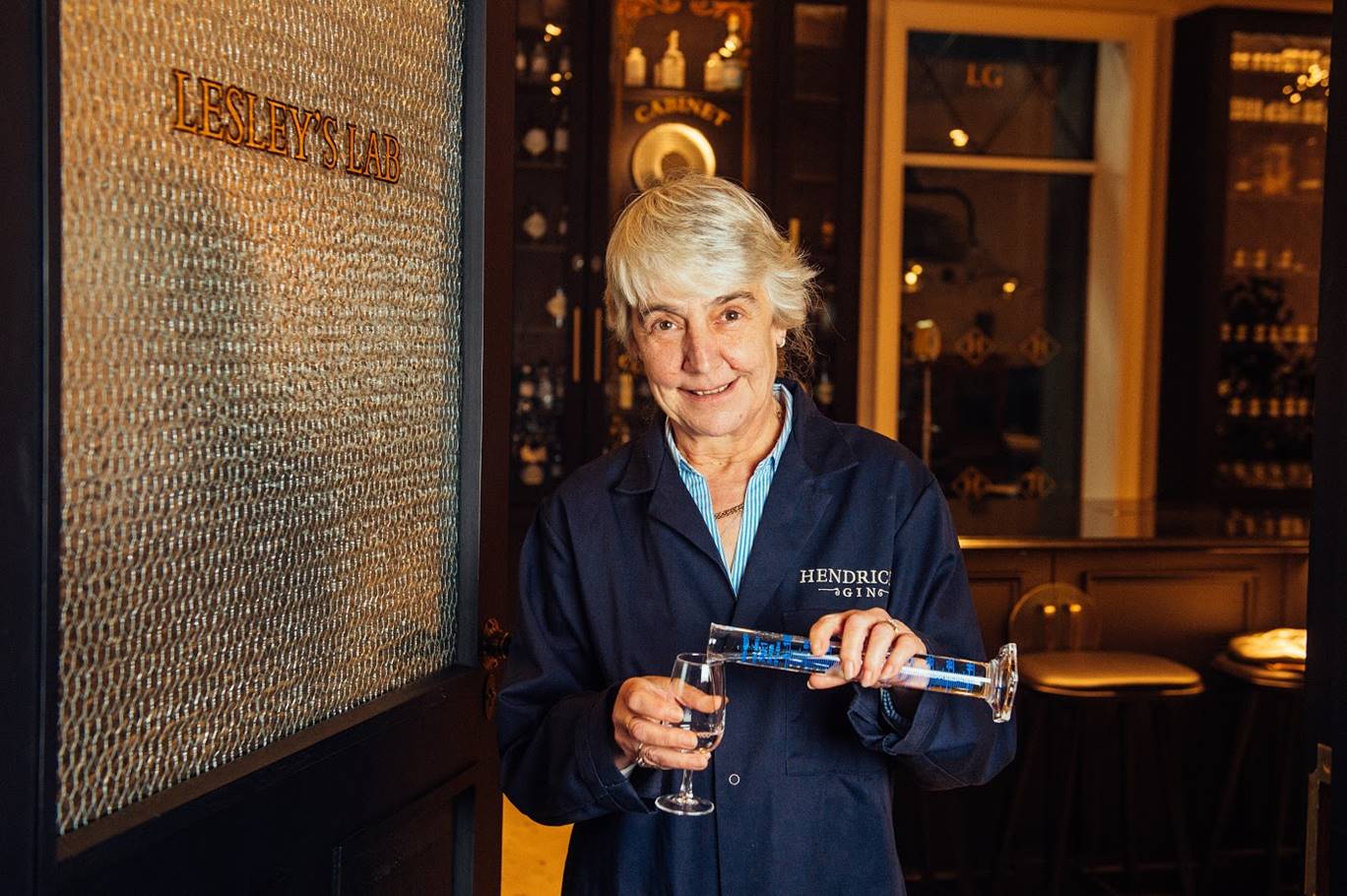 Lesley Gracie was originally a chemist by trade, and has been working with William Grant & Sons since 1988. In the late 1990s, she was asked by Charles Gordon to develop a gin that would defy the conventions that had dominated the category for decades, and the result was Hendrick’s Gin, released in 2000, the brand for which she is still master distiller and which helped to launch a worldwide craft gin resurgence. Lesley’s skills have powered the quirky brand’s rise to global prominence in the premium spirits market and she has helped to craft new expressions that continue to push boundaries in gin creation, even travelling deep into the Amazon jungle in search of inspiration. She was inducted into the Gin Magazine Hall of Fame this year.

Gin Magazine (GM): Was there anything in particular that drew you to the gin industry?

Lesley Gracie (LG): I never planned to go into the gin industry, it was one of those things that just happened – right place, right time. I started off my career using my chemistry training in the pharmaceutical world, where I worked in a research and development laboratory. Part of my role there was playing with flavours to mask the bitter taste of the new medicines we were developing. I later moved to William Grant & Sons and joined their technical team, and my interest in experimenting with flavour meant I became involved with all sorts of new product development which was fun.

Then in 1999, Charlie Gordon said he wanted a new gin but one which was totally different to those available at the time, something with plenty of depth and complexity. This was a surprise to us, to say the least, as the gin world at that time was very quiet. However, he had amazing foresight, and once I started on the project it became apparent to me that gin is an amazing drink, one in which there is a limitless scope to produce new and exciting flavours.

The ability to use combinations of many different botanicals allowed me to use my interest in plants and flowers to produce distillates with truly unusual flavour profiles. So, although I never set out to work in the gin industry. I am really happy to be here. My chemistry background, fascination with flavour and passion for plants and flowers, along with a little luck and serendipitous circumstances, has led to a career of endless gin experiments.

GM: Does the gin world feel any different now than when you started out?

LG: The difference is staggering: when I started developing Hendrick’s the gin world was quite small but the growth over the last twenty years has been huge. You only have to walk down the supermarket aisle to see the range that is now available. The difference in the botanicals and flavours being used shows the imagination of producers is limitless.

Many new distilleries have opened all over the world and each of these bring their own variations, many utilising their local botanicals to give a vast array of flavours and aromas. The rise of the cocktail scene has also added to the popularity of gin; it is a great base spirit for bartenders to make amazing drinks, as you can push it in so many different directions flavour-wise.

GM: What’s the thing you’re most proud of in your work?

LG: To have been involved with Hendrick’s right from the start and having developed a gin that has truly sparked people’s imaginations. It’s been incredible to see the growth of Hendrick’s Gin over the years, how it has been adopted by so many people all around the world and the impact it has had on the gin industry as a whole.  I still get a buzz whenever I see someone pick up a bottle of Hendrick’s Gin from the shelf in a shop.

GM: What do you most enjoy in your work?

GM: What does International Women’s Day mean to you as someone working in the gin industry?

LG: As the popularity of gin has grown, I have been lucky enough to meet many women within the industry and we all share the same feelings for the sector. We are all where we are because we want to be there and our passion and interest for gin keeps us going. We have worked hard to be in our positions and there are no limits to what we can do – if you want it, go and get it!