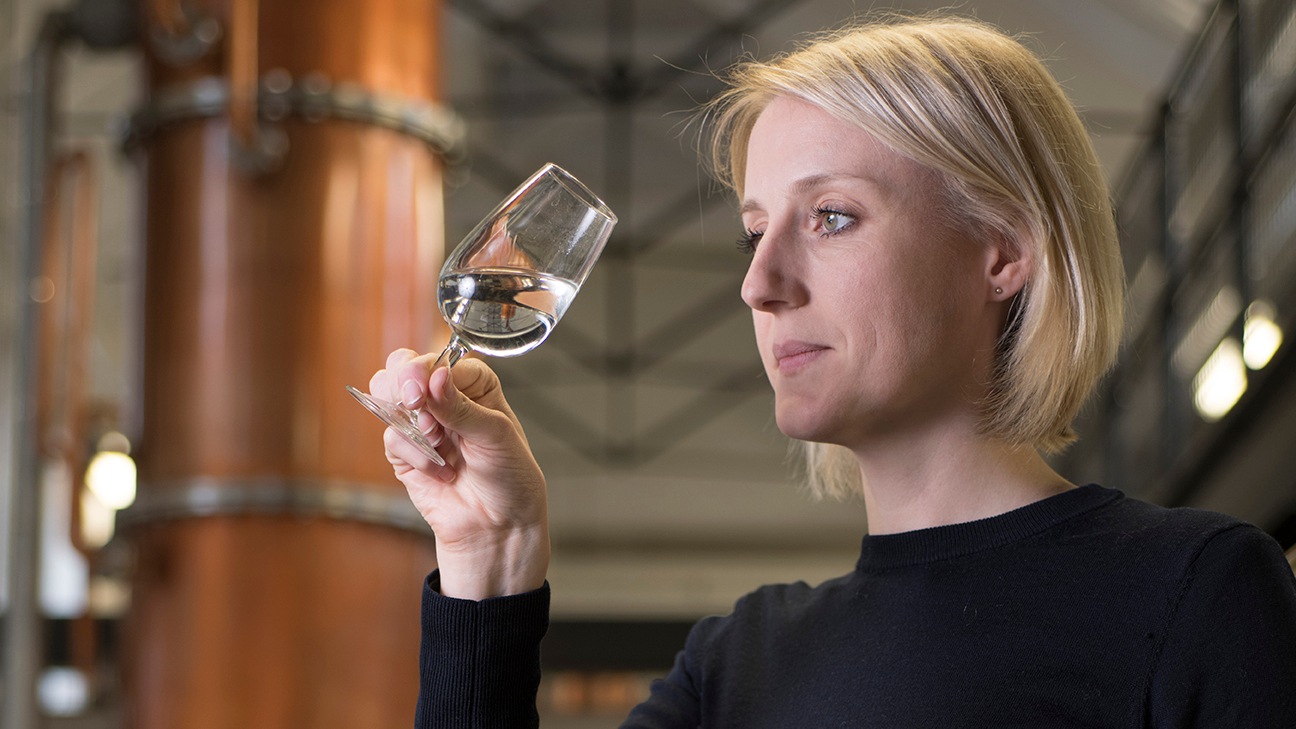 Recently appointed as the Gin Guild’s Grand Rectifier, Dr Anne Brock leads a team of more than a dozen distillers at Bombay Sapphire, overseeing the production quality and innovative direction of the global brand. Beyond this, she is a passionate advocate for all things gin, supporting others in the industry and sharing her expertise informally and through educational initiatives. Her knowledge, enthusiasm and expertise also earned her recognition in the 2021 Icons of Gin Awards, as Master Distiller of the Year.

Gin Magazine (GM:) Was there anything in particular that drew you to the gin industry?

Dr Anne Brock (AB): I decided from a very young age that I wanted to be a doctor, and help people (as you do as a kid). So I did all my science, I went to med school, and it just wasn’t for me. I realised that within the first year, and I left and became a bartender, which was a great choice! I don’t think my parents thought it was a great choice at the time, but certainly it was brilliant for me.

This industry is incredible, and that extends from the on-trade, all the way through to the distillers and producers and spirits companies. So I sort of fell into a new little family at the hotel I was working at, and stayed in the bartending industry for just over three years before going back to university [to study organic chemistry].  I finished my PhD and wanted a job, and there’s this idea that the organic chemist and the bartender could come together in one person – and that’s a gin distiller.

GM: Does the gin world feel any different now than when you started out?

So you’re seeing a lot more women running their own distilleries, owning their own spirits companies and spirits brands, and that’s been brilliant. And the more that you can get those diverse voices speaking up – whether that’s at events, or through the media, or on social media – it all just helps add to the industry’s voice as a whole, and that voice should properly reflect the fact that it is a diverse industry.

GM: What do you most enjoy in your work?

AB: I think for anyone in this role, working on a brand like Bombay, it’s quite crazy how big your role is in terms of all the different aspects that play into it; the variety that we have really makes me love my role.

One of my focuses at the moment is sustainability, and it’s a focus for the brand as well. Four years ago, if you’d told me I would be getting quite geeky about carbon emissions and water usage at a distillery, then I probably wouldn’t have believed you! It’s something that I’ve had to take on as part of my role, but it’s something that I’ve now become really passionate about, and I want to push us further as a distillery and a brand and really challenge ourselves.

There’s innovation as well, because I don’t think you can be a distiller without enjoying innovation. That whole side of creativity is a really important part of the job, and I’m so lucky because Bombay was an innovative brand when it started, and it’s always been pushing that creative boundary.

GM: What does International Women’s Day mean to you as someone working in the gin industry?

AB: It’s an interesting one, from the point of view of the connection to the industry. I think International Women’s Day does a great job of enabling women’s voices to be heard, and that’s the important role it does. I think the industry – not necessarily gin but the drinks and spirits industry as a whole – is definitely aware of the power of International Women’s Day, and you can just see that on Twitter and in the press with the number of different events that are happening, showcasing female talent in the industry, and hearing female voices, which is super important. It’s important to have women in the industry speak up, so that people know that there are women in the industry, and what they’re achieving, what they’re up to.

I’m actually sitting on a panel [tonight; tickets available here:] that Bombay Sapphire are running, with a number of female artists and a couple of women from the drinks industry, and they’re going to be showcasing their talents for making drinks, I’m going to be chatting about my role as master distiller, and then we’re going to be highlighting the work of some talented artists as well, so I think it’ll be a fun event. And you don’t need International Women’s day for something like that to take place, but it does encourage those sorts of events to happen.

GM: Do you find there’s quite a collaborative relationship between distillers across the industry?

AB: I remember I was dealing with something with Bombay quite early on in my time as master distiller, and it was a technical issue that was puzzling me, and I remember Stephanie [Macleod, master blender at Dewar’s Whisky) picking up the phone and saying ‘If you ever want to bounce ideas around, just give me a shout, I’ve been in your situation and I know it can be tough’. It’s really nice knowing that I can reach out, and have reached out, to master rum blenders, master whisky blenders, masters of vermouth; it’s nice to have that community within Bacardi, but also outside of Bacardi the industry is incredibly supportive. I hope I can continue to repay that with other young distillers, when they’re coming in. I think it benefits us all if we have a strong succession line of great talented distillers coming into the industry because then we’ll always have great, brilliant spirits around us!