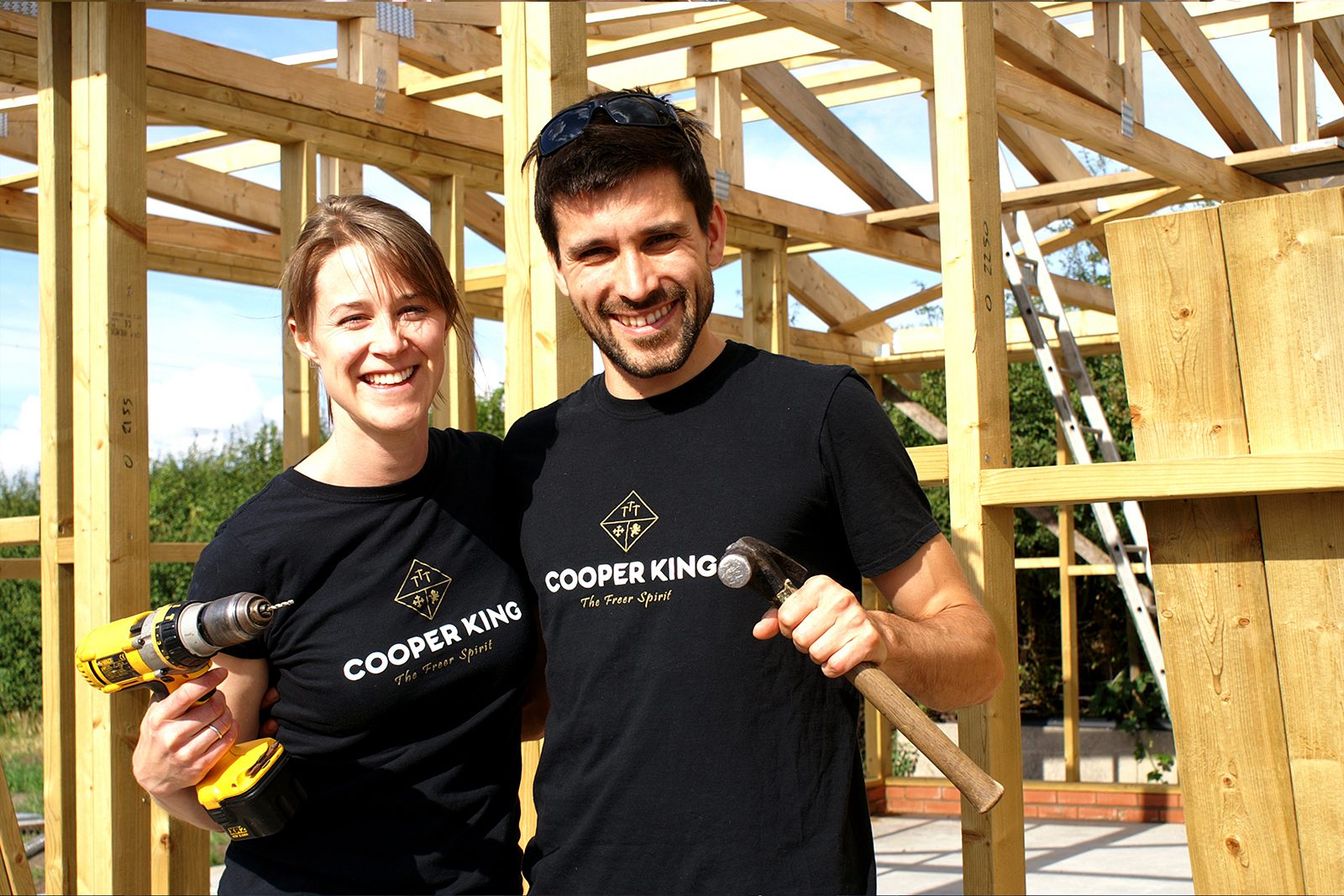 For Chris Jaume and Dr Abbie Neilson, founders of Yorkshire’s Cooper King Distillery, the paramount goal is to run a “distillery with a difference”. Their approach to sustainability has certainly achieved that, putting them at the forefront of environmentally friendly distilling.

Founded in 2016, the distillery was inspired by the husband and wife team’s travels in Australia. Having experienced the continent’s beautiful natural landscapes – and the effects of climate change on them – the couple decided they wanted their distillery to be as environmentally friendly as possible.

Last month Cooper King reached a major milestone in its journey, becoming the first distillery in England to make “carbon-negative” gins. The achievement was reached through a range of sustainability initiatives at the distillery, coupled with investment in high-impact carbon offsetting. But this is just one headline in the company’s laudable and multifaceted effort towards sustainable distillation.

“We have an absolute dedication to craftsmanship, honesty and transparency, with our sustainable ethos underpinning every decision we make,” says Chris.

“It’s a hands-on and wholesome approach to running a distillery, which requires a deep understanding of every stage of the process: from the farming of your raw ingredients, through to the distillation process and packaging of the spirit, to the postage materials and end use of the empty bottle.

“It’s an expensive way to operate. Green energy, paying a fair price for locally sourced ingredients, choosing to work with likeminded ethical suppliers… this all comes at a price.”

The Cooper King story began seven years ago when Chris (then working as a chartered architect in Leeds) and Abbie (a scientific researcher for Leeds University) decided to quit their jobs and run away to Australia. Soon after landing on the island of Tasmania, they discovered a small whisky distillery and ended up falling in love with the craft.

“Embarking on and embracing the adventure turned out to be the best decision we ever made. It gave us the freedom to connect with our adventurous sides and time to explore what we really wanted from life, and gave us the courage to follow through our new-found vision – setting up a distillery with a difference back home in Yorkshire,” Chris says.

“On our travels we were lucky enough to experience some of the world’s most beautiful places, such as the Tasmanian Wilderness World Heritage Area and the Great Barrier Reef, though we also witnessed destruction. Wildfires ripped through Tasmania soon after we arrived, and living and working alongside the reef for six months opened our eyes to the damage being done to such an awe- inspiring place.

“The actions of both businesses and consumers affect the health of the planet, and we as a company are creating sustainable products for those people wishing to reduce their own environmental impact.”

Sustainability is woven into the fabric of Cooper King Distillery. Chris explains, “We are a ‘circular economy’ business, which in a nutshell means stopping waste, improving efficiency, and looking after both people and planet. It’s also a mindset. It’s about understanding the impact your business has on the environment – the damage it causes – and exploring ways to mitigate this with bold, decisive action.”

Raw materials are sourced as close as possible to the distillery to support local farmers and reduce food miles (to source more exotic ingredients, such as cardamom and clove, Cooper King works with an ethical supplier).

Its grain neutral spirit is sourced from a larger distillery just down the road and made with Yorkshire-grown wheat and barley. It uses raw honey from its on-site beehives (managed by Abbie’s father Graham) and has set up polytunnels (overseen by Abbie’s mother, and head gardener, Pauline) to grow some of its botanicals including lemongrass and basil. Chris says the distillery also has some exciting plans afoot for the sourcing of its juniper.

The distillery has been powered by 100 per cent renewable energy from day one. Distillation is done under vacuum on rotary evaporators (rotovaps), which use much less energy than traditional gin stills. It also uses a closed-loop cooling system, which saves around 26,000 litres of water annually.

Cooper King is also a zero-waste distillery. Spent gin botanicals are composted on site or sent to a local bakery to be used in breads. Spent barley from its whisky mash is fed to a local farmer’s cattle. All other waste is either recycled or sent to a state-of-the-art incinerator less than 20 miles away which generates power for Yorkshire homes.

As well as what goes in, Chris and Abbie are committed to making what goes out sustainable. They have eliminated all plastic packaging for shipping, instead relying on locally designed cardboard boxes and using shredded cardboard or biodegradable potato starch pellets for packing where required.

Two years ago Cooper King introduced the country’s first gin refill scheme, allowing customers to bring their empty bottles back for a refill and save money in the process. The idea has since been adopted by distilleries such as Silent Pool.

The distillery runs a tree-planting scheme in partnership with the Yorkshire Dales Millennium Trust (YDMT), which sees one square metre of native woodland planted for every bottle of gin sold, and it is a member of the 1% for the Planet scheme, donating 2.5% of gross gin sales to the YDMT.

You may think Chris and Abbie have the sustainable approach nailed – but they firmly believe there is more to do. They are currently striving towards B Corp certification and are developing a masterplan to turn their one-acre site into a destination distillery for eco-tourists.

How does the couple square the distillery’s growth with their ‘green’ ethos? “For us, they go hand in hand,” says Chris. “It is important to remember that sustainable growth can be outwards, by which I mean the strengthening of relationships with the gin community near and far, working ever closer with our suppliers, local famers, stockists and of course planting more trees with our charity partner the Yorkshire Dales Millennium Trust.

“After all, the more Cooper King gin people drink, the more native English woodland gets planted, hugely increasing biodiversity and offsetting carbon emissions. For a sustainable business to succeed, the focus of growth should not purely be on increased reach and turnover.”

0 comments on “In the Green Corner: Cooper King Distillery”