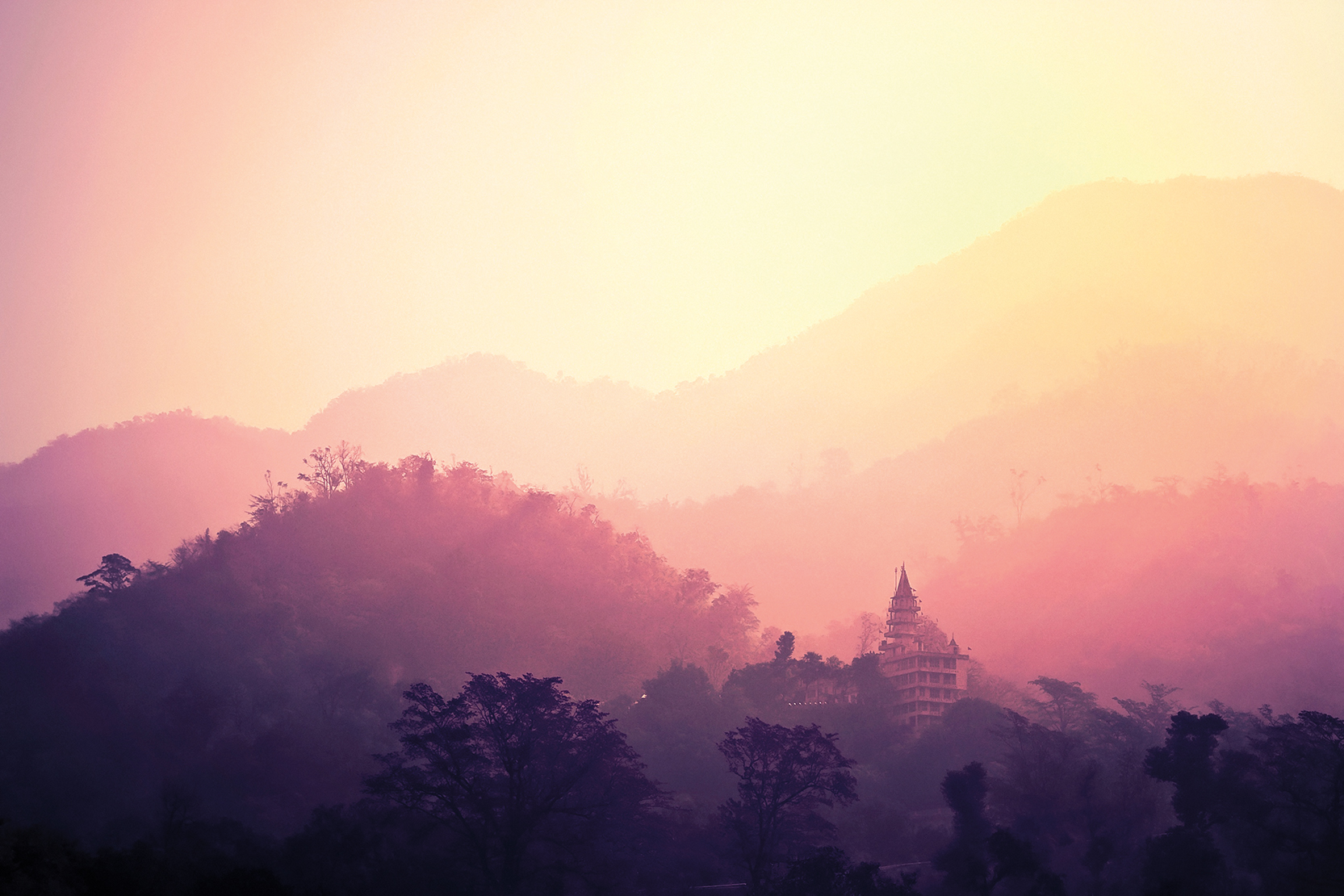 As the perception of ‘craft’ produce in India changes, more homegrown gin brands are planting their flag

If you look at pure market economics, starting a gin brand in India makes no sense. Brown spirits – your whiskies and rums – make up 97 per cent of spirits sales in the country. Clear spirits claim just three per cent of the market, and of that, two per cent is vodka. Once you take out the (relatively) vast gin market share of globally present, imported brands, you’re left with a vanishingly small 0.2 – 0.3 per cent of the market that is occupied by craft gins.

Those numbers would be enough to make even the (fool)hardiest of drinks entrepreneurs run for the hills. And yet, the market for craft gin brands in India is exploding, following the same trajectory seen in Europe and the US.

Anand Virmani, co-founder of Goa-based Nao Spirits, is one of the entrepreneurs who thought it was worth a shot. “That 1 per cent proportion is strange,” he muses. “It makes sense for us in a hot country to be drinking long, cold gin and tonics rather than whisky on the rocks.”

After working with Hendrick’s from 2009-2013 as part of the brand’s Indian marketing team, Anand helped set up a bar in Delhi in 2015. Despite seeing that Indians were “really not all that keen on gin” in his work for Hendrick’s, he found that the bar’s clientele were far more informed about gin than he had ever dreamed possible in India.

“We had so many people asking for gin, knowing the brands and how they should be served. But while people were starting to appreciate gin, there was not a lot to drink,” he says, reciting names like Gordon’s and Tanqueray. “We understood that a gin culture had to be built and it could not be built on global brands from outside, it had to be built on homegrown brands.”

Before Anand and his colleagues knew what was happening, they were one of the homegrown brands. “We wanted to get someone else who knew gin to make it for us… but no one wanted anything to do with gin as a category,” he says. “We tried to understand a bit more about distilling, where the laws would allow someone to produce gin on the scale that we were looking at, and at that point it was not looking good. But we thought we would just go for it and I am so glad that we did.”

They were lucky enough to secure the help of one Dr Anne Brock to develop their recipes. At the time, Dr Brock was working with a little south London outfit called Bermondsey Distillery, and had yet to take up her globally recognised position at Bombay Sapphire.

Nao Spirits’ flagship gin, Greater Than, is now a go-to craft gin brand for bars in India and is available in 14 countries including the UK and US. Its second gin, Hapusa (which means ‘juniper’ in Sanskrit), has just hit the domestic market.

Although India has a native species of juniper at its disposal – Himalayan juniper – Nao Spirits is one of the few distillers to use it. It forms the base of Hapusa Gin, as Anand explains, “Himalayan juniper is earthy, almost muddy, but we love that. We threw in raw mango, turmeric, and gondhoraj lime peel. We didn’t go really wild – these are botanicals that are easy to find in kitchens across India… All of the ingredients come together to create a good sipping gin.”

Third Eye Distillery, the producer of Stranger & Sons Gin, is another great champion of Indian ingredients. Its botanical mix contains four types of homegrown citrus fruits (gondhoraj limes, mausambi limes, nimbu limes and Indian oranges) as well as Goan nutmeg and mace, and it uses a wheat and barley-based spirit produced in Punjab.

Sakshi Saigal, who co-founded Third Eye Distillery with her husband Rahul Mehra and cousin Vidur Gupta, discovered gin in Spain while studying for an MBA in 2015. She also mentions the Indian preference for brown spirits, and a prizing of “quantity over quality”, as a reason for craft gin’s sluggish start in the country.

“Premium Indian gin at the moment makes up a tiny proportion of the spirits market, but that is definitely growing. You see a lot of people who were drinking whisky who want to try gin and people are forming their own gin clubs. The fact that we didn’t have a good-quality homemade gin earlier is probably what is encouraging people to try them,” Sakshi says.

When it comes to launching gin in India, prestige and a proven record in distilling can help. This was the case for Amrut Distilleries, which released its Nilgiris Gin in 2020. It was the first company to launch an Indian single malt whisky in a country outside of India (the UK) in 2004, and now has some 30 whisky expressions in its portfolio, as well as the Two Indies Rum brand, made with a sugarcane juice-derived product called jaggery. According to joint managing director Thrivikram Nikam, people in India look out for the distillery’s new releases.

“The company started in 1948 and it’s still a family-owned company, a three-generation business. We are known for innovations,” he says. “People here know Amrut and have respect for the brand.”

The idea for Nilgiris Indian Dry Gin began with Amrut Distilleries’ late chairman and managing director, Neelakanta Rao Jagdale, during a trip to his summer home in Ooty, in the foothills of the Nilgiri Mountains in southern India. The mountains are well known for their indigenous spices, herbs and tea plantations and are also home to a government-owned botanical garden, which proved to be a source of floral inspiration.

Amrut Distilleries started experimenting with its gin recipe in 2016, procuring a specific pot still for gin distillation at its Kumbalgodu distillery. After trying numerous recipe iterations, and a delay due to Covid-19, the gin launched in the Bangalore area in December.

Thrivikram explains, “We have used 10 botanicals including paan leaf, very native to India. It is used as a digestive after food and leaves a nice taste on the palate as well… Since the gin is from the Nilgiris we have also used a small amount of tea.”

Another brand to hit the market in 2020, Terai Gin, also has an enviable distilling heritage. Its founder Shekhar Swarup is a director of Globus Spirits and a fourth-generation member of a family that has been distilling spirits in India since 1958. Terai Gin’s maker, the India Craft Spirit Company, was launched as a subsidiary of the Swarup family business and set up across the road from the company’s facility in Rajasthan.

“We get to select our base spirit and have it brought over to the distillery. It allows us that level of precision, for it to actually be from grain to glass,” says Terai brand ambassador and strategist Karina Aggarwal.

Like other states in northern India, Rajasthan is peppered with rice fields producing high-quality grains for export and spirit making – so it was a natural choice for Terai’s base spirit. Karina says, “There is not much information out there about what kinds of flavours a rice base spirit holds more than others. What we have been finding in our trials with botanicals is that it holds so much flavour.”

The Terai botanical mix features a lot of ingredients from Khari Baoli, Delhi’s largest spice market. Its ‘hero’ botanicals are holy basil and tulsi (fennel), with orange and lime peels, lavender, almond and rose petals in the mix alongside the gin staples of juniper, coriander, orris and angelica.

“The Terai region is all cultivated marshland, the largest part of the community is agriculture and we wanted to try that in the branding and flavour. It is a very green, herbaceous style of gin,” Karina explains. “What we are saying with Terai is that we like the idea of using a traditional form of distillation… but we didn’t want to create a London dry gin that had nothing to do with our provenance, that didn’t say in some way, ‘We are from India.’”

After launching in the off-trade in Delhi, Terai is hoping to put itself into the hands of the city’s bartenders from this month. Karina says, “There has been a sense [in bars] in India of, ‘I know what I want and I don’t want suggestions’, but we have empowered our bartenders to suggest things so they can feel confident about doing it, and that makes such a difference.”

For Stranger & Sons, cocktail serves and bar collaborations have been a key part of its marketing strategy. The brand has hosted events from London to Singapore and wherever it has gone, a team of brand ambassadors has followed to educate people and encourage them to try its signature serves: the Gimlet and the Gibson. At the distillery, these cocktails are served with garnishes made by a group of women who assist with its fruit peeling. Sakshi explains, “We started returning the flesh of the fruit to the women and they would make pickles and cordials.”

Increasing interest in and appreciation of homegrown products has powered the craft gin movement in India, as has the propensity of Indians to travel, taking in influences and preferences as they go. “Travel has created a lot of curiosity, people wanting to be the one finding something new and suggesting it to their friends,” Karina says.

Anand at Nao Spirits agrees that craft gin needed a leg up. “A decade ago ‘local’ was a bad word – it meant cheap or bad quality, and it was a commonly found word used with all sorts of negative connotations. But that is changing,” he enthuses.

“It was a big step for us in September 2017, when we launched Greater Than, when there was no one else out there. We didn’t know if we would last two months, so the fact that we have managed to ride a wave that was not there before is great. We certainly did not start the wave; we have been lucky that we have found ourselves in the right place at the right time. We have been part of that chorus that is saying we can genuinely make great products here in India.”

0 comments on “Inside the Indian craft gin revolution”