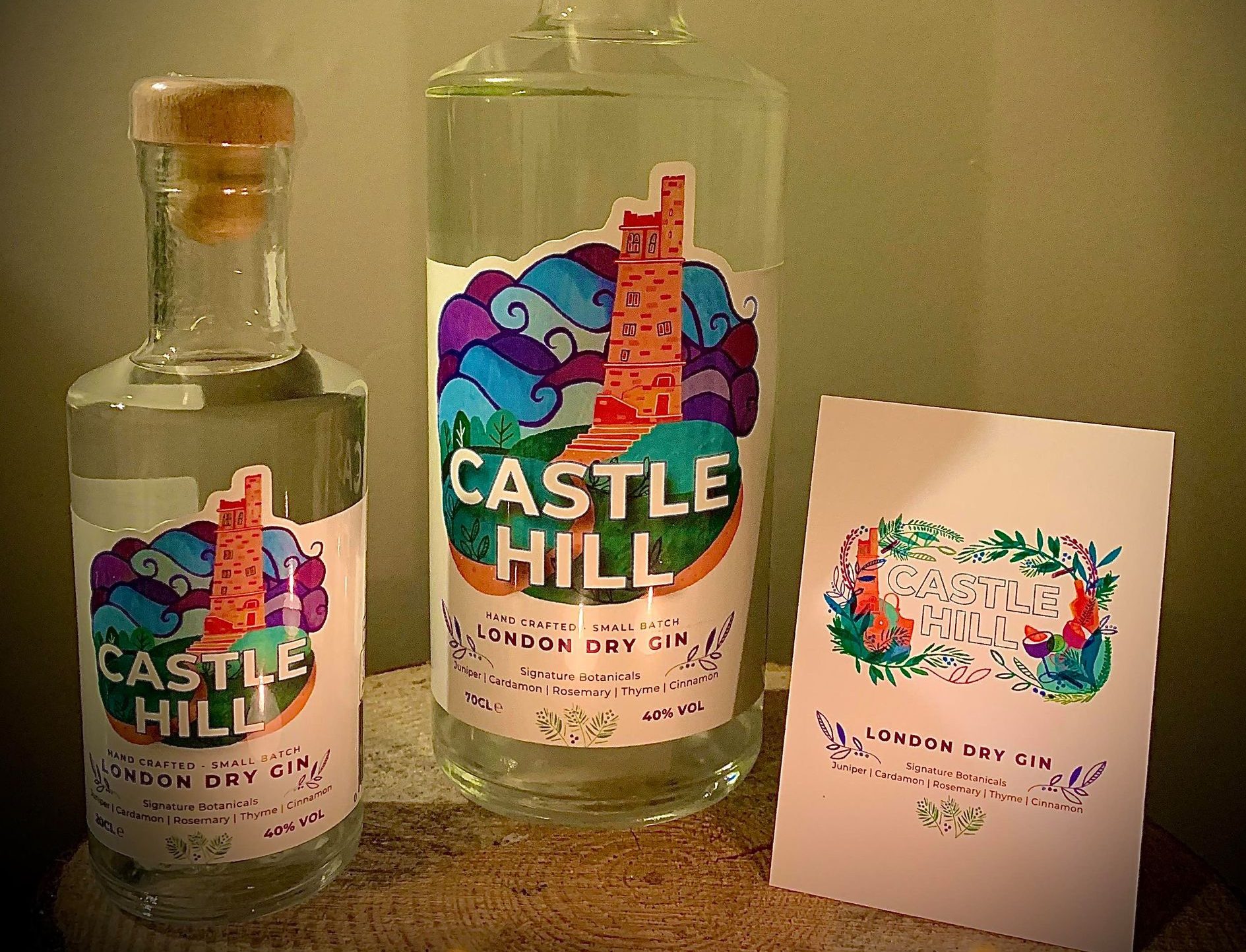 A gin brand launched as a side project in England’s coronavirus lockdown is making waves in its community.

Castle Hill Gin, based in Huddersfield in Yorkshire, launched just before Christmas 2020 and is named after its hometown’s most famous landmark.

It is the brainchild of Tom Clark, a graduate of Huddersfield University who was looking for a way to get by after the Covid-19 lockdown forced a hiatus for his escape room business.

Tom explained: “After university I went to work at our family print business in Bradford and worked there for 10 years, [but] as the years went on I had an urge to do something that was more my own and looked into starting either a micro brewery or distillery, and also an escape room business.”

In the end he went with the escape rooms, which opened in 2017. The idea of starting a distillery raised its head a couple of years later when he was looking to expand the business, but did not find a firm footing until early 2020.

“When coronavirus hit, I decided to put everything on hold until there was a bit more certainty on what would happen,” Tom said. “I’m really not someone who likes to relax, though, so after the second lockdown was announced I needed to start doing something to keep me sane, and decided to press on with the gin.”

Tom’s first inspiration for his gins was his love of Lady Grey tea. He formed a partnership with a local tea room to use their tea in Castle Gin’s Lady Grey expression, and also developed a ‘more typical’ gin to launch alongside it.

He said: “The Lady Grey is a true tea gin, with a full black tea body, complemented by the citrus notes from the bergamot, lemon peel and orange blossom. The London Dry gin is juniper led, more so in taste than smell, and creates a herbaceous mouthfeel from the rosemary and thyme, with added sweetness from the cardamom and cinnamon.”

He made an initial batch of 150 bottles of each expression and sold out of the London Dry Gin in around three weeks, so has started work on a second batch.