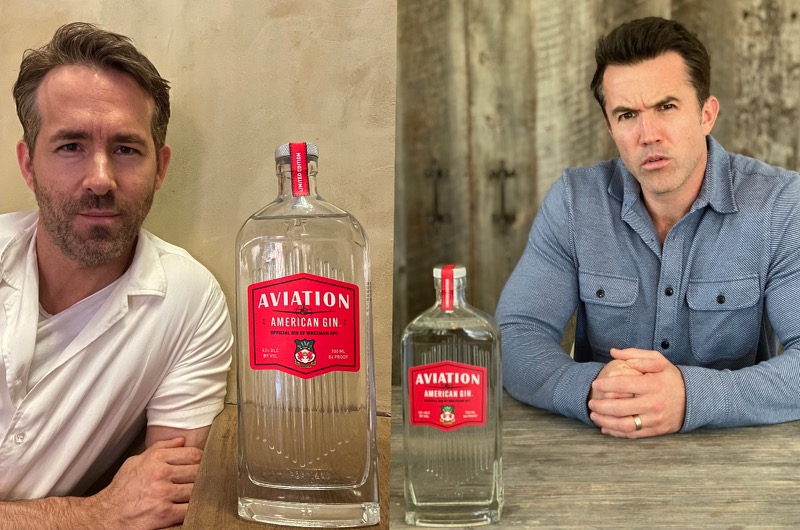 Aviation American Gin has launched a limited-edition bottle in conjunction with Wrexham Association Football Club, following a change in the club’s ownership.

The release comes after actors Ryan Reynolds and Rob McElhenney finalised their takeover of the Welsh football club, with the former also the co-owner of the Aviation American Gin brand. The pair’s ownership was given the green light by fans, and Reynolds and McElhenney have now invested £2 million pounds into the club as part of the deal.

The limited-edition bottle sees the classic Aviation American Gin bottle emblazoned with the official Wrexham AFC logo, bringing together the two names into one product. The bottle is made from clear bevelled glass, designed to be reminiscent of Art Deco styling.

It’s hoped that with this new 100% ownership, the club will see imminent promotion to the EFL, and become a ‘global force’.

Commenting on the launch of the exclusive bottle, Reynolds said, “It’s no secret that I love Aviation American Gin. I truly believe it is the best gin on the planet. Rob and I are ecstatic to have won the approval of the Wrexham fans and the League and this bottle is for them. It’s a small first step on what will hopefully be a legendary underdog story.”

The limited-edition bottle is available for fans to order from today via the official Wrexham AFC online shop.