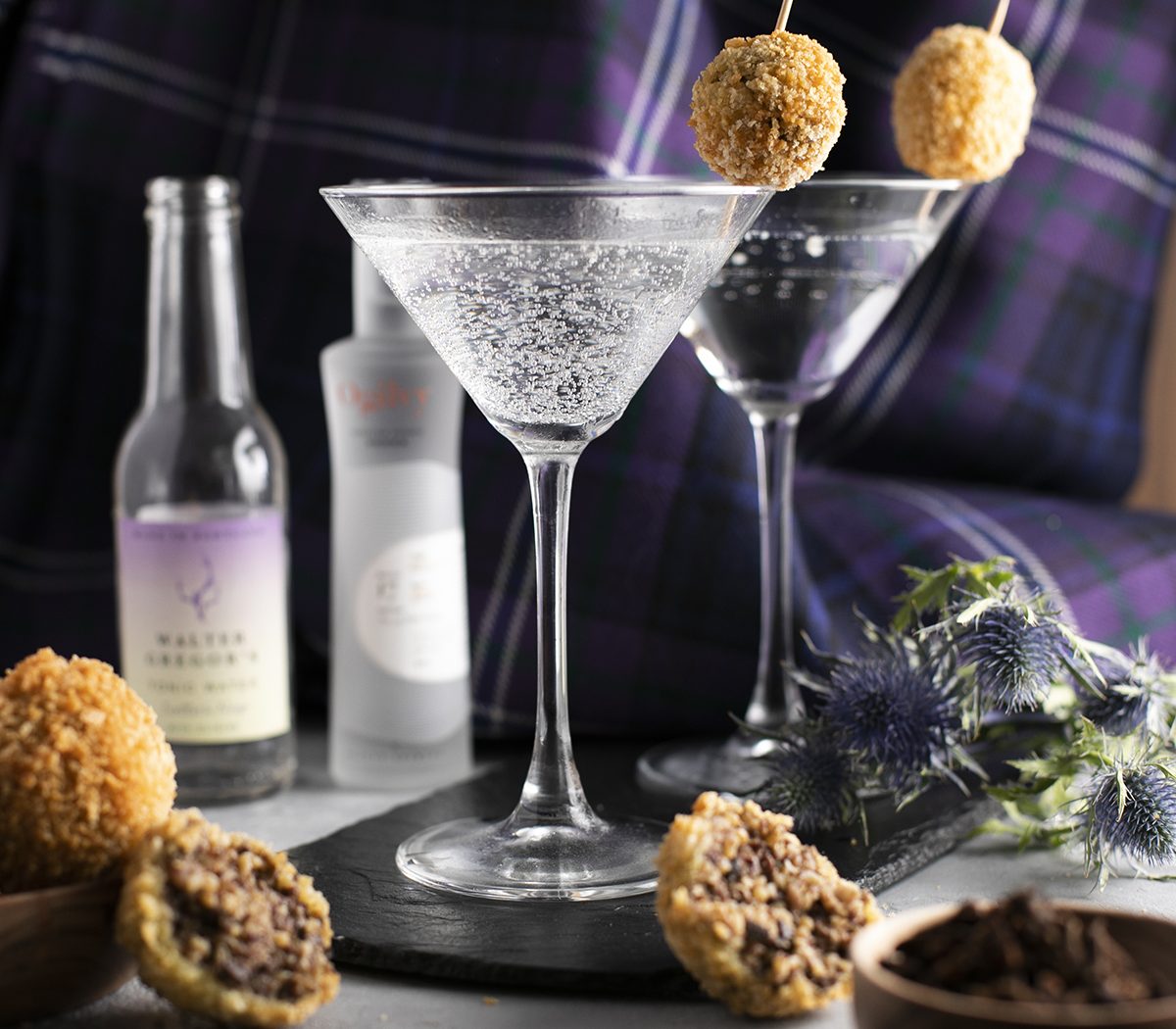 The brand’s founder Claire Rennie used neeps (swede) from her home region of Aberdeenshire to create the drink, and has designed an ideal aperitif with Ogilvy potato vodka to toast to Robert Burns on 25 January.

She said she was inspired to create the product as a drink pairing for one of her food loves, and another Scottish favourite: haggis. “As neeps and tatties are the natural accompaniment for haggis, we started experimenting with Ogilvy Vodka, a potato vodka produced on another farm in Angus,” she explained.

“With some neeps from our neighbour’s farm, we discovered that the infused tonic had a delicious clear, crisp citrus flavour with an aroma of neep.”

The neep tonic is made on site in Aberdeenshire using carbonated Scottish water, a neep infusion, quinine and sugar from British sugar beet.

Using Ogilvy’s vodka and the new tonic, Claire and her team have created the Neeps & Tatties cocktail – which she recommends serving with a haggis bon-bon at your Burns Night celebration. (You could substitute in a potato-based gin, such as Arbikie Distillery’s Kirsty’s Gin or Chase Distillery’s GB Gin.)

The limited-edition Walter Gregor’s Scottish Neep Tonic will be available on the brand’s website for delivery in January only.

Founded in 2015, Walter Gregor’s now has a core range of five tonics including Mint & Cucumber and Scottish Raspberry. The brand also has a monthly subscription service, sending out boxes of tonics and paired serves in plastic-free packaging.