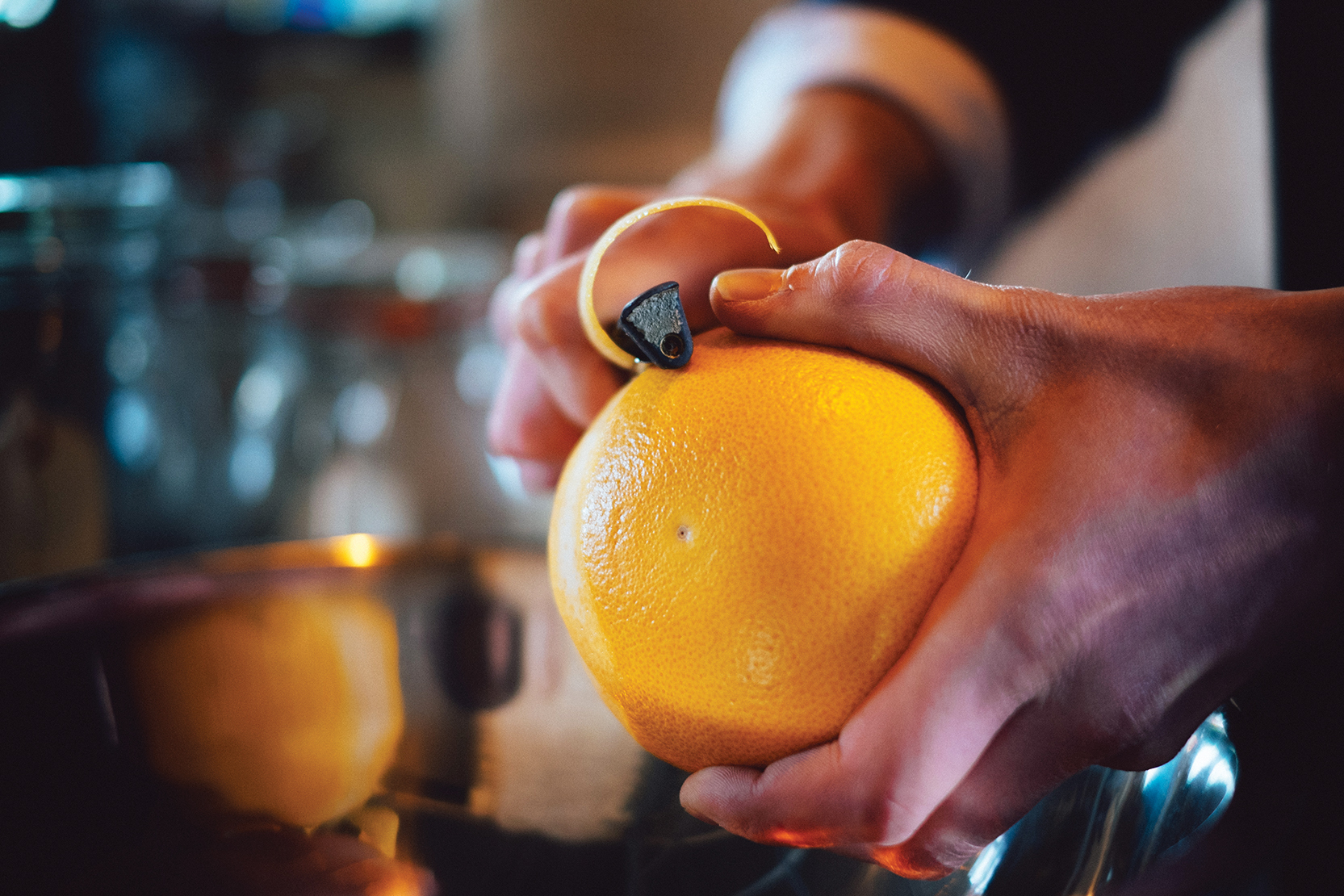 They may be the quintessential gin garnish, but how do citrus fruits behave as botanicals?

‘Opposites attract’ is a familiar concept, but remaining together beyond the initial attraction is another matter. If one partner is spontaneous but the other only likes spontaneity when it’s planned, they won’t complement each other and it can’t last. A pair of botanical opposites are oranges and lemons, with sweetness and richness a counter-point to freshness and tart notes. But as this contrast also enhances both parties, oranges and lemons can live happily ever after – at least in gin.

This duo was, traditionally, the entire citrus contingent, their dried peel containing the essential oils that provide flavour. More recently fresh peel has been appearing in various recipes, and a new generation including lime and grapefruit are also adding their peel into the mix.

The world provides abundant sources of citrus, with orange and lemon groves colouring the Spanish landscape, particularly in Jerez and Murcia.

“In Spain we can still find artisans who peel the fruit and dry the peel in long ribbons in the hot Spanish sun,” says Jim Long, proprietor and managing director of the botanical supplier Starspice Ingredients.

“We work with a specialist partner who buys and collects from these artisans. The material can then be hand-sorted and remain in whole peels, known as ribbons, or cut to specification from granules (0.8mm) to larger cuts (10-15mm). For some distillers we provide slices of citrus fruit, chiefly limes with peel with the flesh, which are also sun-dried.”

Using fresh peel does, however, entail extra work at the distillery, as it arrives intact.

“We buy large quantities of fresh organic lemons and limes, usually from Spain, which we peel at the distillery then vacuum pack and freeze. Lime is a huge pain as the peel is very thin – we use really good potato peelers to minimise pith. You need to see the pores in the peel, if you can’t it means there’s too much pith,” says Meeghan Murdoch, head of operations and distilling at Eight Lands Organic Speyside Spirits.

There is a way of using fresh peel without having to part it from the fruit, as Patrick van Zuidam, master distiller at Zuidam in the Netherlands, explains. “I tried fresh peels but found that putting whole fresh fruit into the stills gives a more vibrant, fresher and cleaner spirit.”

Another aspect that applies to peel is its provenance. “We use peel from Nagpur oranges, an indigenous variety granted GI (Geographical Indication) status five years ago, which is sun-dried and gives a sweet zesty note and body,” says Anup Barik, master gin maker and master blender at India’s Radico Khaitan Distillery, which produces Jaisalmer gin.

One GI lemon going into gin is Citron de Menton, which happens to be the local variety for Mirabeau, based in the Provence region of France.

“You can eat Citron de Menton quite happily as it’s less acidic and a bit more floral, with slightly thicker peel and pith which is less bitter pith than a regular lemon,” says Alex Ignatieff, Mirabeau’s director of gin and new product development. “We use fresh peel and also fresh zest, which is purely the top surface of the peel.”

Each citrus option possesses individual characteristics, though the extent to which these appear in the resulting gin depends on the way they are utilised: whether steeping or using vapour infusion, and the spirit cut. When steeping, for example, there is citrus action even before distillation begins.

“Within 20 minutes of lime peel going into the still the alcohol is extracting essential oils, and it takes 45 minutes to heat the still and begin distilling,” says Nick Franchino, production director at Cotswolds Gin.

There is a particular motivation for using vapour infusion, when botanicals are placed in a basket suspended in the neck of the still and have contact with alcohol vapours rather than liquid. “All fresh peel goes into the vapour basket to get the brightest, freshest top notes of lemon zest. The aroma is almost sherbet, and super zingy,” says East London Liquor Co.’s head distiller Tom Hills.

During distillation the profile of the spirit is continually evolving, which explains why a distillation run comprises three phases, beginning with the heads, followed by the spirit cut and concluding with the tails. The heads and tails have unsuitable characteristics, while the spirit cut is collected separately as gin. The move from heads to the spirit cut sees a dramatic aromatic change. Tom Hills explains, “The heads produce a foul smell of wet cardboard, but this soon passes, and then the entire still house is like a lemon grove, with bright, zesty, fresh fragrant aromas.”

Lemon notes are actually something of a fanfare for the spirit cut. Anup Barik says, “We start the spirit cut when lemon appears, which is followed by piney juniper and coriander notes. Citrus continues for half of the spirit cut, and we continue collecting spirit until we get to angelica and liquorice.”

The notes that citrus botanicals contribute are, ironically, difficult to specify as other botanicals including juniper, coriander and cubeb berries also provide citrus notes – but it is at least possible to draw some distinctions. “Lemon notes from coriander are much spicier than from lemon peel, and more apparent on the palate than the nose,” says Tom Hills.

Whatever the route to the resulting gin, citrus provides flavours that are attractive in their own right, but which also play a more strategic role. Meeghan Murdoch says, “You need citrus to lift the juniper, but not too much as it can be overpowering.” Tom Hills adds, “Citrus gives gin a bright subtlety that ties everything together.”

0 comments on “Citrus fruits as botanicals: the zing factor”