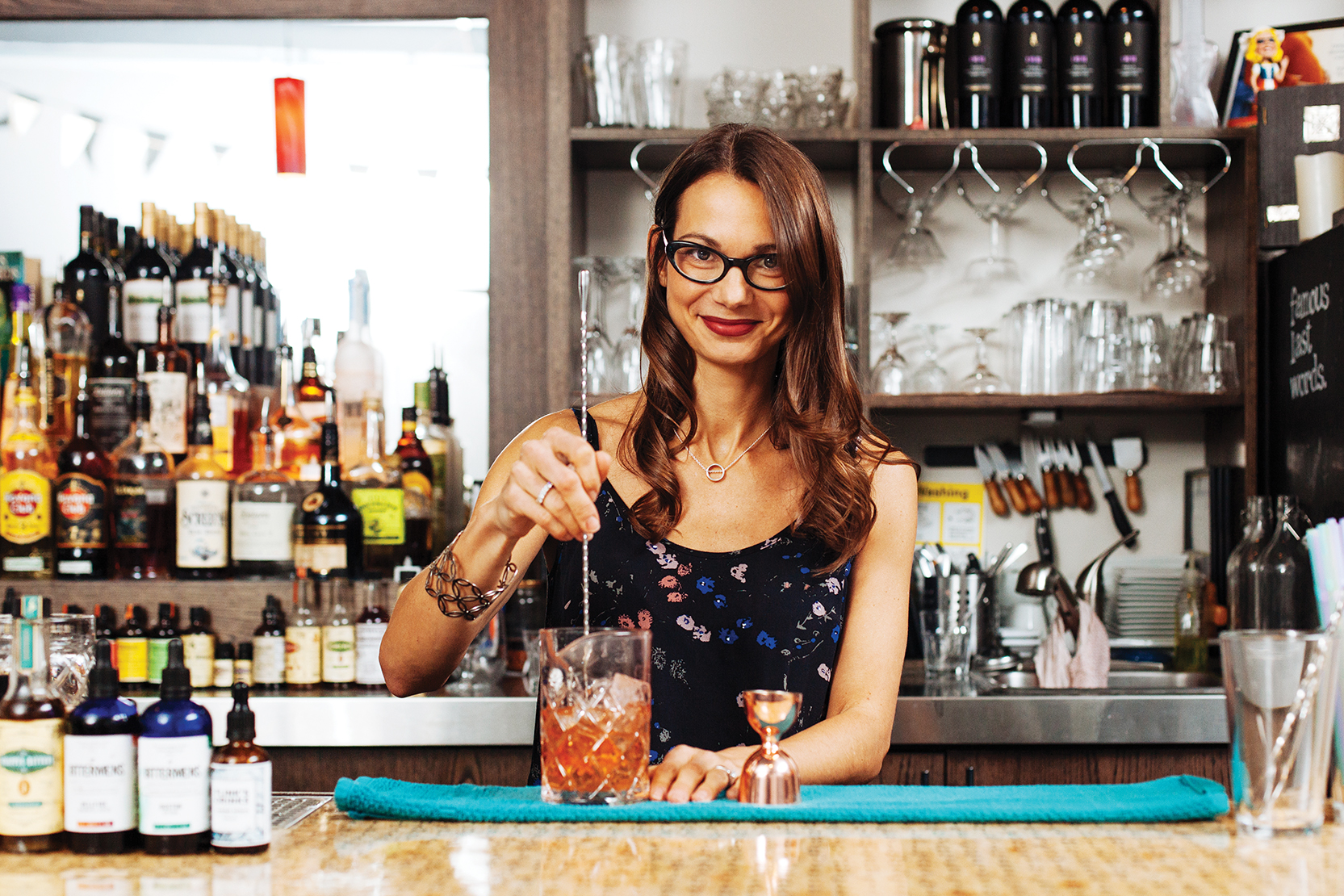 Our beloved bars globally are going back to basics: in many cases, mere survival in a bleak time of pandemic. Some countries are faring better than others, depending on government aid and how under control their Covid-19 numbers are. Some are hanging on with to-go, outdoor seating or limited indoor seating, while others are completely reimagining the future. Here are 10 global bars which do right by gin and are facing the pandemic head-on.

Little Red Door has been on The World’s 50 Best Bars list for seven straight years, a Parisian favourite hidden behind (you guessed it) a little red door. Bonomy Group CEO Daniel Schmidt (also of Lulu White and Bonhomie) says after closure in March, they reached out to investors to raise capital, led regular Zoom team meetings, heavily updated hygiene protocols and took care of staff in need. They created a line of bottled cocktails, with larger bottlings for park and Seine river picnics. Historically drawing an international crowd, LDR focused on brand identity locally and in neighbouring countries. Sadly, things took a turn for the worse in October as Paris’ bars were forced to close due to rising Covid-19 cases. Schmidt says, “The lack of international travellers has had an immense impact on the service sector… There seems to be no coherent national plan to deal with the issue… Restaurants are still open during the day. We have reached out to several with the offer to provide cocktails made on-site and prebatched. The response has been positive.”

As the city that created cocktails in the mid-1800s – and (along with New York) has led their renaissance in the past 20-30 years – San Francisco is loaded with dozens of the world’s best bars. But with California’s ahead-of-the-rest-of-the-US pandemic precautions, indoors only just started reopening at limited capacity, while bars now cannot operate without food. Wildhawk excels in all cocktail styles but its Martini menu draws gin lovers. In the pandemic, it has offered 10-portion bottles of its House Martini to store in the freezer and bottled versions of its signature Breakfast Negroni (Cocoa Puff-infused Beefeater Gin, Campari, Cinzano 1757 Vermouth and chocolate salt bitters). It has opened two parklets (city-sanctioned build-outs of parking spaces for outdoor dining), painted two new murals (SF’s Mission District neighbourhood where it resides is famous for its murals) and partnered with neighbouring Cuban restaurant Media Noche for food with cocktails.

Duck & Cover is a half-underground bar that shows off Denmark’s famed mid-century design (from wood panelling to leather chairs), accompanied by balanced, creative cocktails. Given Copenhagen’s limited, early bar hours and indoor capacity, the staff control the intimate space by reservations only. Since reopening in early summer, it has followed strict sanitisation protocols and early hours per local law. It has also partnered with international brands and local distilleries in cocktail hours. On the gin front, it co-created a gin with a few Nordic bartenders and Arcus Spirits, which it prominently features in cocktails like rosehip and vinegar tonics.

An 1832 Creole cottage housing an oyster bar, sustainable seafood restaurant and cocktail haven? It could only be in New Orleans. Seaworthy (adjoining Nola’s Ace Hotel) has got creative with its intimate space since reopening in September with a patio, limited dining room, to-go and delivery. Ace restaurant director Steven Rogers says they’ve reimagined their outdoor former events space as a “Breezeway”, implementing mood lighting and greenery, ideally covered for rainy days. Its dine-in menu features a couple new dishes plus a new takeout/delivery menu. Being in Phase 3 in Nola means 75 per cent occupancy, while it serves cocktails like a daily oleo saccharum punch (here’s hoping it brings back brunch and its Bottomless Pimm’s Cups).

Famous Last Words (FLW) is a Toronto bar worth going out of your way for. This cosy neighbourhood bar sports a book theme, Scrabble bartop and Marlene Thorne’s warm welcome. The Canadian government mandated closure on 15 March, and Thorne went through the usual complications faced by most independent bars and restaurants: laying off staff (including herself) and closing. Canada’s tough liquor laws were loosened a bit in Ontario, allowing the bar to sell cocktail kits, while it also offers Zoom cocktail classes and its popular book trivia club virtually. Patio seating and limited indoor seating recently returned, allowing FLW to reopen with its balanced cocktails, including gin joys like the namesake Famous Last Words: a house blend of gins, Chartreuse, maraschino liqueur, lime and sage.

Rooftop bars particularly shine in Downtown Los Angeles (DTLA), given year-round warm weather and towering high-rises. At the hipster, boutique hotels that proliferate downtown, like The Hoxton, rooftop pools exemplify LA’s laid-back vibe. With outdoor settings, rooftop spots have been able to ease into the pandemic, especially when they’re as good as Pilot at The Hoxton. Bar manager Reed Cahill and The Hoxton’s beverage director Brian Evans elevate drinks with ingredients like seaweed or bergamot. In the pandemic, they have shifted to more bottled cocktails (like their lush olive oil Martini), but also seasonal, made-to-drink cocktails. Try and resist their bottled Constant Gardener cocktail, a gin lovers’ joy of gin, Suze, celery, pineapple, lime and pandan leaves.

Husband-wife powerhouse Indra Kantono and Gan Guoyi pushed Singapore’s cocktail scene forward with Jigger & Pony in 2012, then went on to open multiple bars and restaurants. Their second bar, Gibson, is an intimate tribute to the Gibson cocktail and to cocktails of all styles, serving crushable joys like a mango hazelnut daiquiri or guava highball. All food and beverage outlets were closed in the city-state in early April, reopening 19 June under the island’s Phase 2, which includes a maximum group of five, distancing and early closing hours. Jigger & Pony and Gibson now offer consolidated to-go cocktails, food/drink sets and two-serving cocktail pouches on one platform. They experienced success with “Buy One, Gift One”, quickly selling out of gift sets for oneself and a friend. Gibson bar manager Gento Torigata continues to craft elegant, irresistible drinks like Always Summer, a scoop of coconut Botanist Gin sorbet doused in Bijofu Ginja Shuwa sake with finger limes.

Intimate, artful bars like HPS (Hiding in Plain Sight) have found it especially difficult to adjust to the pandemic situation as cosy intimacy, not spaced-out distancing, is the name of the game. HPS fully shut down in March, but has reopened with reservations, contact tracing and earlier opening hours, encouraging people on Facebook to “bring your dog, your laptop, or even better, your book, and get out of the house for a bit and join us for a drink in the afternoon. Have you ever seen us in daylight? Neither have we.” This kind of humour plays in its menus, too, with themes like murder mystery, alongside whimsical garnishes and glassware (think a Zombie variation in a skull glass).

Winning a slew of awards since opening in 2017, Tropic City’s colourful indoor-into-outdoor front patio surrounded by crumbling buildings and graffiti art feels like escaping to a tropical party. Given Bangkok’s year-round heat, that vibe is perpetually intact, bouncing back from pandemic with DJs, chef cookouts and rum tastings. But this is all with its Covid-19 safety elements, from temperature checks to guest registration. Sebastian De La Cruz and Philip Stefanescu’s sunny bar exudes vibrancy down to the striking mural of an older woman smoking a cigar. While their cocktails showcase rum, mezcal and pisco – rarities in Thailand – they feature all spirits, including gin in drinks like Love Hangover (Beefeater Gin, Crème de Pêche, spiced tepache reduction, mulberry, lemon and sparkling water).

0 comments on “The pandemic pivot: how bars are adapting to Covid-19”