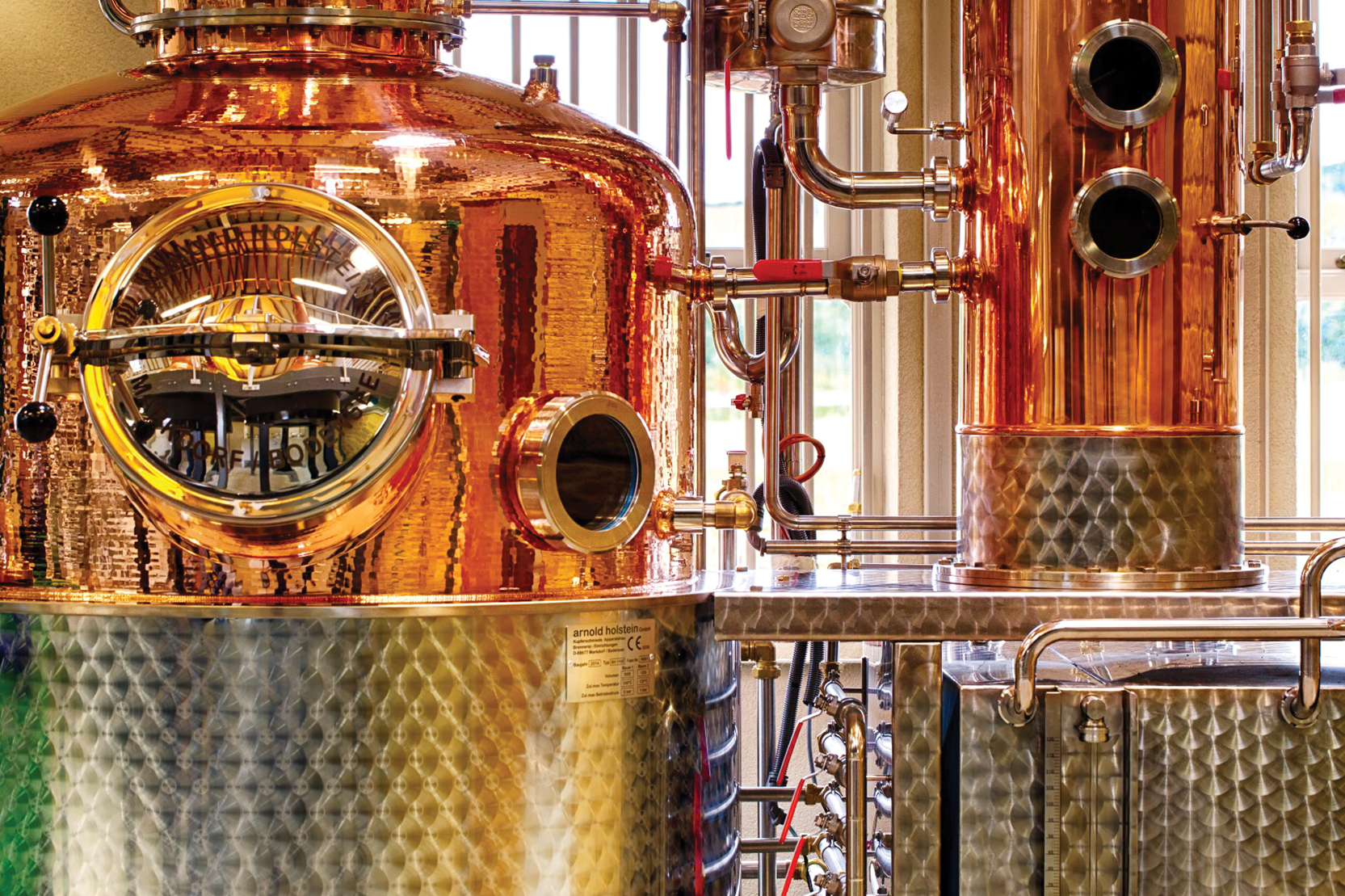 With new microdistilleries still popping up all over the place, we ask: how hard is it to start your own?

In opening a distillery, the ‘to do’ list is extensive and has no chronological order, which means that it requires multi-tasking on a continual basis. How long each task will take is, of course, only apparent once it’s completed. But at least there is a starting point: writing a business plan.

“When you’re just starting out you have so many great ideas, and a business plan makes things clear in your mind. It’s also a reality check for all the outgoings even before producing a bottle of gin you can sell,” says Robert Hicks, co-founder of Highland Liquor Company, which produces Seven Crofts gin.

If it seems that help is required to write a business plan, experienced professionals can advise on this, together with every other aspect of the project. Jamie Baxter, a consultant who is also an experienced gin distiller, says, “I’ve opened 45 distilleries in the UK, and most of them have been a complete turn-key operation.”

Adding up how much it will all cost is a pillar of every business plan, but how often do budgets remain faithful to the plan?

“I kept being told, think how much money you’ll need and double it. I’d say multiply it by five or even 10,” says Dan Szor, founder of Cotswolds Distillery, which opened in 2014.

So, where will the money go? An urban distillery usually means less space for more money, though offers greater accessibility than a rural location. Will it be a new build or existing buildings repurposed? And will there be an en-suite visitor centre, brand home, café and retail?

East London Liquor Co. founder Alex Wolpert says, “Finding a venue that worked as a production space and brand home in London took 18 months. Negotiating a lease took three months and I got the keys to the building on 13 January, 2014. We went hell for leather for a couple of months doing building work and installing equipment, and began distilling in July 2014.”

Looking back on this moment, would Alex have done his property search any differently? “I’d look for more space, as we currently have two shipping containers in the car park for extra storage. And I’d also have more questions to ask, such as how well does the new floor drain.”

Equipping a distillery means a shopping list that includes a pot still, with various suppliers and sizes to choose from.

Jamie says, “I always say buy the biggest pot still you can afford. You have to plan for success, and if you begin with a small-sized distillery it can be very difficult to scale up the production and storage space. The time between ordering and taking delivery of a pot still can be six months, though this varies dramatically depending on the manufacturer and type of still. Different stills also have varying levels of safety.”

“You need a separate health and safety consultant for compliance and best practice, and a consultancy to support your applications for licensing. There are many licenses available, including a distiller’s, rectifier’s, compounder’s, and warehouse keeper’s license. That’s why you need to be very clear about what you’re going to produce, and which licenses you will need,” says Alex.

Coordinating dates when licenses are granted and equipment is installed is the aim, but not always the reality.

“Timing is crucial for the licensing process. The still must be in position to obtain a license, but you can’t start distilling until all the paperwork is in place, which means this can be a frustrating period,” says Jamie.

There are of course plenty of other ongoing projects to complete, not least of which is the recipe.

“We wanted something flavourful and punchy, but this was a concept rather than a list of flavours and developing the recipe took two years, which was longer than we planned,” says Helen Chalmers, who co-founded the Highland Liquor Company with Robert Hicks. “We decided that batch 96 was the one.”

Going into production requires a supply of grain neutral spirit (the base spirit for gin, referred to as GNS). Whether GNS should provide a blank canvas to showcase the botanicals or should also add character to the gin is a fundamental question. A growing choice of GNS includes organic options, as well as grape or apple spirit, with the provenance increasingly promoted as part of a gin’s individuality alongside the choice of botanicals.

“We work with distillers while they are still developing recipes to advise on the choice of botanicals, and to develop a longer-term relationship,” says Jim Long, proprietor and managing director of the botanical supplier Starspice Ingredients.

And then it’s over to the experts who have the power to make it all happen.

“Recruiting the team was the biggest issue,” says Dan. “Eventually I asked the head of department at Herriot-Watt University’s distilling programme which of their students would soon be looking for a job. It took six months to put the team together.”

The distiller is undoubtedly a VIP, but a distillery also requires staff with other skills. “Many new distilleries are a two-person team, the distiller and someone selling, so they begin without anyone running the administration. But you’re not just looking to distill a gin, you’re running a business, and a good-quality management system is an important part of that,” says Jamie.

The investment required to establish a distillery can be calculated in pounds sterling, but the process also comes at a price that has nothing to do with money.

“No one prepares you for the emotional and psychological cost of it all – unless you’ve set up your own business you can’t put it into words. But it’s all absolutely worth it. I’ve learned so much, working with such an incredible team, that’s the best part of it,” says Alex.

And when everything is up and running, and the distillery is all set to produce happily ever after, there’s a final reminder from Dan. “It’s vital to produce a great gin, but it’s also about the brand, so the brand concept and marketing strategy need to be defined from the start. And you have to understand how long it takes to build a brand: years.”