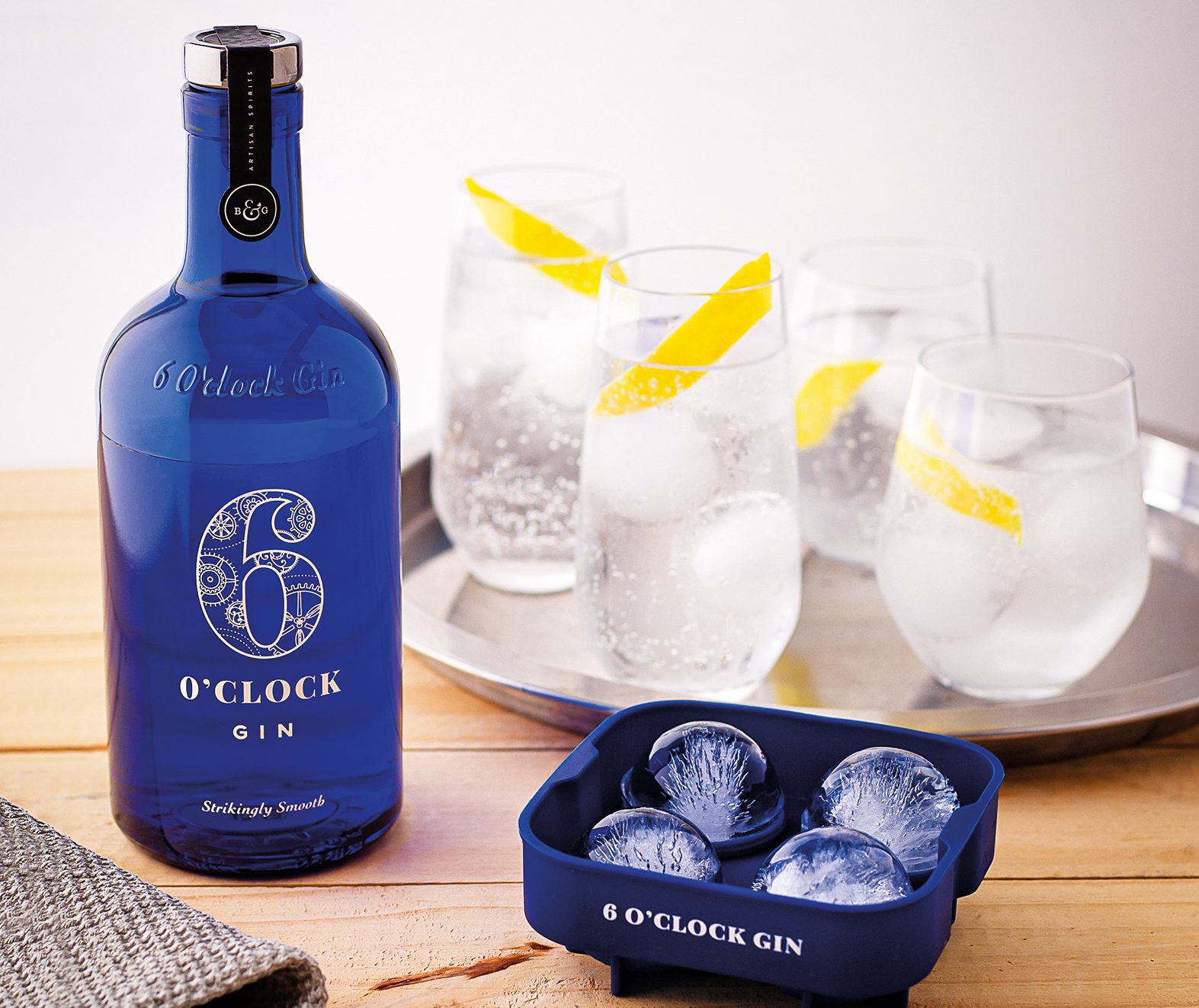 Despite all the unusual twists and turns that 2020 has taken, it remains a special year for British gin brand 6 O’Clock Gin; this autumn, it celebrates its 10th birthday. It was one of the first producers on the scene after Sipsmith kickstarted the modern UK craft gin revolution, inspired by a long-standing British tradition but staking a firm claim in the 21st-century market.

But 6 O’Clock Gin’s origin story stretches back much further than 2010, to the relative gin wasteland of the 1980s. This was when its parent company, Bramley & Gage, came into being. In the early days, the company wasn’t in the liquor business at all.

“My parents bought a fruit farm in Devon and were growing strawberries, raspberries and blackcurrants,” explains Michael Kain, who took over the business with his sister Felicity in 2007. “They were looking for ways to add value, because it is quite hard to make money just growing soft fruit on a small scale. Dad hit on liqueurs as being slightly better and easier to make consistently.”

So Bramley & Gage’s journey into spirits began. From their humble beginnings, Michael’s parents Edward and Penny bought an industrial unit to produce their liqueurs on a greater scale and started buying fruits from small producers or foragers, rather than growing their own. In 2007 the senior Kains were getting ready for retirement, so Michael and Felicity volunteered to take over the business and moved it up from Somerset to be closer to their homes, in Bristol and Cheltenham. Michael says, “At the time, we were making a lot of sloe gin and I thought, let’s see if we can make a gin, and in 2010 we launched 6 O’Clock Gin. We thought it was important to have a strong brand spirit from Bramley & Gage.”

The name has a special importance for the Kain family, as it will have done for many British families since gin gained popularity in England three centuries ago. “Six o’clock is a great time and occasion to have gin and it was a family tradition for us,” Michael explains. “It chimes with a lot of people – when work is done and you can sit down and put your feet up.

“I have always loved gin, I drank it as a student. We didn’t want to tread on the toes of people who were already doing it, but wanted to do our own thing. We thought that if we did a bit of gin alongside the liqueurs, the shops that were buying the liqueurs may also buy the gin, and it would make our sloe gin taste better.”

Brother and sister settled on a London dry gin – Michael’s preferred style – and set about perfecting their recipe. Michael explains, “Ours is the same philosophy that Dad had in making the fruit liqueurs 20 years ago: understanding the ripeness of the fruit, picking it at the right time and conditioning it properly. Whether it is a dry botanical, a frozen raspberry or a hand-picked sloe, it is these things that give you quality.”

Money for development was tight, and it was a while before the duo had the striking ‘Bristol blue’ bottle they had been dreaming of for their product. They debuted 6 O’Clock Gin at food fairs in south-west England, eventually taking it as far as London; to their joy, it was a hit. “We were an overnight success that was 30 years in the making,” Michael jokes.

“I never predicted the gin boom in the way it has happened. That has been brilliant for us but tough for us – brilliant because everyone is talking about gin, but tough because there is so much choice and cutting through is so much harder. For a consumer to know what is a great gin is harder these days, because a lot of people make different claims.

“We are genuinely a family-owned business. We were there at the start of the new ‘gin craze’, but we are still fairly small and modest. We stick with a high-quality liquid and every year we grow a little bit more.”

While the batch volumes of 6 O’Clock Gin have grown from 25 to 500 litres over the past decade, the distillery is still dedicated to the small-batch approach and doesn’t want to forget its roots (Michael and Felicity have hung on to – and still use – the jugs and funnels they began with 12 years ago).

Experimentation and product development is an important aspect of the business and has led to several additions to the Six O’Clock range, including the export-strength Brunel Gin, Damson Gin and ready-to-drink gin and tonics mixed with various 6 O’Clock expressions. The product that helped start it all, sloe gin, is still on the menu too. “The scale has grown a lot, but it is still the same sloes and sugar and gin and it still takes us six months to make,” Michael says.

Alongside the gins, they still make a successful range of “whole fruit’” liqueurs under the Bramley & Gage label including cassis, elderflower, greengage and quince.

Now located in Gloucestershire, the 6 O’Clock Gin distillery employs around 30 people. Michael and Felicity have also recently opened an American sales office in Tampa, Florida to expand the brand’s footprint in the US.

Closer to home, they opened a festive pop-up shop in Bristol in October to share some seasonal cheer with their fans and the people of the city as the UK’s Covid-19 restrictions tightened again. As well as tasting opportunities across the 6 O’Clock range, visitors can book in for a “sloe gin masterclass” or buy an extra-special bottle of 6 O’Clock Gin which can be engraved, gift-wrapped and delivered to the lucky recipient.

Michael says, “It has been a funny year for everyone and we are no different. In March the on-trade shut, all our shop sales stopped, duty-free sales stopped – a lot of our marketplace disappeared. But our online following and the engagement with consumers online has been amazing.”

0 comments on “From berries to bottles: the 6 O’Clock Gin story”