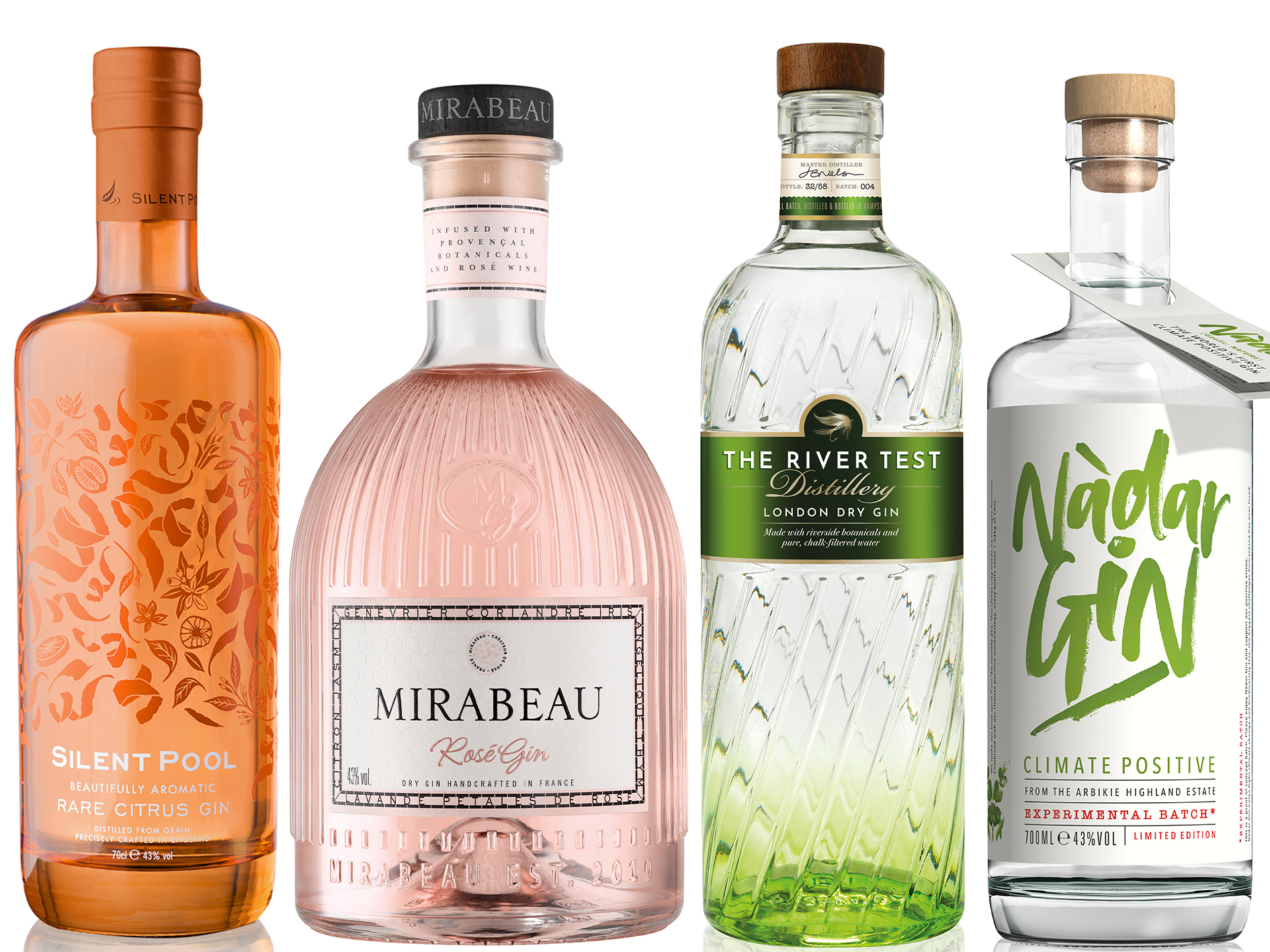 We know this year has been a bit of an odd one and, for many people and organisations globally, plans have had to be scrapped, postponed or scaled back. But this does not seem to have been the case for gin distillers, who have been producing and innovating with as much gusto as ever in 2020. Even big players with relatively modest ranges – Bombay Sapphire and Martin Miller’s, for example – have put out new expressions this year.

In no particular order, we’ve rounded up 20 of the best new gin releases from 2020 from distilleries around the world.

The first flavoured expression for the Hampshire-based distillery aimed to recreate the sharp-but-sweet hedgerow berry flavours of a Bramble cocktail. This year has also seen Bombay Sapphire team up with a number of artists to produce limited-edition bottle artwork for the Bramble expression.

This year saw the release of the world’s first carbon-positive gin from Scotland’s Arbikie Distillery. Nàdar Gin – distilled with a base spirit made from peas – has set a new benchmark for environmentally friendly distilling and is set to be the first in a whole range of ‘carbon-positive’ spirits from Arbikie.

This travel retail exclusive was inspired by head distiller Lesley Gracie’s visit to South America in 2013. It’s based on the classic Hendrick’s recipe, but features flora from the Amazon to create a bright, tropical gin. For every bottle sold, non-profit organisation One Tree Planted will plant a tree in the Amazon rainforest.

Taking a tongue-in-cheek approach to the pink gin phenomenon, Swedish distiller Hernö has created one that’s actually clear. It features strawberries and rose petals for a fruity, floral flavour reminiscent of other pink gins – but definitely lets you know that it’s something little different.

The latest distilling adventure from Whitley Neill chief Johnny Neill has seen him set up a still in a pub in Berkshire and distil the essence of his adopted home county into a gin. There are now a number of Berkshire Botanical expressions in development.

Based on an original recipe from Alexander Gordon, this zesty Gordon’s expression balances top-notch Sicilian lemons with heavy juniper for a refreshing citrus hit. It follows a trend for citrus gin releases, which have grown in popularity and frequency over 2020.

The first variation from Tanqueray in more than a decade, the Citrus Heart was a travel retail exclusive that captured the hearts of the industry. It combines woody rosemary and juicy grapefruit, but keeps its distinctive Tanqueray No. 10 backbone.

Provence rosé winemaker Mirabeau turned its hand to gin making this year, taking the concept of pink gin in a new direction with a grape base spirit to create a juicy, fruity spirit with the pleasing dryness of a good wine.

Not satisfied with using the array of citrus fruits readily available for gin distillation, UK distillery Silent Pool chose to round up a number of hard-to-find fruits from around the world for its Rare Citrus expression.

Taking a characteristically left-field approach to a trending gin style – in this case, orange-flavoured expressions – Masons of Yorkshire unveiled its Orange & Lime Leaf Gin this autumn, tempering orange juiciness and sweetness with a herbal lime edge.

The first gin release from Maison Charpentier, better known for its whiskies and cognacs. The flavour profile includes cassis, lime and pear, as well as yuzu from Japan – a nod to Denis Charpentier II’s Japanese heritage.

Diverging from the fruit gin norm of picking a sweet combination of flavours, Whitley Neill dived off into the other end of the fruit spectrum with its Gooseberry expression, taming the tart berries into a flavoursome spirit.

This well-travelled expression from German distiller Knut Hansen contains botanicals sourced from 20 countries – from English chamomile to Kenyan coriander and Israeli pomegranate. It’s a true celebration of the global nature of gin.

Dreamt up by a perfume maker-turned-gin maker, BeauFort’s Fifty Seven Smoked Sipping Gin is a shining example in what can be achieved in distillation with the right mix of experimental spirit and a molecular attention to detail.

Named Best English London Dry Gin at the World Gin Awards 2020, this beaut of a gin from the River Test Distillery in Hampshire makes great use of local botanicals including honey-toned meadowsweet.

Designed as a “pure way to enjoy the flavours of juniper”, this gin martini mix was created by Hepple Spirits’ Nick Strangeway and uses a pioneering technology called ultrasonic infusion to rapidly age the martini on juniper wood.

While this is not technically a gin (it was released by Warner’s as part of its new 0% ABV Botanic Spirits range) we felt it was worth a mention. The sheer number of ‘no and low’ spirit alternatives that have hit the market in 2020 reveals the strong momentum of the category and the potential it holds, not just among those abstaining from alcohol but also the ‘sober-curious’ among us.