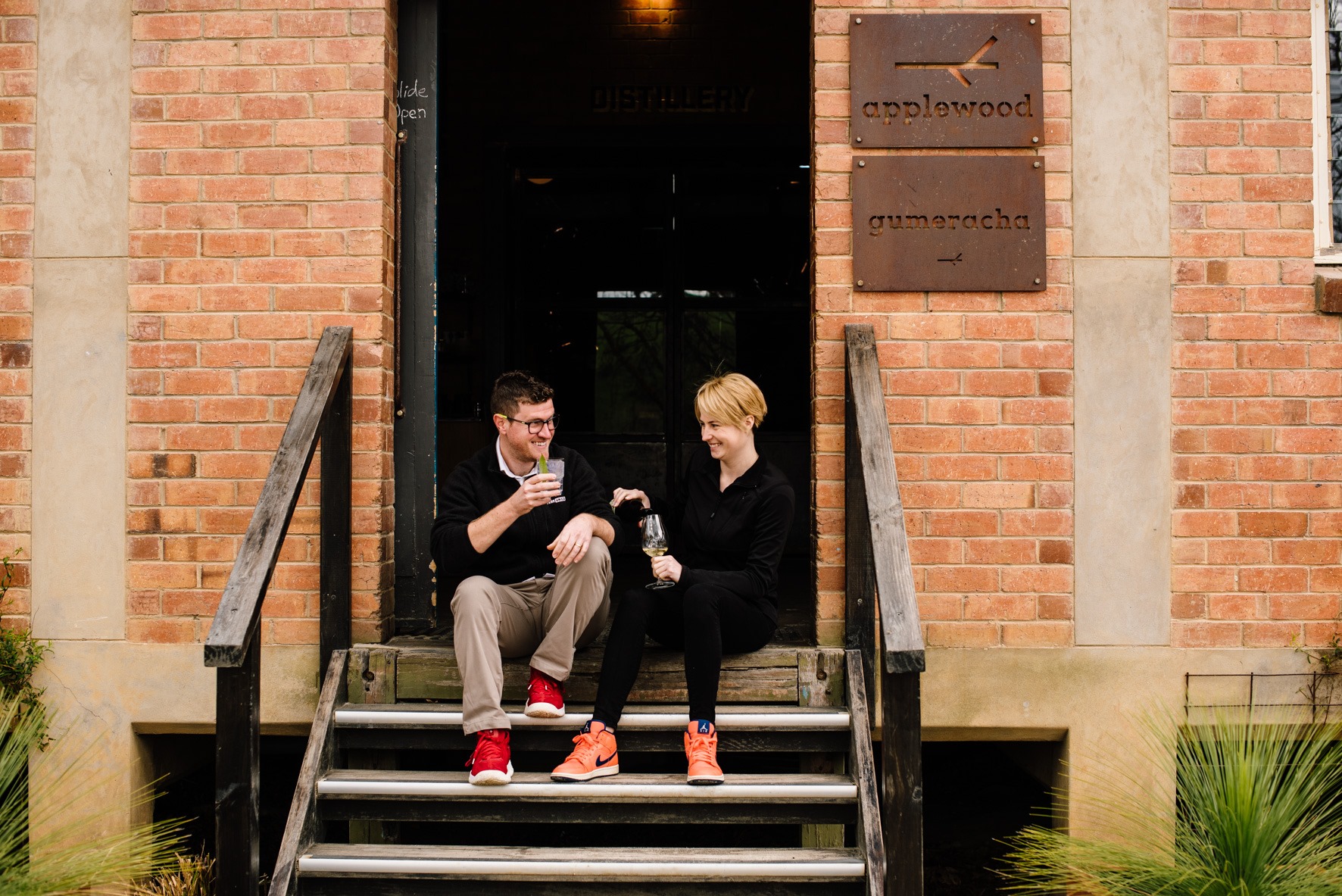 When it comes to the ethical sourcing of Indigenous ingredients, which gin producers Down Under are coming out on top?

Increased interest in and understanding of Australia’s Indigenous heritage has, in part, been driven by education and the accessibility of native foods and ingredients, nowhere more so than in the development of the Australian gin industry.

Founded in 2002, Mount Uncle Distillery was one of the first distilleries to embrace native botanicals in its gin recipe. Founder Mark Watkins discovered an early gin recipe used by local settlers and set himself the challenge of replacing the traditional ingredients with native.

The result was the aptly named Botanic Australis. Aside from juniper, it contains all Australian ingredients that are grown either on the property, or its surrounds. They include: peppermint gum, anise myrtle, wattleseed, pepperberry, cinnamon myrtle, lilly pilly, lemon myrtle, lemon scented gum, eucalyptus olida, finger lime, native ginger, river mint and bunya nut.

It’s a gin that screams Australia from the rooftops. With juniper at the fore, eucalypt and peppermint add fresh, menthol notes that are balanced with citrus flavours from the lemon myrtle, lemon scented gum and fingers limes. Pepperberry, native ginger, anis myrtle and cinnamon myrtle bring warmth and spice to the lingering finish which has a beautiful mouthfeel created by the inclusion of wattleseed and bunya nut.

Since Botanic Australis was launched, the Australian gin industry has grown
from around a dozen Australian gins to more than 600. Distillers are now able to access a vast number of native botanicals, raising questions around ethical sourcing and sustainability.

I spoke with three distilleries who are supporting ethical and sustainable practices while producing award-winning gins.

Laura and Brendan have a passion for Indigenous culture and ingredients. They met when they were studying wine making (their brand is Unico Zelo). They were both astonished by the impact that wine making has on the environment and wanted to actively create a viable, sustainable business.

Brendan explains, “We believe that if farmers focused on planting crops that are native to Australia, many of the agricultural issues around intensive farming could be fixed. Native crops are adaptable, don’t require a lot of water or use of pesticides. The only thing in the way of this plan was a way of monetising native ingredients to incentivise land owners to grow more natives.”

They looked at different business options including restaurants and muesli bars, but Brendan and Laura wanted to create a product that used the biggest amount (by weight) of native ingredients and looked at both gin and amaro (they also produce the fantastic Økar). For every 1,000 litres of gin produced, they use approximately 50kg native ingredients, so the spirit became their primary focus.

They have a core range of three gins – Applewood, Navy and Coral. They are also well known for their mono-botanical expressions which they release monthly. Past editions have included Finger Lime, Geraldton Wax, Riberry and Wattleseed.

Applewood recently became a certified B Corporation business, an internationally regarded status awarded to those that meet the highest standards of verified social and environmental performance, public transparency, and legal accountability to balance profit and purpose. They are the first gin distillery in Australia to do so.

Cape Byron, the makers of Brookie’s gin, was crowned Sustainable Distillery of the Year at the international Icons of Gin Awards 2020.

Distiller Eddie Brook grew up travelling back and forth with his parents to rebuild the rainforest and this is where his passion for using native ingredients was developed and became the foundation of Brookie’s gin.

Of the 26 botanicals in Brookie’s, 18 are native to Australia and between six and 10 ingredients are sourced from the rainforest surrounding the distillery (subject to seasonality), including cinnamon myrtle, ribery, lilly pilly leaf, macadamia nut, native raspberries and native ginger.

Eddie explains that foraging on the property is done with sustainability in mind. He says, “When we are harvesting native ginger, the seeds are replanted to ensure supply. Land management is something we are very passionate about.”

The distillery has become a beacon in the Cape Byron area, assisting local farmers with regenerating the land in the area and providing community trade routes beneficial to both the farmer and the distillery.

Eddie explains, “We are now using in the region of 25 tonnes of Davidson plums for our Slow Gin, and we depend on local landowners for supply. Working together we are slowing bringing the land back to life.”

Cape Byron Distillery now has a full-time sustainability officer and is working towards B Corporation certification.

Adelaide Hills Distillery founder Sacha LaForgia has worked hard to create a distillery with as small a carbon footprint as possible. The distillery boasts 1,700sqm of solar panels on the roof and all the water used comes from on-site. All spent botanicals are fed to the cattle grazing on the property.

Sacha is committed to sourcing native botanicals as ethically as he can. “I always felt uncomfortable about going off foraging without checking with traditional landowners. I mean you wouldn’t stroll on to a farm and walk off with a sheep, so why would you do it with plants and crops?”

Sacha created Green Ant Gin with Something Wild, an Indigenous-owned business that supplies bush meat and native ingredients to the food and beverage industry. The award-winning gin captured the imagination of gin drinkers while opening their eyes to the wonder of native ingredients.

Something Wild, owned by Daniel Motlop and family, has now taken Green Ant Gin in-house and is developing its own range of spirits using native ingredients.

The company is working with Indigenous communities throughout Australia, specifically in South Australia and the Northern Territory, to create a viable commercial supply chain that is not only sustainable but offers economic benefits to the people working on the land. Their community fund allows workers to purchase equipment to grow their businesses.

Meanwhile, Sacha is building a relationship with Red Centre Enterprises, an Indigenous-owned agricultural business promoting native produce which will be supplying all botanicals for Adelaide Hills Distillery moving forward.

Yuandamarra, owner of Red Centre Enterprises, explained to me that education is the at the heart of what they do. “We get calls from chefs asking if there is a native garlic, and they are surprised when I say, ‘Yes, we have three’.”

But he is more than a human database of ingredients. He continues, “What is as important as sharing these foods, is relating them back Indigenous culture and protecting the environment for future generations.”

Yuandamarra realised early on that many Indigenous farmers were being paid less than coffee farmers in South America for their produce, so he began gathering communities together and forming collectives, ensuring that they get a fair price for their efforts.

“We’ve had someone approach us saying, ‘We’re not bothered about the story, we just want the cheapest price’, so we turned them away. They did come back, though!”

He says he is excited to be working with Sacha and the Adelaide Hills Distillery team. “This is exactly the sort of relationship we want to build, with people who want to work with, and learn from, Indigenous communities as well as preserving the natural environment.”

There cannot be many countries where gin production is helping to educate the masses about the rich cultural heritage and natural, sustainable food sources we have in Australia, or as Brendan from Applewood says, “the land we belong to”.