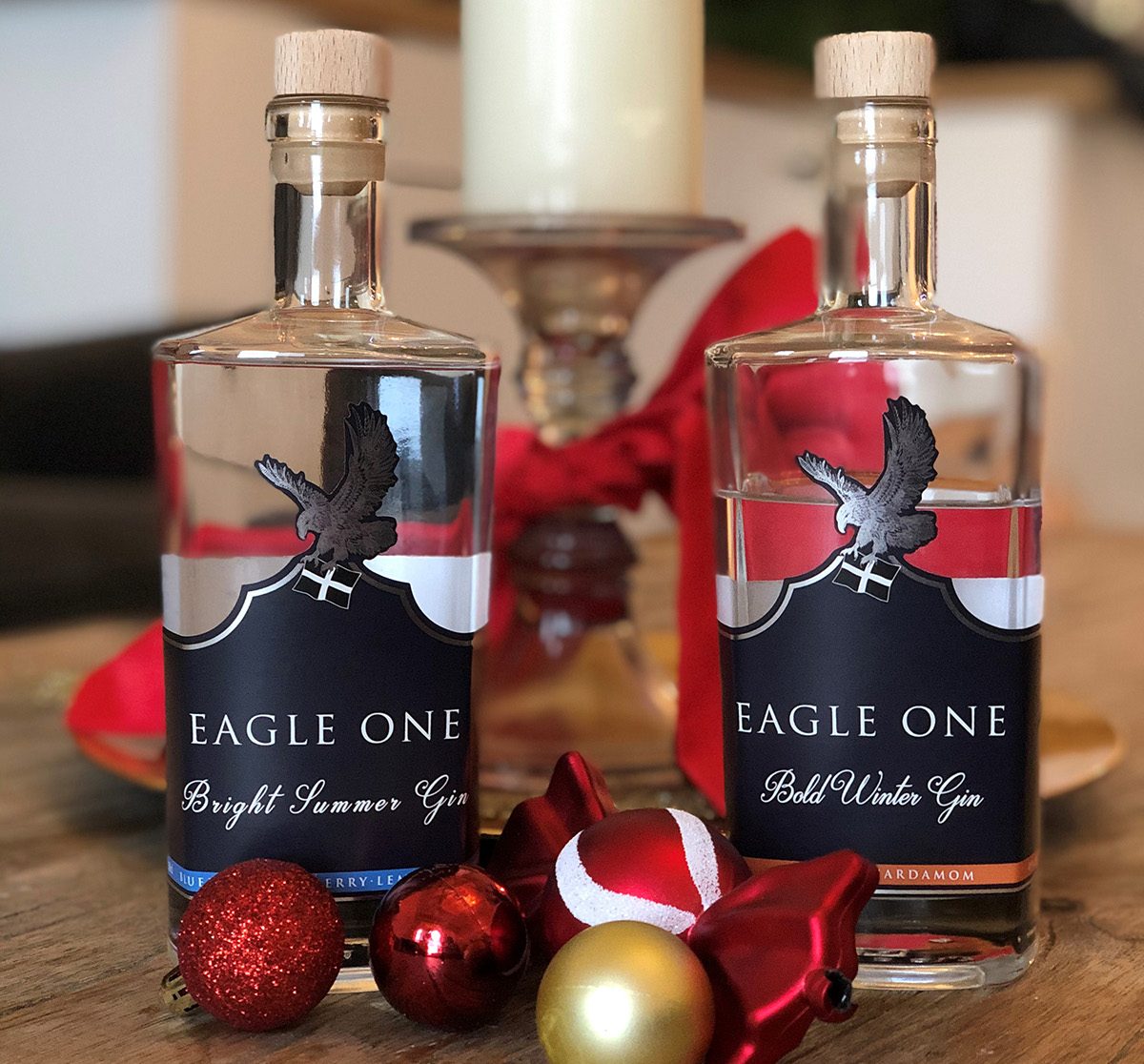 A gin maker in Cornwall has become the first in the UK to set up a gin distillery in a grade II*-listed hotel.

The Eagle House Hotel in Launceston has recently launched its range of Eagle One Gins, named after a poem by Cornish writer Charles Causley about the two French eagles that adorn the building’s front gates.

So far the range has three expressions: Bright Summer Gin, flavoured with blueberry, raspberry and lemongrass; Bold Winter Gin, flavoured with orange and cardamom for a warming, spicy feel; and Zesty Spring Gin, which has a delicate floral twist from locally foraged elderflower. All are made with a 100-per-cent British grain neutral spirit and diluted with Cornish spring water.

Jack Rockliffe, the hotel’s general manager and resident gin distiller, said: “I was looking to make gins that in some way captured the elegance, romance and tradition of craft of the Eagle House Hotel. Eagle One presents bold flavours of signature botanicals over a traditional London dry base.

“The 48% ABV alcohol content allows for a higher oil content in the gin without clouding (louching) becoming an issue. The high oil content provides a super-smooth mouthfeel and tonnes of flavour.”

Distillation at the Eagle House Hotel began on a small scale in 2018 with Dulcie, a traditional copper still named after Jack’s great-aunt, who was partial to a glass of gin. The arrival of a bespoke 230-litre still from Bridgetown Brewing Company at the beginning of December 2019 allowed Jack to expand the distilling operation.

Nestled between Bodmin Moor and Dartmoor, Launceston is the old county town of Cornwall and many of its landmarks, including the Eagle House Hotel, are steeped in history. The hotel’s current owners, Rebecca Perry and her husband William, bought the hotel in 2017 when the site was for sale as a development project for conversion into flats.

They are busy restoring the building, attempting to keep many of its original Georgian features including the ballroom and ornate fireplaces and staircases. As part of this renovation they have created a new terraced bar, which sits alongside the hotel’s gin still and overlooks the surrounding countryside.

0 comments on “Meet Eagle One: the gin made in a Cornish hotel”