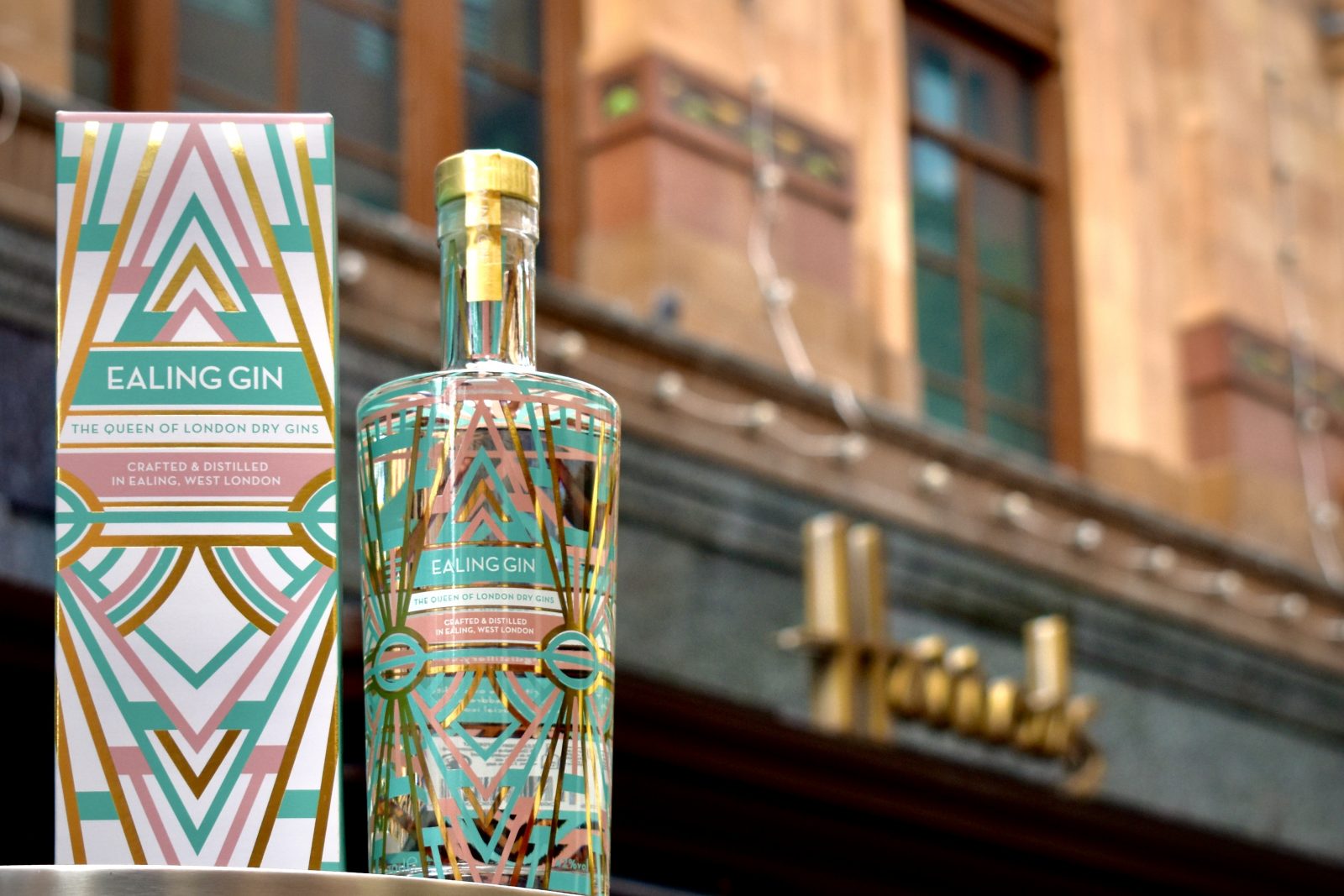 As London boroughs go, Ealing has quite a lot going for it. Nicknamed the “queen of the suburbs”, it’s known for its parks and gardens, its arts and culture scene, its proliferation of Art Deco architecture – and now also for its homegrown gin.

Ealing locals Simon and Amanda Duncan launched Ealing Gin a year ago, in November 2019, having decided to move away from their careers in marketing and put their skills to use in their own venture. Amanda says, “My background is in PR, marketing and brand development and my husband is web design and web marketing, but we have always loved and had an interest in gin.”

The idea to make a gin that spoke of its roots came from Amanda’s family in the north east. “I am originally from Durham, and Durham Gin launched in 2014. Because a lot of my family are in the north east we got about 10 bottles of Durham Gin in the first year after it launched, because everyone that came down brought us a bottle,” she laughs. “We thought Ealing people would do that to show off a product from their town and people are telling us that that is what they are doing with our gin – taking a little bit of where they are from as gifting.”

Being “marketing people” by trade, Simon and Amanda formulated the brand image for their gin before getting started on the recipe. They wanted it to encompass all that was great about the borough they call home.

Amanda explains, “Ealing is the greenest borough in London; back in 1901 it was nicknamed ‘the queen of the suburbs’ and that is why we have nicknamed our gin ‘the queen of London’. In Ealing we have the oldest working film studios in the world and we had a jazz and blues club where the Rolling Stones started playing, so we have a lot of artistic cultural heritage. And the parks and gardens are gorgeous so that is why we have four or five botanicals in the gin that are inspired by them.”

With their ‘queen of London’ strapline decided and an Art Deco-inspired bottle design sketched out, Amanda and Simon turned to the important business of learning how to make gin. “We bought so many gins and tasted and tasted,” Amanda says. “We got a little four-litre table top still and started experimenting with recipes. That took quite a long time.

“We got the base right then started fiddling with the top notes. In the end we went through 29 recipes and a lot of different botanicals. We had our little tasting team tasting all the way and eventually we went into production with number 22, because everybody loved that one.”

Their final recipe includes the parks-inspired botanicals of garden mint, rosemary, chamomile flowers and rose petals, alongside more traditional botanicals including orange peel, coriander seed, cardamom and clove. It is made in the London dry style in small batches on Felicity, the couple’s 50-litre still.

For the Duncans, there’s a sense that this gin-making project has been as much for their community and neighbours in Ealing as it has been for them. Amanda says, “My husband’s family has lived here [in Ealing] for four generations and I have lived here for 30 years since I moved down from the north east and have raised my children here. It has a very strong community spirit; after the riots in 2012/2013 we decided that we should do more to get to know and support our neighbours, we should be able to wave to one another in the street. It has created a massive surge in community spirit.”

She adds, “Because Sipsmith is based nearby in Chiswick, and it was a torchbearer for the craft gin movement in the UK, there is an appreciation for the spirit here.”

Having launched in late 2019, the brand was just starting to get off the ground when the coronavirus pandemic threatened to clip its wings – but Amanda says that being very new to the market was more of a help than a hindrance. “It has delayed progress rather than destroyed us out of hand,” she says. “We were not established enough to be losing a lot of business, we were still trying to build business. The on-trade was not huge for us yet. We are seeing it as a hiccough, but we have been doing really well in those six months.

“Online sales have gone bananas; we have a really good fulfilment house which can do next-day deliveries. We have stocked to local independents to support each other and they are often venues as well as retailers. Even though they were closed, they could still sell off-trade.”

Amanda and Simon still have their eyes on more on-trade business in bars, restaurants and hotels once the sector has stabilised from the effects of Covid-19. There had been interest in the brand from a local independent pub group and from hospitality group Fullers, which was stocking the gin in a handful of venues. For now, Ealing Gin’s retail sales are booming – the latest boost was a listing with premium London retailer Harrods.

So what do Amanda and Simon make of their new industry colleagues? “Gin people are so nice!” Amanda enthuses. “We were very aware that it is a saturated market, people were saying there was not space for another gin, but a lot of people told us to go for it and we have had a lot of support from the industry, other gin makers and suppliers.

“We are not in it to make a fortune, we are here to make a small income, do something that we love and enjoy, and do some good along the way. We have pledged 20 per cent of our profits to help solve social isolation and homelessness; there is a local charity called Befriend who we will work with first.”

Find out more about Ealing Gin on the distillery website.

2 comments on “Ealing Gin: How the ‘queen of London’ came to be”