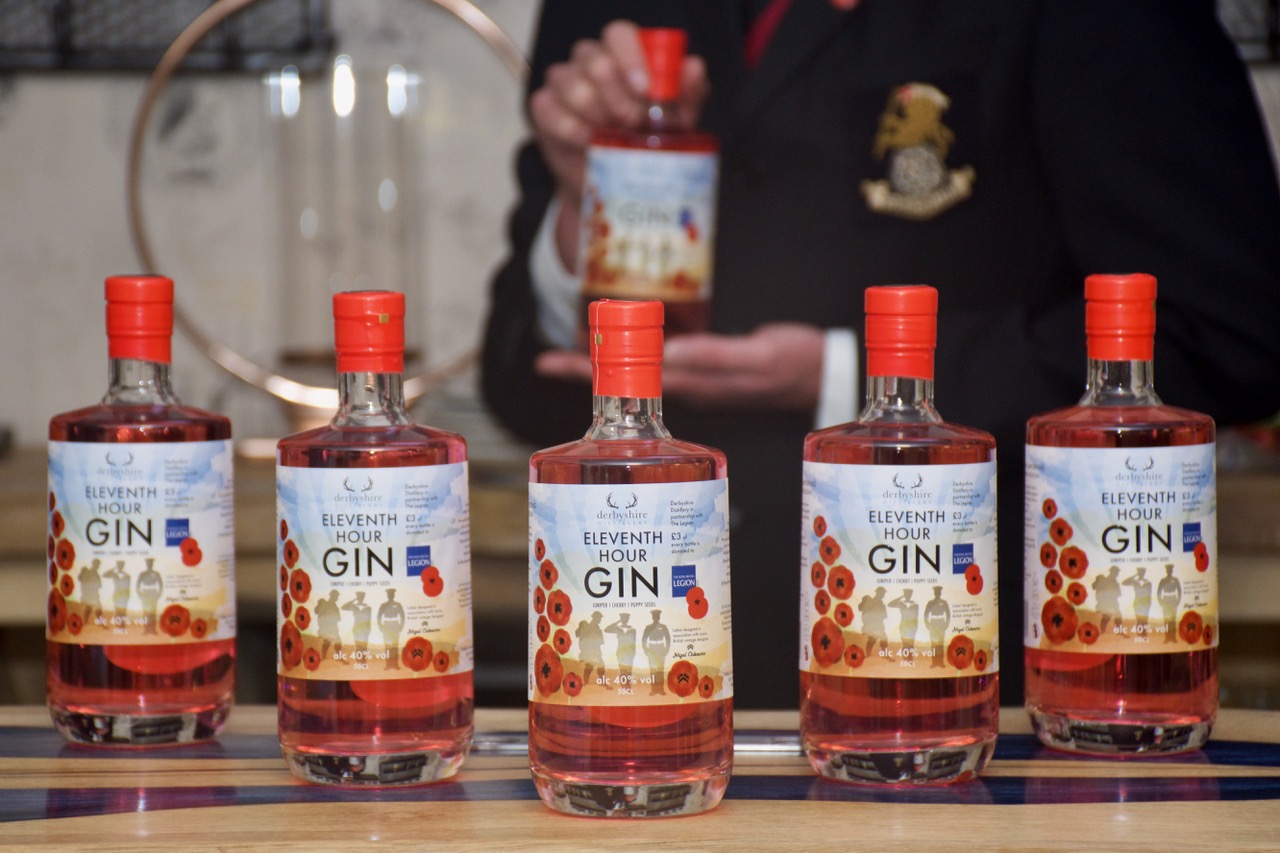 The Derbyshire Distillery has launched a new gin in partnership with the Royal British Legion, to raise money for the military charity.

Eleventh Hour Gin was the brainchild of Richard Aspinall, an ex-serviceman and sales manager at Derbyshire Distillery, who wanted to do something to support the charity. From each bottle of the gin sold, £3 will go directly to the Legion.

The traditional dry gin is distilled with botanicals including sour cherry, ginger, lemon and – fittingly – poppy seeds. Its label has been created in partnership with British fashion designer Nigel Cabourn, famous for his menswear collections inspired by military dress and vintage clothing.

Richard, who served in the British Army for five years, has first-hand experience of the Royal British Legion and its valuable services. “I have lost good friends and have seen how some injuries can change the lives of those that served alongside me,” he said.

“The Royal British Legion is always there for the Armed Forces community and I was keen to do something to help, especially this year when every donation and every poppy really does count. As an employee of a gin distillery the idea just came to me: why not create a new gin that would help to raise funds for this worthy cause?”

Phil Meakin, a founding director of the Chesterfield-based Derbyshire Distillery, said the Royal British Legion was strongly in support of the new gin. “It is such a worthy cause and we’re delighted that Richard took the initiative to develop the idea that will help to support the charity that he will be a part of for the rest of his life.”

For more information about the gin see the Derbyshire Distillery website.

Meanwhile, Burleighs Gin has launched its The Royal British Legion Poppy Gin, to raise awareness of the importance of paying respects to fallen veterans and supporting living ones and to celebrate the Legion’s Poppy Shop.

Developed by master distiller Charlie Hendon over the course of 16 months, the Poppy Gin uses Burleighs’ signature woodland base botanicals including silver birch, dandelion, burdock and elderberry, with the addition of poppy seeds to pay homage to the annual Poppy Appeal. This flower is also celebrated on the gin’s bottle, designed by Burleighs’ in-house designer Sam Munton, which features cascading poppies and accents of red.

The Poppy Gin available exclusively from the Poppy Shop, the Royal British Legion’s online shop, with 100 per cent of profits donated to the charity to help provide support to the armed forces community.

Charlie Hendon said: “It’s an honour to create a gin to support all the fantastic veterans and the armed forces community we have in Britain.”