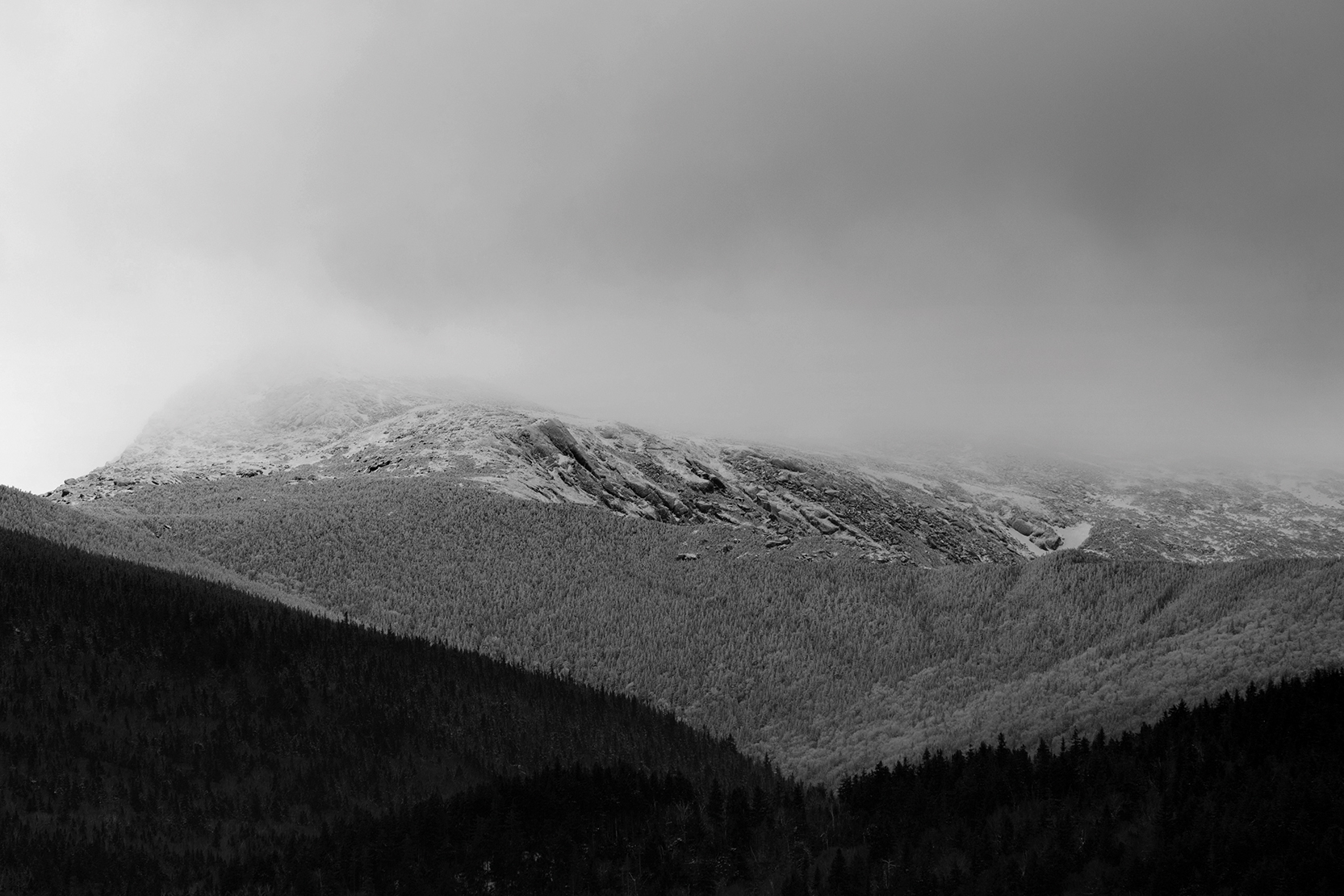 New England distillers are finding wonderful ways to make the most of the region’s bounty.

New England is a region located in the northeast of the United States that encompasses the states of Maine, Vermont, New Hampshire, Rhode Island, Connecticut and Massachusetts. Named by Captain John Smith in his 1614 glorified marketing pamphlet A Description of New England, he stated: “…of all the parts of the world I have yet seen not inhabited… I would rather live here than anywhere.”

Smith was wrong. Diverse groups of Algonquian peoples did live in the region. However, Smith’s description proved persuasive anyway, and it attracted wave after wave of pilgrims from England. The first group were Puritans seeking religious freedom; however, soon other immigrants were attracted by the opportunities for a self-sufficient agrarian life in New England.

The region grew rapidly over the next couple of hundred years. It became the economic centre of the group of colonies that would one day become the United States. The states retain a strong, cohesive regional identity, owing to their common colonial roots and prominent role in the American Revolution of the 1760s and 1770s.

Despite the states’ shared history, the region is geographically heterogeneous. Vermont and New Hampshire are rugged and mountainous, with agriculture centered around smaller farms in winding river valleys. Rhode Island’s low-lying Narragansett Bay consists of more than a hundred small islands. Massachusetts, in a mere 190 miles, encompasses the Berkshire Mountains, fertile valleys and, on the east coast, sandy expansive capes. The gins distilled in New England today illustrate the microclimates, volatile seasons and common history of this region.

In Colonial times, New England was also the epicentre of American distilling and rum was the dominant spirit (though, as Hamilton notes, gin was far from a rare sight). At its pre-Prohibition peak, there were nearly 200 distilleries in New England making rum. Taking a cue from the region’s popular spirit, distillers making gin at the time turned to the region’s vast imports of molasses as the base spirits for their gin. Alcohol consumption declined throughout the 19th century, culminating when American Prohibition shuttered some of the last remnants of the once-bustling New England rum scene.

In the modern day, distilleries across the region still pay homage to the region’s rum culture in their gins, including Newport Craft Brewing and Distilling Company and Bully Boy Distillers which still use a base spirit from cane. Other distilleries in New England turn to crops which grow well in the region’s soils. The climate wasn’t well suited to wheat, so farmers, and now distillers, turned to potatoes and barley.

When Europeans first arrived in New England, they encountered a mature food culture that had evolved around the region’s poor soils and short growing system. The arrival of corn, beans and squash from further south (between AD500 and 1100) revolutionised Algonquian agriculture; however, many native fruits and plants first cultivated by the Algonquian people long before the arrival of corn were adopted by

European settlers. Some of these ingredients are still important parts of New England food tradition and are celebrated in regional gins.

Keith and Constance Bodine moved back to Maine as engineers with family ties, and later founded Sweetgrass Farm Winery and Distillery in Union, Maine. “Our Back River Gin is named after where my family’s home is right on Back River in Boothbay. We created Back River Gin to be very reminiscent of Maine; you can taste the blueberry fields, salt marsh and sea air!”

Back River Gin is described as being of the ‘London tradition with a Maine twist’; the blueberries are distilled as part of the botanical bill. While Back River Gin is a distilled gin, their Cranberry Gin was one of America’s first flavoured gins, predating the ‘pink gin’ boom by nearly a decade.

“We make a cranberry port-style wine and our customers would buy this along with the Back River Gin to create a very fruity Cranberry Gin and tonic,” Constance says in describing the gin’s origins. “The light bulb went off.” Keith and Constance source their cranberries from a local farmer, making care to note that these aren’t your bog-standard berries. “Cranberries grown in Maine are a different variety… bog harvested berries can have an overripe and spoiled, mouldy flavour.”

Rather than a straight maceration, they re-formulated their base gin with more citrus to support the tart cranberry flavour. The berries are macerated in the gin for at least three months, before bottling without additional sweetening. “This produces a sour, tart gin,” to which Constance notes, “the real gem in this gin is mixing – bringing the alcohol down with tonic or other mixer brings out the complex cranberry flavour so much more.” The flavour is fresh, bright, and while unmistakably cranberry-y, Sweetgrass Distillery Cranberry Gin tastes completely different from most shelf stable cranberry juices.

Cranberries are often typically thought of as New England crops, but the extent and importance of farming is often overlooked by outsiders. “We, as Vermonters,” Ryan Christiansen, president and head distiller of Caledonia Spirits, says, “think of this as a rich place of agriculture… but the rest of the world doesn’t see us as an agricultural area. Because it’s small agriculture.” He adds, “It’s community agriculture.”

Community is a strong theme in the creation of its award-winning Barr Hill Gin. “We only source honey from within a 250-mile radius of where we are, most of it comes from one family of farmers.” In the summer, Vermont and its Green Mountains are set alight with goldenrod, purple loosestrife and apple blossoms. The bees that make Barr Hill’s honey take all of this in. Founder, farmer and beekeeper Todd Hardie was inspired, which led to him making the transition from making mead to founding Caledonia Spirits in 2008. “It’s the greatest honey in the world,” Ryan confidently boasts.

In terms of execution, the concept seems deceptively simple: high-quality juniper, suspended close to the boiler, is vapour distilled to about 170 proof (85% ABV). It is then proofed down and ‘fresh from the hive’ honey is added. “We were really fascinated by the whole idea of the Old Tom style,” Ryan says. Although not directly marketed as an Old Tom, the sweet, viscous mouthfeel of Barr Hill Gin is often compared to other Old Toms. The resinous juniper stands as a stark counterpoint to the floral roundness from the honey. When Ryan talks about those two ingredients, one word comes back to his lips time after time: balance.

While one distiller celebrates that which attracts insects, nearby Tamworth Distilling celebrates the opposite. “The [trees] are sending out chemicals early in the year to repel predatory insects – fortunately we’re not repulsed,” laughs forager and distiller Matt Power. “Those are fairly nice aromas we get out of the fresh balsam poplar.”

For the team at Tamworth, this is the New England they’re looking to capture in their line of gins. “You go into the areas where they grow, the sun is out and you can feel the perfume of the plant,” Matt describes.

“We have to go way up into the pine forests,” Matt begins, but then describes its challenges, “probably maybe five per cent of the resin you find is even appropriate… There’s a really magical curing process that happens.” Annual variability, regional variability and even hyper-local variability, such as the side of the tree, affect the aroma and flavour. Matt’s organic chemistry background shines as he laughs about how the precise nature of what is happening isn’t chemically well understood. The pine resin is infused in very small amounts directly into the gin.

That pine resin captures more than just a moment or a single season. It captures the totality and cyclical nature of New England’s four seasons. “I don’t think you can really fake it— I think [the resin] has to sit in the sun. It’s got to go through the heat. It’s got to through the cold of winters where it’s dry and it sucks all of the volatility out… it’s a really dynamic process. I think that age is a critical part.” It seems a fitting ingredient for the oldest unified cultural region in the modern United States.

In a region nearly as big as the entirety of Great Britain, it can be difficult to sufficiently represent the range and diversity of the spirits produced in New England. Though bound by their common history and close proximity, a picture of New England gin begins to emerge. With more than one hundred distilleries in the region making nearly as many gins, the landscape is as diverse as the six states and 15 million people who call the valleys, beaches, hills, coasts, capes and islands of New England home.

0 comments on “Gin making in New England: A land of plenty”