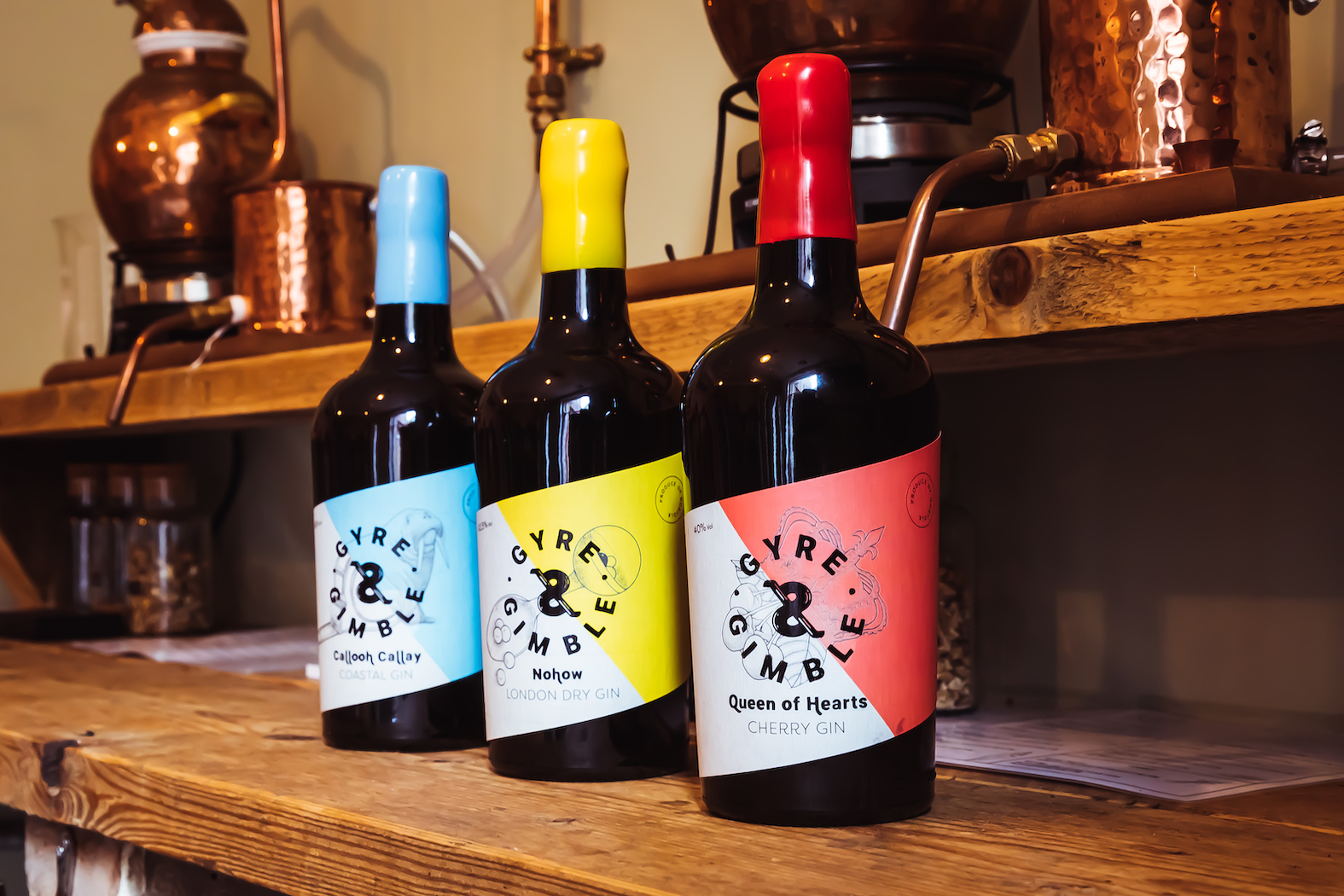 New UK gin maker Gyre & Gimble is hoping to bring some more fun and whimsy into the category with its new gin range – inspired by author Lewis Carroll’s bizarre Wonderland.

Inspired by Lewis Carroll and his young heroine Alice, who found herself in a world that was ‘curiouser and curiouser’, the gins aim to capture the real world and a smidgeon of the strange.

Gyre & Gimble is based in Norwich, Norfolk, a city which has offered a warm welcome to strangers since medieval times, including Dutch immigrants for whom this term became an acknowledged nickname.

Each of its three gins – all distilled in Norwich – exhibits a balance between traditional juniper and delicate but unusual botanicals. With a twisting illustrated label, bold colours and a smart wax seal, the bottles come with bags of visual appeal, too.

Callooh Callay is a coastal gin, infused with seawater collected from the North Sea along with foraged samphire and lavender. 15 per cent of proceeds from sales will go to the Friends of Horsey Seals, a registered charity operating on the Norfolk coast, where thousands of seals come ashore every year to pup.

The Queen of Hearts is a cherry gin which marries a smooth mouthfeel, cherry tartness and sweetness from custard apples, included in the early stages of distillation.

Nohow, a twist on a classic London dry gin, includes a double dose of juniper which will delight fans of a juniper-forward gin. It’s inspired by Tweedledum and Tweedledee, who used ‘nohow’ as a verbal tic and who are illustrated on the gin’s label.

Its gins will be landing on shelves in bars and wholesalers around the UK, as well as its online shop gyreandgimble.co.uk. There are plans for more releases to join the range in the coming months.

0 comments on “Have you tried Gyre & Gimble’s Alice in Wonderland-inspired gins?”