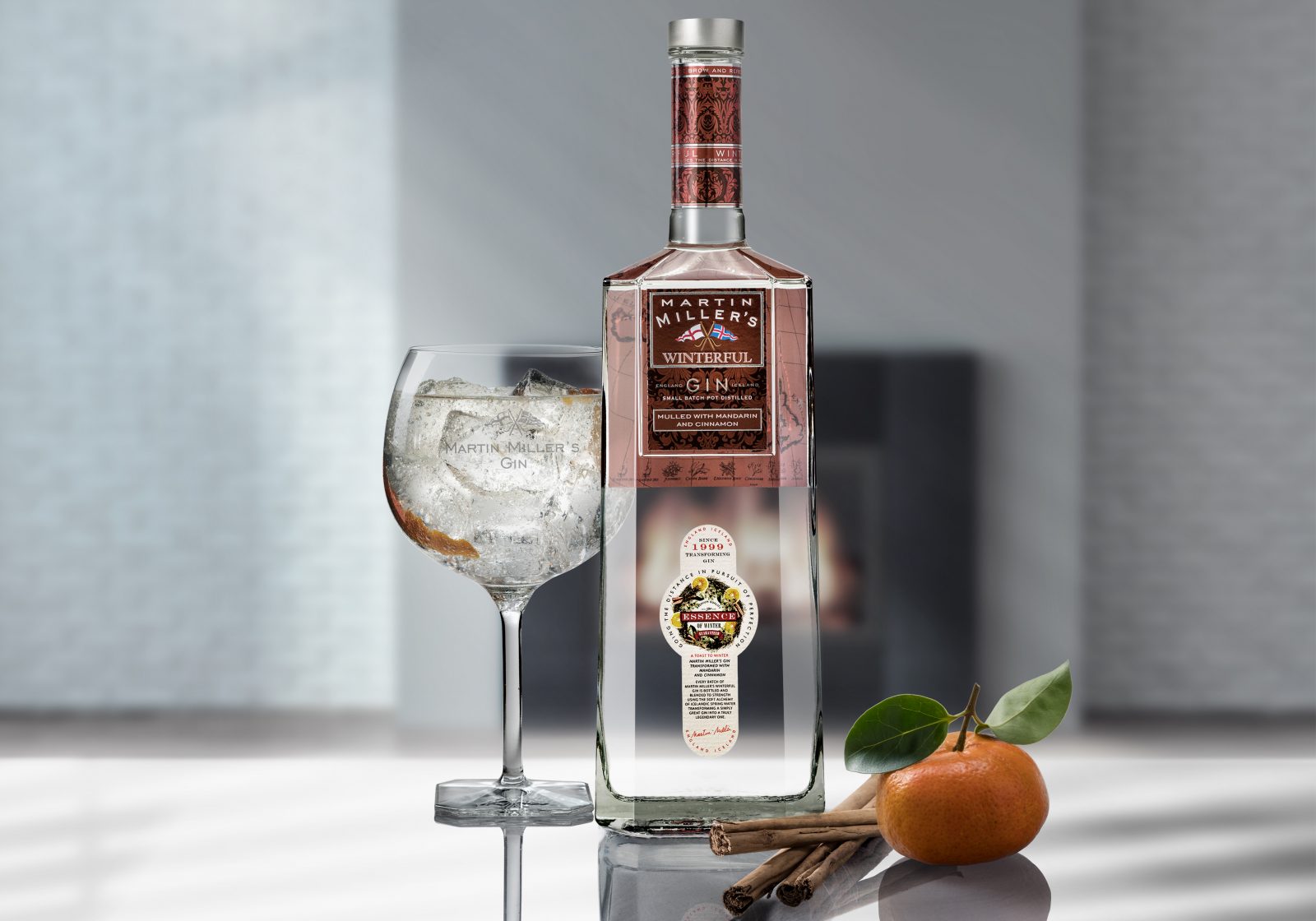 Martin Miller’s Gin has unveiled a winter seasonal release inspired by a classic festive drink that is enjoyed in both its home nations of England and Iceland.

The limited-edition Martin Miller’s Winterful Gin is inspired by ingredients commonly used in mulled wine recipes in England and Iceland (where it is known as jóla glögg). It combines the distiller’s twin-distilled Original blend with botanicals including cinnamon and mandarin orange peel, which are added during a third distillation.

The limited-edition gin – designed to be enjoyed hot or cold – will launch in Waitrose stores across the UK on 26 October, priced at £27.99, and will also be available on Amazon.

It follows the launch of the first ever Martin Miller’s seasonal special, Summerful, which was released earlier this year in celebration of the brand’s 20th anniversary.

Jamie Stewart, country manager UK and Ireland, Martin Miller’s Gin, said: “Mulled wine is one of the winter traditions that links Iceland and England – the same bond that defines Martin Miller’s Gin – making it the perfect inspiration for our first winter variant. In creating Winterful we wanted to offer our customers our award-winning gin, but with a warming winter flavour profile and earthy botanicals suited to the season.

“Unlike flavoured gins, the aromas of cinnamon, mandarin orange and others like cardamom are added using a third distillation, making for a richer, deeper and more complex gin which retains the juniper backdrop but adds this new dimension.”

Martin Miller’s suggests enjoying Winterful Gin as a gin and tonic with a garnish of mandarin peel and a stick of cinnamon, or try one of these three serves:

Pour all the ingredients into a highball glass and finish with a lime wheel and grated nutmeg.

For a punch format, pour ingredients multiplied by the number of servings into a saucepan. Don’t boil. Bring to a simmer and reduce to desired taste and concentration.

Pour all ingredients into a shaker, shake well and serve in a coupe glass. Garnish with grated nutmeg and cinnamon.