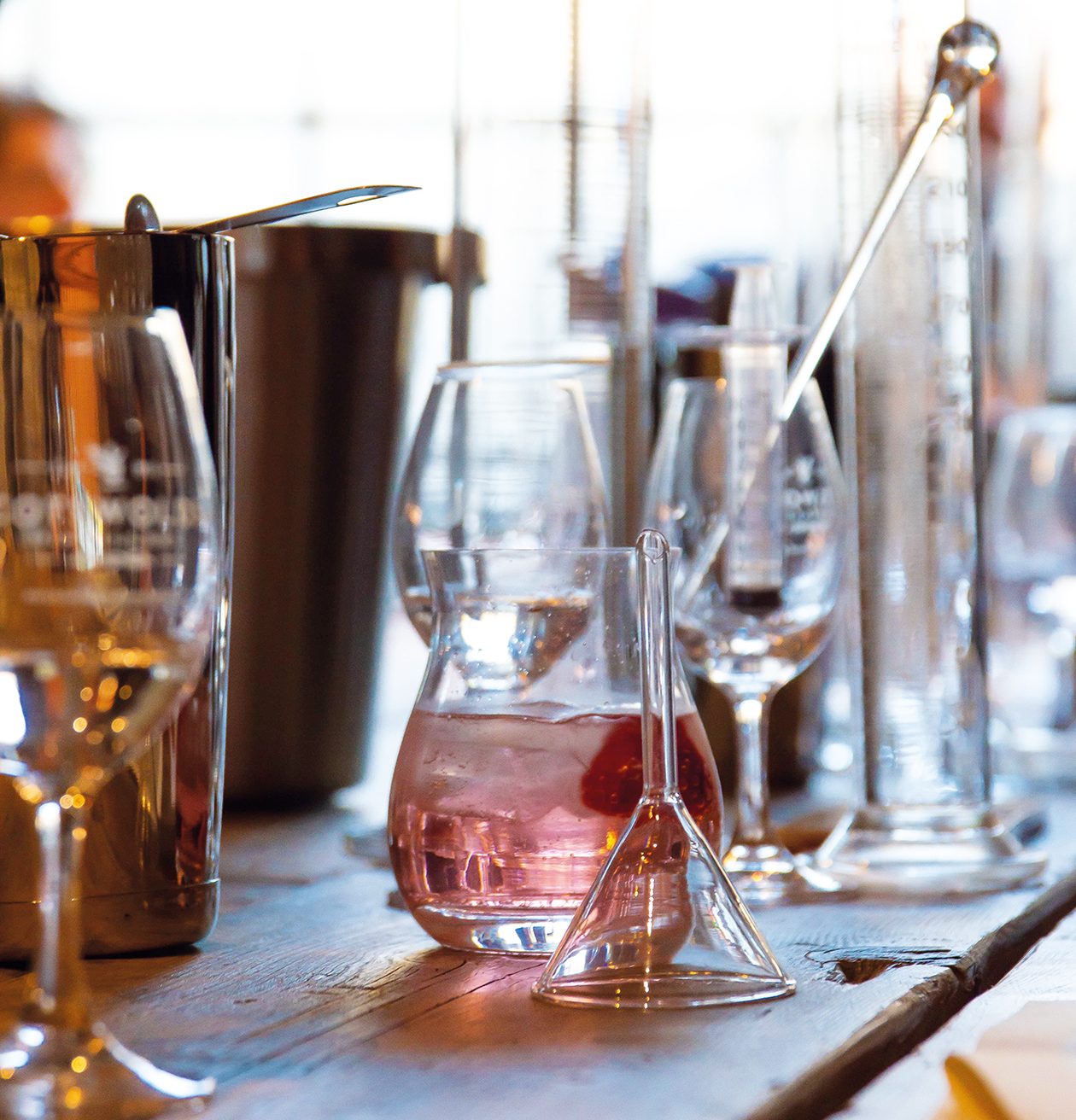 Our writer takes a crash course in the incredible science of gin production.

Confession, I’m a bit of a science geek at heart. Science is real-world magic, and the science of distilling is one of the many things that coaxed me into the gin world. It fascinated me immensely and still does. Progression and development is one of humanity’s most fundamental traits. Distilling gin is an artform and distillers are often looking for new methods to create something different, or otherwise improved. It’s a real rabbit hole too; the more I find out, the more interesting it gets.

That said, I’m no scientist. And sometimes, touring stalls at gin shows, I find that the science that is meant to dazzle us like magic can become a little difficult to grasp. Despite the enthusiasm and knowledge of the person talking to me, my brain just turns off. I’m left staring blankly whilst trying to remember to nod from time to time. So, I thought it would be nice to get in touch with some distillers and have a little chat about some of the methods they’re using and give you that dazzling that you so deserve.

First up, the basic principles of (hot) pot distillation. I’m sure a lot of you will know how this works, but let’s all start at the same point. Distillation is simple in principle – the art lies in the method. Distillation starts with NGS (neutral grain spirit, essentially a vodka of sorts), botanicals and water to prevent burning in the still. By heating the mixture to around 78°C, chemical compounds from the botanicals evaporate with the liquid and on cooling, the liquid retains those flavours. Simple in principle.

The trick is getting the quality and ratio of botanical mix right, and then the cutting point. From the point the liquid starts eking out of the still to the last few drops, we only want the central part. The start and end – the ‘heads’ and ‘tails’ – contain a lot of the nasty elements of the alcohol, and harsh flavours. It’s the central part or ‘hearts’ of the distillation that contains the good stuff. The longer the cut, the more liquid you will get per distillation, but the more unpleasant flavours you get in there too. A good distiller is one that can get the cut just right, balancing quality and economy, normally by tasting the 90% ABV spirit.

Now, let’s take a step up with (cold) vacuum distillation. I spoke with Dr Abbie Neilson of Cooper King Distillery about their processes. Firstly, what is vacuum distillation? The principle behind vacuum distillation is that the pressure in the column above is lowered. That change in pressure creates a vacuum, and flavours that cannot be collected in ambient pressure are drawn from botanicals. These often include fresh, delicate and bright notes that would be destroyed in a hot distillation.

How does this work? The range of temperature for one thing. Compared to hot distilling where the boiling temperature is limited to 78°C, extraction can happen anywhere between 5°C and 78°C. To give an idea of the difference this can make, “With lemongrass for example, even a 5°C increase in temperature changes the flavour from juicy-sweet lemon sherbet to a glue-like resin.” This difference in flavour is a fundamental reason why Abbie uses it in her distillation. As she says, “This method of distillation gives me ultimate control over the process and allows me to introduce and preserve distinctive flavours that are the signature of Cooper King gins – such as lavender, lemongrass and fresh basil. For us it’s the key to achieving a bright, fresh and clean spirit.”

“Changing the diameter or length of the vapour path, suspending botanicals at different heights directly above the pot or offset to one side, macerating botanicals at different depths in the charge, applying external cooling to aid reflux are just a few of the basic experiments we have been able to execute. We might not be splitting the atom, but we are working towards eking out the right flavours for that next gin.”

So, pot distillation is great for high extraction and bold, stewed flavours. Vacuum distilling produces less, but pulls more delicate flavours that would have otherwise been destroyed; that gives us a wider spectrum of flavour. Using both methods opens up lots of avenues to experiment.

Chris Smith of Hepple Spirits has been using pot distillation, vacuum distillation and the very sciencey-sounding supercritical distillation. Now this isn’t just for show; there’s a real purpose to using these techniques together. They allow Chris to capture more of the flavour and deliver a drink of more depth, and there’s science to explain how.

In this instance Chris uses supercritical distillation for juniper. “Ground, ripe juniper is put into a chamber filled with liquid CO2 to 3,000 square inches of pressure, which is the same as a third towards the bottom of the ocean. This pressure keeps molecules together and they break apart easier, lowering the boiling point. The next step from here is to heat to just 40°C and this creates the supercritical fluid possessing qualities of both gas and liquid.” The solvent strips out the “absolute of juniper”, a rich golden oil that is “the closest thing to juniper other than juniper itself”.

So we’ve got the bold, stewed flavours of pot distilling, the delicate, brighter flavours of vacuum distilling, and now through supercritical, we get flavours that are impossible to extract otherwise. Put these together and you have a rich, overarching collection of compounds from the botanicals. Considering these different methods and the variables, the ratio and quality of each botanical, how long they are distilled for and cut, of each distillation type, the ratio in which they can be blended with other distillations and the time left to marry and potentially age, it’s no wonder that there is an incredible spectrum of gins out there.

Thank you for your time Abbie, Ben and Chris. I have even more appreciation for the skill behind what goes in each bottle. Science, art and just a little bit of magic.

Read more about the science of gin production here.

0 comments on “Science, art and magic at the gin still”