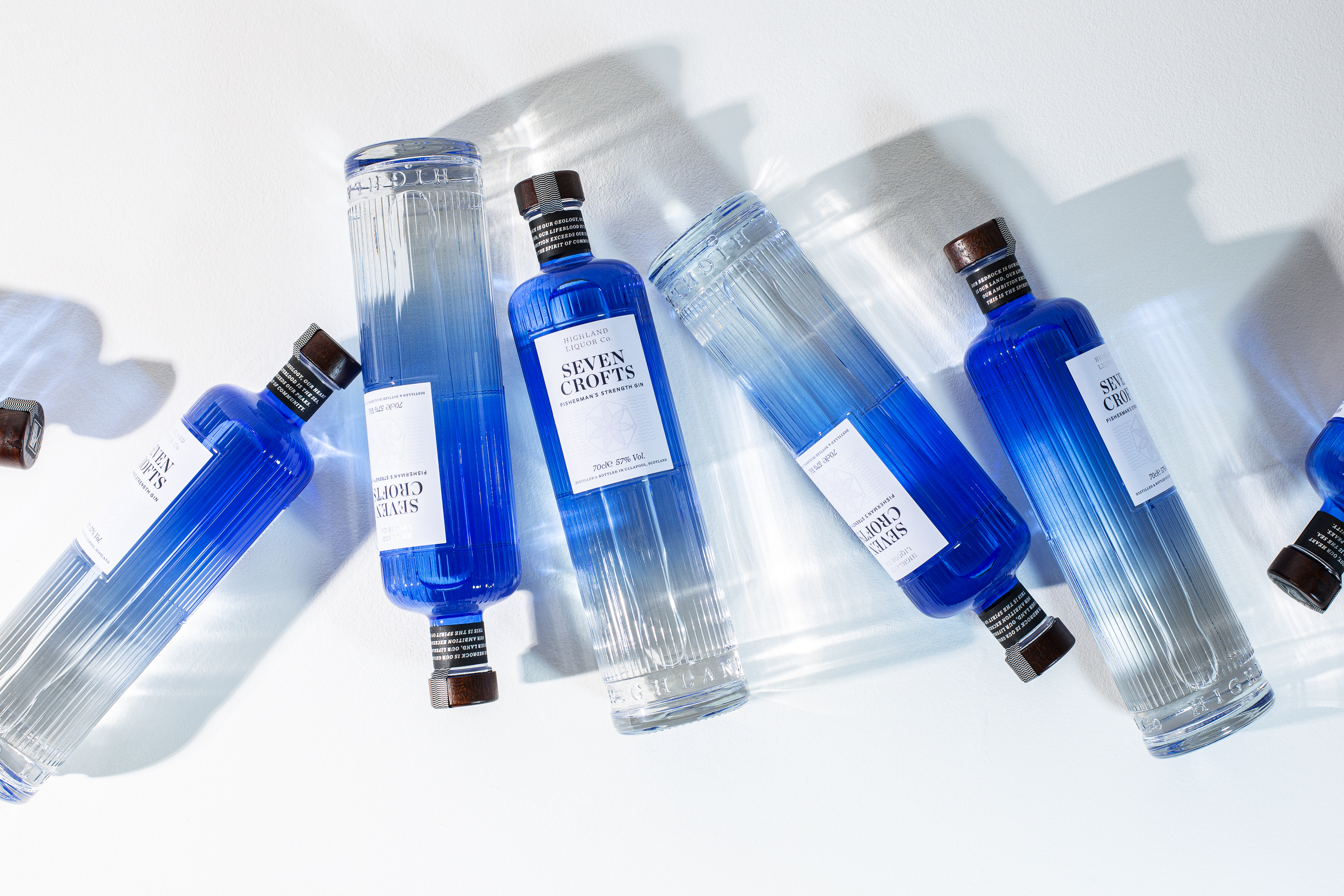 Bottled at 57% ABV, the small-batch Fisherman’s Strength Gin has a botanical mix including coriander, pink peppercorns, cubeb, angelica and fresh lemon peel. Some botanicals are added straight to the pot, while others are vapour-infused to preserve their more delicate flavours.

The Highland Liquor Company says the Fisherman’s Strength Gin would make a great accompaniment to seafood (naturally) or could be enjoyed in a Martini or a G&T garnished with orange.

Founded by Helen Chalmers and Robert Hicks, the Highland Liquor Company is based in Ullapool in the northwest Scottish Highlands. Its signature gin range was named after the seven private dwellings that made up the village in 1791. The brand won Best New Launch Design at the World Gin Awards 2020 for its bottle, inspired by its coastal roots.

Robert Hicks said: “We developed our Seven Crofts Fisherman’s Strength Gin in tribute to Ullapool’s fishing community, which has been at the heart of the community for more than 200 years.”

Seven Crofts Fisherman’s Strength Gin will be on sale at selected independent retailers from 9 October with a recommended price of £48 for a 70cl bottle. It is available to pre-order on the Highland Liquor Company website.