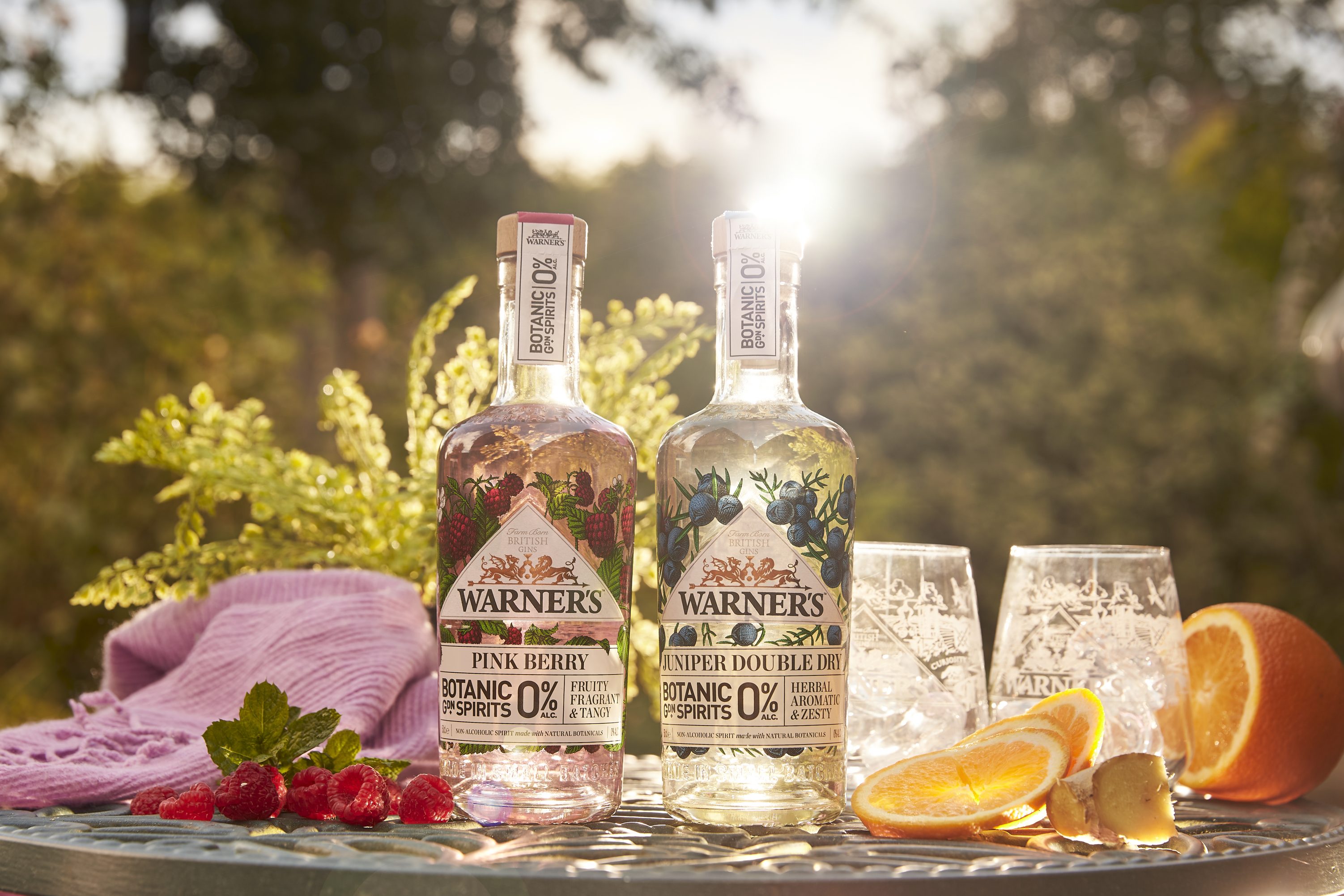 Warner’s is joining the growing ranks of gin makers with a non-alcoholic product in their range with the launch of its Botanic Garden Spirits.

The distiller is no stranger to innovation, having been at the front of the pack in the recent flavoured gin and pink gin movements, but its 0% ABV botanical spirits are its first foray into no and low-alcohol – a sector which is gaining popularity by the day, particularly among younger drinkers.

The range launches with two non-alcoholic spirits, Pink Berry and Juniper Double Dry; they are made with all-natural botanicals, with 90 per cent of the ingredients sourced from Warner’s’ estate at Falls Farm.

The Juniper Double Dry pairs cinnamon and cardamom with zesty lemon verbena and lemon thyme, while the Pink Berry combines raspberries and blackcurrant sage with chilli, ginger and Szechuan pepper.

Following on from its successful new series of live virtual gin tour and tasting experiences, Warner’s will be hosting a one-off Botanic Garden Spirits virtual launch event on 2 October, including a tasting led by Warner’s co-founders Tina and Tom Warner.

Tina Warner-Keogh says: “Our non-alcoholic spirits are crafted with a real focus on flavour, so that everyone can enjoy a sundowner moment together with us, regardless of whether they consume alcohol or not. We’ve always taken our inspiration from the great British countryside to craft our all-natural gins and we’ve done the same with our 0% Botanic Garden Spirits, capturing the outside in every bottle to create nature’s non-alcoholic spirits.”

Tom Warner adds: “It’s taken us two years to perfect our new 0% Botanic Garden Spirits range, but we’re confident that our existing gin fans and newcomers will be blown away by what we’ve created.”