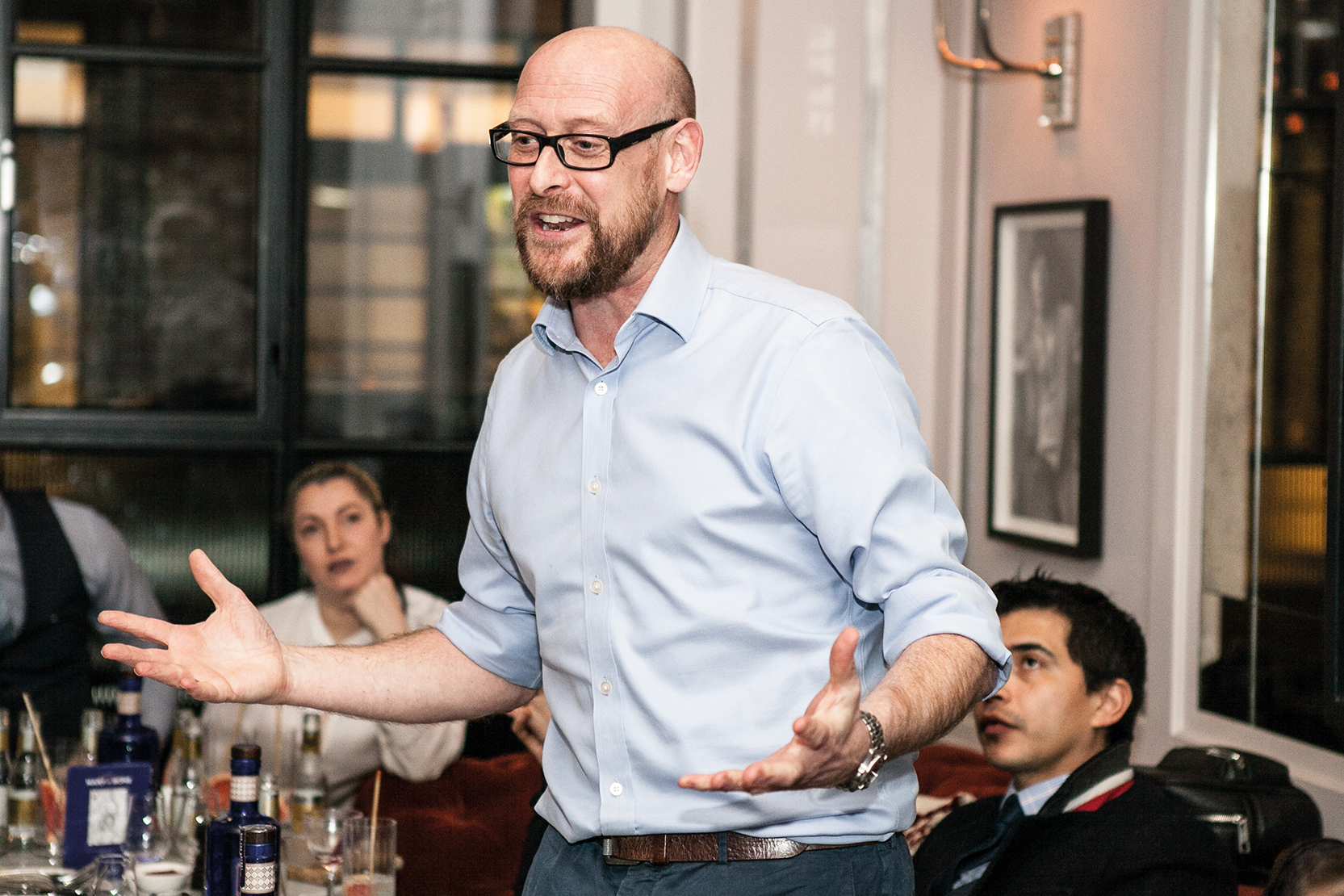 While standing as a symbol of England’s gin heritage, Johnny Neill is simultaneously challenging the modern spirits world with his brands.

There are few figures in the modern gin world with more pedigree than Johnny Neill. As a descendant of the Greenall family, who have been distilling in England since 1762, gin was always in his blood. Discovering his grandmother’s gin bottle collection piqued his interest in the family business and she eventually taught him how to distil.

He initially followed his father’s footsteps into accountancy, but after a brief and unsatisfying flirtation with the profession he left to pursue a career as a drinks maker. (Could one say it was destiny?)

Despite his connection to the world of spirits, Johnny’s journey in drinks production began with beer.

“Originally I was looking at brewing,” he says. “In the early 2000s I was looking for a site in Surbiton, where some friends of mine had a unit, but the capital investment for a microbrewery was massive. I did a brewing course in Sunderland – it was fine, but it was low-margin and I thought the better of it.

“Then I started looking at gin. There was a nice back story, the heritage was there with Greenalls. We started distilling at Thames Distillery with a mini-still. It was 2003 or 2004 so everything was quite traditional, but Thames Distillery was more experimental.

“Initially it was a bit dull: hyacinth, elderflower, dandelion. We built a core recipe around which we wanted to grow, but the floral notes were not working with it. It lent itself more to citrus.”

Again, Johnny looked to his family for inspiration – specifically his wife, who is from South Africa. “We must have tried 23 or 24 South African botanicals, most of which were not great on their own, let alone bringing them into a larger recipe,”
he admits.

“But I also had cape gooseberries – we distilled fresh ones of those, you get a tartness but it is quite subtle. Then we found a company which was exporting exotic botanicals to Europe, one of which was baobab. We tried the seeds which were quite bland, but then we tried the pulp and it worked. It is quite cloying, but has a slight lemon sherbet flavour to it. In South Africa they make a lemonade out of it.”

The discovery of baobab was a turning point in the creation of Whitley Neill gin, so much so that the distinctive tree was eventually adopted as the brand’s emblem.

Whitley Neill was bought by drinks conglomerate Halewood International in 2009, but Johnny says it wasn’t until new senior managers with a wealth of spirits experience took charge a few years later that the brand really blossomed. “Whitley Neill just needed a bit of love and a bit of investment. It had been treading water for a few years,” he says.

The brand is now known for its proliferation of flavoured expressions, including blood orange, quince, gooseberry and rhubarb and ginger, but its rainbow-hued range has drawn criticism from some more orthodox corners of the gin world.

Johnny quietly but firmly shakes off the criticism. He believes the Whitely Neill brands stand strong in the flavoured gin category and appeal to potential gin drinkers who may use flavoured gins as a stepping stone to more traditional products.

He says, “We are very much on the edge. They are distilled gins and we have the London dry gin that sits underneath. We are not the only ones in that area of the market now. We will continue to invest and to be as transparent as possible.

“We are all seeing it now: traditional gin is in slight decline and flavoured gin is on the rise. It has been an interesting journey for us and it is a new journey for the consumers as well. I am hoping we can take them on a journey to traditional gin and we can bring it full circle as their palates evolve.”

FROM INTERNATIONAL TO ARTISANAL

Johnny has been able to stretch his creative muscles with his newer brand Marylebone Gin. The indulgent, higher-ABV spirit was inspired by the history of the area from which it takes its name, specifically the Marylebone Pleasure Gardens –
an  18th-century nightlife hotspot and a place to “see and be seen” in the capital.

“From about 1670 to 1790 there was a pleasure garden at Marylebone. There were others at Vauxhall and Chelsea,” Johnny says. “I have my 50-litre pot still, Isabella, at the Marylebone Hotel. We are right in the centre of London here. All the experimentation happens on Isabella.”

As well as the original Marylebone Gin, there are rum cask-aged and orange and geranium expressions (the latter was named Best Flavoured Gin at the World Gin Awards 2020 in February).

Marylebone Gin set the stage for Johnny’s next experimental brand, Berkshire Botanical. Launched in September 2019, this gin is firmly connected to its home in Yattendon, Berkshire. It is distilled at the village pub, The Royal Oak, and uses local botanicals including Norway spruce from the Yattendon Estate, one of the UK’s largest Christmas tree growers.

Besides the original Dry Gin there are three flavoured expressions available, inspired by the flora and fauna of the Yattendon Estate: Dandelion and Burdock, Rhubarb and Raspberry, and Sloe.

Johnny says, “I live in Berkshire and wanted to have something a bit closer to home. I wanted to try and build something locally and started with gin, because that is what I understand, but hopefully we can deliver some other products and get more sustainability – grain to glass, if possible.

“I had been talking to the Yattendon Estate and planning for about eight months before the first bottle was released. It’s sold in
the estate shop. At the moment we’re based in the Royal Oak, but I’ve been asking the estate if they have any bigger units we could use – I have a 200-litre still in Liverpool that is wasting away at the moment.”

This expansion for Berkshire Botanical isn’t the only property-related iron that
Johnny has in the fire. Plans were in motion to redevelop a site in Mortimer Street, central London to become a brand home
for Whitley Neill and Marylebone Gin, although this project is on hold due
to coronavirus.

Speaking about the redevelopment, Johnny says, “It will have a 2,000-litre still and a bigger Marylebone still. We’ll also have a restaurant, bar and gin school, and I’m hoping there will be some space to grow the botanicals as well.”

He adds, “Whitley Neill is still distilled at Langley Distillery and our larger batches of Marylebone are done at City of London Distillery. We have never had our own home, so this enables us to do it in London.”

0 comments on “Maintaining a ginasty: In conversation with Johnny Neill”