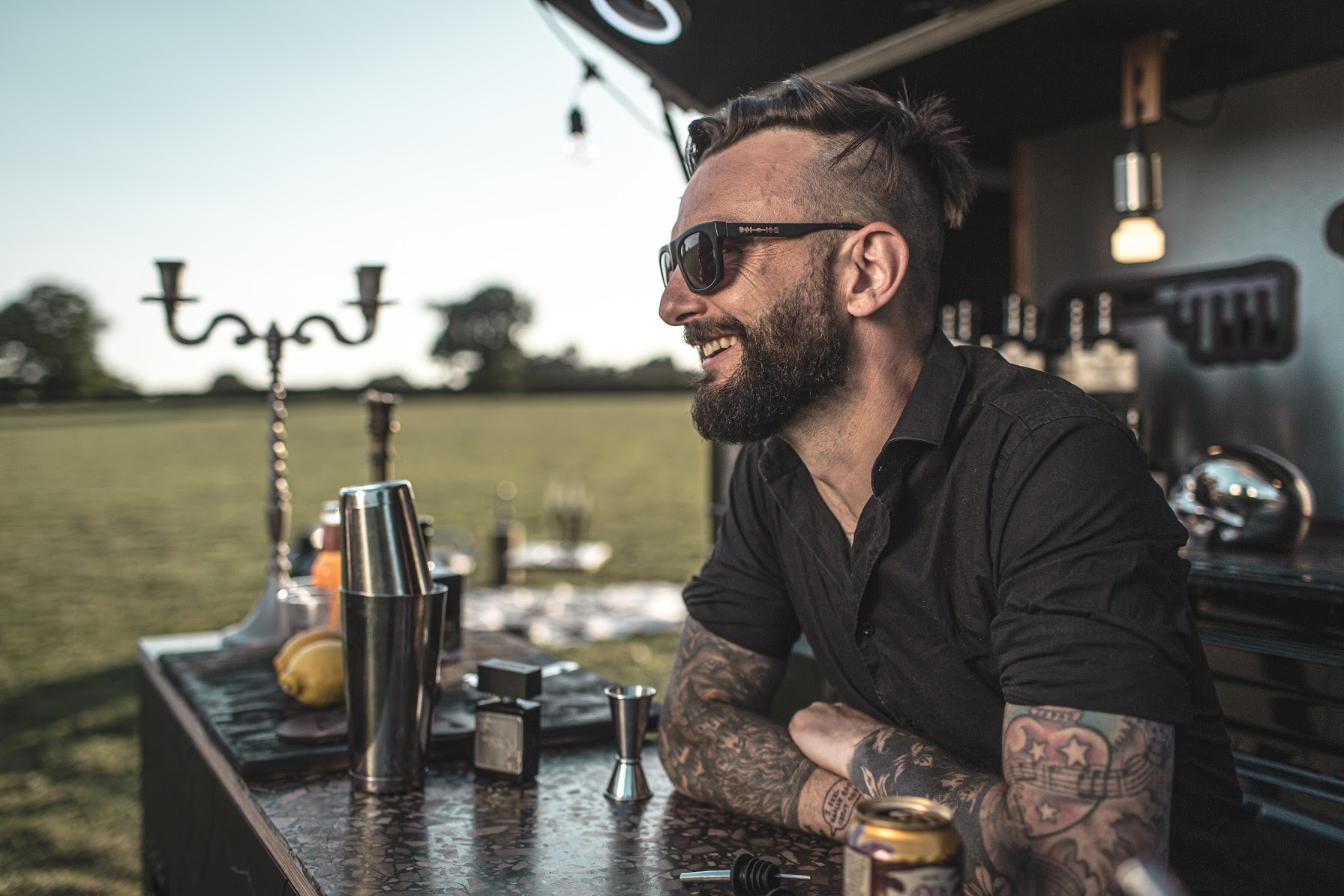 We’ll start with a bit of spirits trivia: do you know where the concept of alcoholic ‘proof’ comes from? In the early 1800s, before the advent of modern alcohol strength testing with the Sikes Hydrometer, there was no hard and fast way to determine the strength of an alcoholic product. The British Admiralty came up with its own method after a few too many kegs of gunpowder were ruined by spilt gin or rum: if an amount of gunpowder was soaked in a spirit and it would still ignite, the spirit was said to be “gunpowder proof” (around 57.1% ABV in new money).

As well as being the origin of the moniker ‘navy-strength gin’, this tale has inspired one man to pay homage to gunpowder in his own high-ABV spirit.

Elemental enthusiast and fragrance expert Leo Crabtree founded BeauFort Spirits with the idea of creating a gin that evoked the sensations of gunpowder. While there are other ‘smoked’ gins on the market, Leo planned to take quite a different approach to his spirit and spent three years in research and development to get his Fifty-Seven Gin up to scratch (and sniff).

Leo has always erred on the experimental side – daring to go where others have not. Before he entered the spirits world he founded a fragrance company with this attitude at its heart. “I have a brand of what might be called ‘experimental’ fragrances, which have found their niche in the world of perfumery and have found something of a cult following,” he says. “I have always been attracted to elemental smoky aromas and tastes, and our approach has always been to push these areas in fragrance. The word ‘perfume’ is derived from ‘per fumum’, or ‘through smoke’, and taking this aspect to its extremities by using wood resins and tars has produced BeauFort London’s signature ‘note’. ”

Leo and his team actually had the idea to make a fragrance based around gin botanicals before he turned the idea on its head to make a gin using the principles of perfumery.

He explains, “It seems really quite logical, particularly when so much of taste (around 70 per cent) is smell, to approach spirits from an aroma perspective. The mechanism of extracting flavour and

fragrance through distillation is used in both worlds and the application of the essential oils of botanical ingredients is vital to gin and fragrance production. In fact, the first recorded alcoholic perfumes were actually spirits re-distilled with herbs and spices.

“I think in some way all gin manufacturers use their ‘nose’ to create their products; the aroma of botanicals is so key to the whole process, and the smelling of the heads and tails of the distillation is vital to understanding your distillation.”

In his recipe, Leo has tried to recreate the ‘olfactory effects of gunpowder’ – rectified wood sap and citrus oxide compounds – through the use of smoked botanicals and citrus peels. The gin was crafted to Leo’s specifications by head distiller Rob Dorsett, with a botanical mix featuring smoked oak and hickory chips, spicy Szechuan pepper and pink pepper alongside more pedestrian botanicals including lemon and orange peel, orris root and liquorice.

It is distilled at Langley Distillery, with the botanicals steeped in neutral spirit and water heated to 50°C the day before distillation to help release the essential oils. The spirit is finished at Union Distillers in

Leicestershire where the high-strength distillate is blended with BeauFort’s own organically smoked spring water (the production method of this is top secret, but involves a tie-up with a smokery in Wales).

While Covid-19 has thrown a spanner in the works for the promotion and distribution of Fifty-Seven Gin and BeauFort’s other spirit, Three Tides Smoked Demerara Rum, traction has remained strong for the products and Leo says there are exciting partnerships underway. “There are some great food places that are working with us – Tom Kerridge’s Hand and Flowers in Marlowe is listing us, as is Alex Claridge’s Wilderness in Birmingham. There is a clear link between our experimentation in flavour and good food.”

BeauFort is at the forefront of creating gin in this olfactory-focused way. “The gin category is obviously saturated and we need to stake our claim to the part of the category where few dare to tread – at the extremes of flavour and experience,” Leo enthuses. “There is one company based in Grasse, the home of perfumery, which uses some extraordinary extraction methods in its gin production… but I don’t think there is anyone approaching it from quite the same angle as we are. I suppose our goal is to create effect, and almost tell a story, using the methods at our disposal.”

0 comments on “Where there’s smoke: the BeauFort Spirit story”