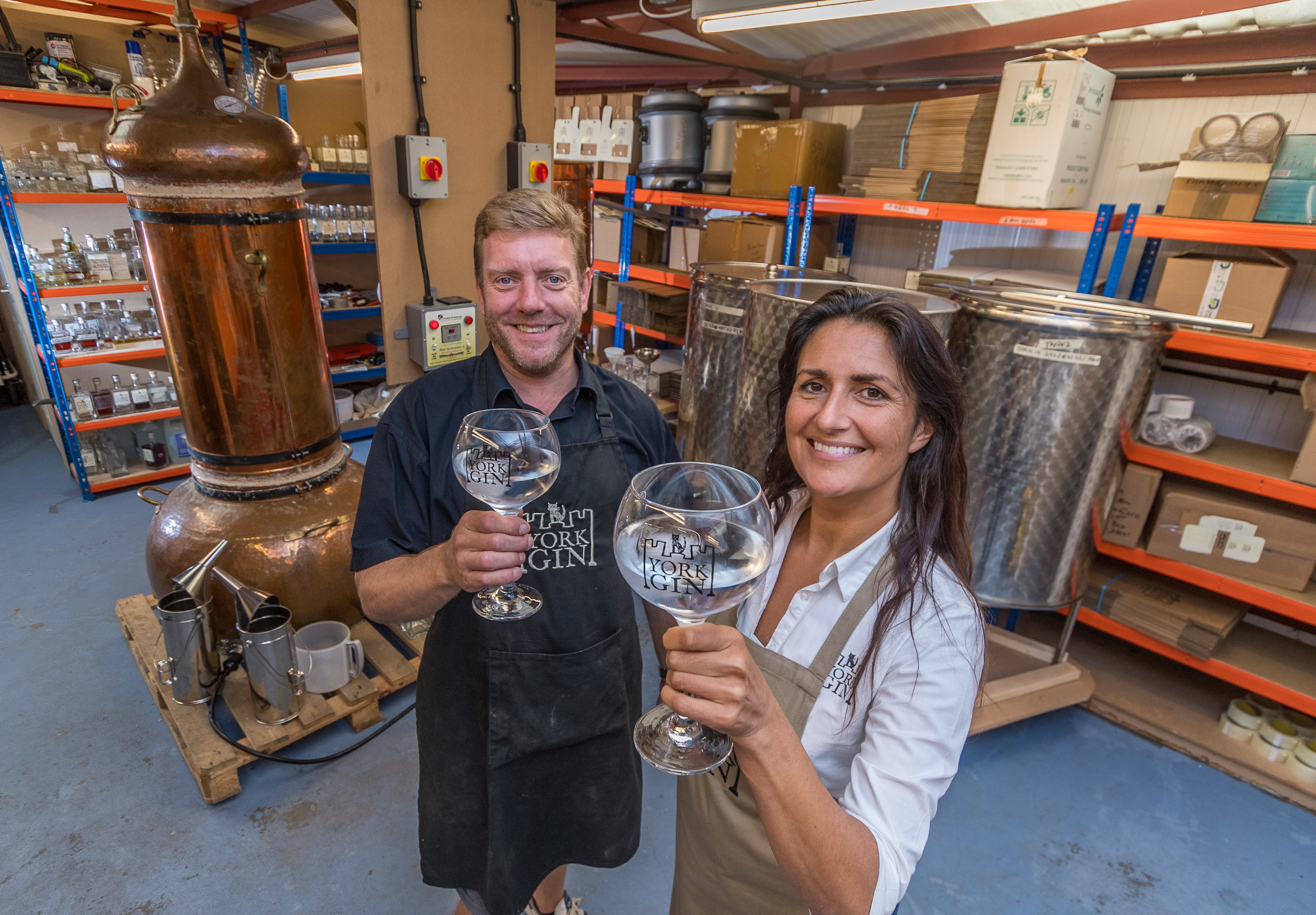 In the latest of our interview series with distilleries which champion their local environment, we speak to York Gin about its mission to celebrate the history of the spirit and the city.

They say that no man is an island, that collaboration and partnerships are key to success, and this certainly seems to ring true for the team at York Gin.

The distillery – the only one in the city of York – was launched in 2016 by a group of people who knew each other from down the pub (yes, really), but it is their passion for both the spirit and their home city that are helping to build the brand into a national success and a local icon.

York Gin has four directors: Emma Godivala, a life-long gin fan who had a career in PR and marketing before devising the York Gin brand; Paul Crossman, landlord of three award-winning York pubs (including the Swan Inn where the brand was dreamt up) who now acts as a consultant; Pete McNichol, former landlord of the Swan and now in charge of York Gin’s commercial relationships; and scientist and foodie Harry Cooke, who designed and now runs the distillery.

Emma says, “We are all locals at the Swan pub and have lived in the South Bank area of York for decades. We all love our gin; we also love our city and wanted to make a gin that would make York proud. We’d looked around at places like Newcastle, Liverpool and Durham with their own gins and wanted our city to be represented in this second ‘Gin Craze’.”

Emma tried to register the York Gin name at the same time as Paul, Pete and Harry – so they decided to join forces. Paul’s business partner Jon Farrow was also involved until his recent death, but his children now have an active interest in the company.

True to their word, the team has tried to do York proud in its products. “Our brand ethos is to celebrate both the history of gin and the history of York,” Emma explains. “Our motto is ‘History in the tasting’ and our inspirations come from York’s 2,000-year-old past and gin’s centuries of traditions.”

The gins are made using a traditional vapour infusion technique on an alembic copper still called Ebor (after Eboracum, the Roman name for York) and its London Dry Gin, the foundation of its other expressions, uses nine botanicals which would have been available on the Spice Route during the 18th-century ‘Gin Craze’.

Its label features a cat sitting on a wall – to represent the famous York city walls and the ‘Puss and Mew’ gin shops which opened in the wake of legislation to curb the Gin Craze, where customers could collect their drop of gin from cat-shaped vending machines which dispensed gin from the tails. (Fun fact: York has its own Cat Trail of more than 20 cat figures attached to the walls of buildings around the city, which were thought to ward off evil spirits.)

There are local links across the York Gin range. Its navy-strength gin, Outlaw, is inspired by local villains Guy Fawkes and Dick Turpin. Its tea-infused gin Grey Lady is named after one of York’s most famous ghosts. Its Old Tom Gin uses sugar syrup made at the Michelin-starred Star Inn in North Yorkshire, while its Roman Fruit gin uses a tea infusion of strawberry, raspberry, blackberry and hibiscus created by Yorkshire’s Pippa Teas.

York Gin has sustainability and fairness at its heart and the directors do what they can to support their community. Emma explains, “We pay all our team the Living Wage. We run our distillery and shop on 100 per cent green electricity and our distillery van is electric. All our bottles and packs are plastic-free.

“We try whenever we can to use local independent companies and they reciprocate – York is a brilliant and supportive city to work in. We are served in literally hundreds of the city’s bars, pubs and restaurants. York has a thriving independent scene and we are a proud part of the attempt to keep things local.”

The brand also has a wider national distribution network, selling with venues from Aberdeenshire to Cornwall, as well as a retailing online with sites including Master of Malt, Gin Kiosk and Distillers Direct.

So, we’ve focused on its strong connection to the past – but what does the future hold for York Gin?

“Our ambitions have developed somewhat after running a city centre shop and we are now keen to develop distillery tours and other experiences that will delight, educate and entertain gin-loving visitors to our beautiful city,” Emma says.

“Our ambition was always to create superb gins that would make the city proud and during the first couple of years, we’ve gone some way to achieving that aim. We also always said that we wanted to have fun and we can safely say that, despite the challenges that face every single small business, we have enjoyed the time of our lives running York Gin and seeing it thrive in our home city, and beyond.”

0 comments on “York Gin: Raising a glass to the city’s heritage”