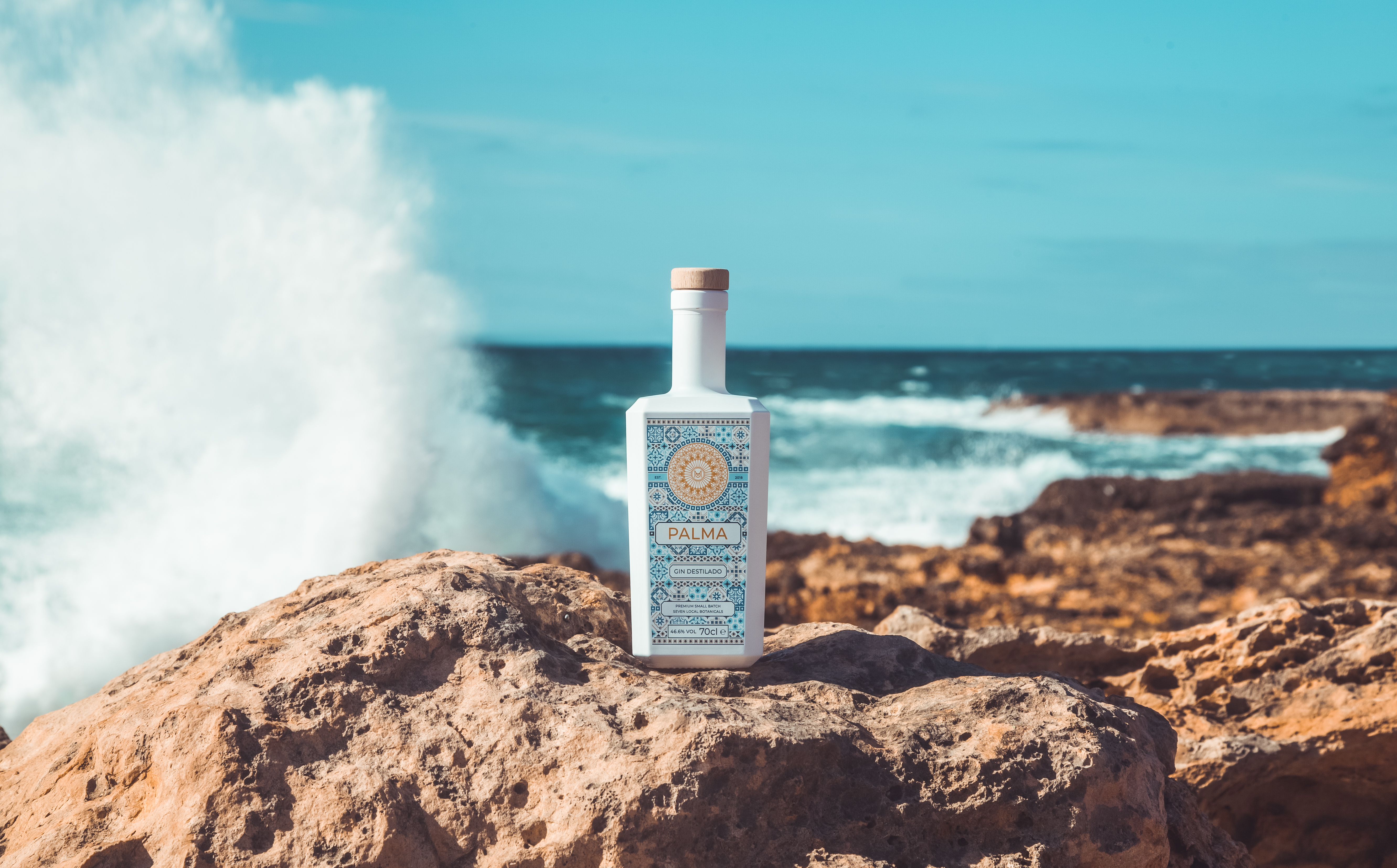 From Britain to the Balearics, we meet the couple shaking up Mallorca’s craft gin scene

How many of us, in a quiet moment of frustration at the drudgery of everyday life, have thought of moving to an island and setting up a gin distillery? Husband-and-wife team Byron and Amber Holland, for a start.

After five years working as crew on luxury yachts and sailing around the world, the couple, originally from Newcastle in north-east England, returned to the UK to start a bar and restaurant in Edinburgh. However, just 18 months in – and despite the venue’s rip-roaring success – they felt the pull of the sun, sands and blue seas of the Med.

“We made the tough decision to put the restaurant up for sale. Within three months we had found a keen buyer, sold up and were on a plane back to one of our favourite places, Mallorca,” says Byron. “During our time in Edinburgh we were actively involved in the alcohol industry and saw first-hand the rise of the craft distilling revolution, seeing some fantastic gins emerge onto the market. We were often invited into the breweries because of our bar and a lot of them were starting to expand into distilling. This is where we really started to research gin – the flavours, botanicals and distillation process – which then became a passion of ours.”

After 18 months of preparation, and the birth of their first child, the couple founded the Mallorca Distillery in April 2018 – the first craft distiller in the island’s capital, Palma. Around this time, head distiller James Gibbons joined the team. A chemical engineering graduate, James worked with a global coffee company before joining the newly founded Copper Rivet Distillery in Kent, where he learned the fundamentals of brewing and distilling. Byron adds, “It was important from the start for us to find a distiller with passion and an understanding of craft distilleries, so he was a perfect fit.”

Mallorca Distillery officially opened in July 2018 and its first product, Palma Gin, launched two months later. It uses a base wheat spirit, made by a local organic producer, which is macerated with juniper and orange, lemon and lime peel; more delicate botanicals including almond flowers, lavender, orange leaves and tomato branches are vapour-infused during distillation. The gin is chill filtered before bottling, leaving it as crystal clear as the waters lapping the Mallorcan beaches.

In its first year on the shelves Palma Gin has become a multi-award winner. It is not just the spirit which has been lauded, but also its attractive bottle design – the pattern was inspired by traditional Mallorcan tiles, known as suelo hidraulico, and is printed onto the glass with organic paints, which  therefore makes the bottles eco-friendly and totally recyclable. The couple are, quite rightly, chuffed with their success. Byron says, “A lot of love, time and tears have gone into the creation of this brand and even though we may be a little late to the distillery revolution, we want to put ourselves and Mallorca on the map as producers of high-quality premium spirits.”

From bush to bottle

Working in harmony with the island they call home has been important to Byron
and Amber from the start of Mallorca Distillery. Byron says, “We work with two organic farmers and an Agrotourismo estate on the island that provide us with eight of the botanicals we need to make Palma Gin, which really allows us to sustain ourselves from the island. The farmers are extremely passionate and always full of suggestions when it comes to the use of their produce. Despite the abundance of fresh oranges and lemons on the island, nobody seemed to be growing limes – another of our botanicals – so now our farmer is growing the only limes on the island just for our distillery. Our tomato farmer is a specialist in his field and has now started to plant coriander to harvest the seeds for our distillations in the future. Those distilled botanicals get returned back to one of the farmers for use in animal feed.”

The couple’s self-sustaining approach suits island life well, but there are some items that are harder to source. “Sometimes the reality of being in the middle of the Mediterranean is apparent – we have to take care to ensure we have sufficient spare equipment on site, as it can be difficult to get replacements at short notice,” says Byron. “But opening the distillery in Mallorca definitely has its advantages, not only with the beautiful Mediterranean climate but also with the quality of our work and personal life.”

Since launching Byron and Amber have focused on their local audience, setting up sales and distribution channels on Mallorca, but international demand has been supercharged by their spirits’ popularity and critical acclaim. Mallorca Distillery products are now available in Spain, Germany, Italy, Sweden, Switzerland and the UK (following a launch in partnership with department store chain Fenwick in December 2019).

Rather than taking the route of many gin distillers for a second expression and getting fruity, Mallorca Distillery decided to go barrel-aged.

“I have always loved working with barrels and barrel-aged spirits, and found barrel-aged gins a bit of a curiosity,” head distiller, James Gibbons explains. “With so many wineries on the island, we were spoilt for choice when it came to barrels; they often go unsold and as a result are really good value for money.”

James said the distillery uses veteran barrels – on their fifth or even sixth fill – and goes for a shorter aging period “to make the most of the wine, rather than the oak”. It’s aged with added vanilla, cinnamon and cloves, which help to tie Palma Gin’s citrussy profile to the richer red fruit and spiced notes from the barrels. But never fear, pink gin fans: Mallorca Distillery is exploring options, but in a way which fits with its local and sustainable values – so no strawberries, raspberries or rhubarb.