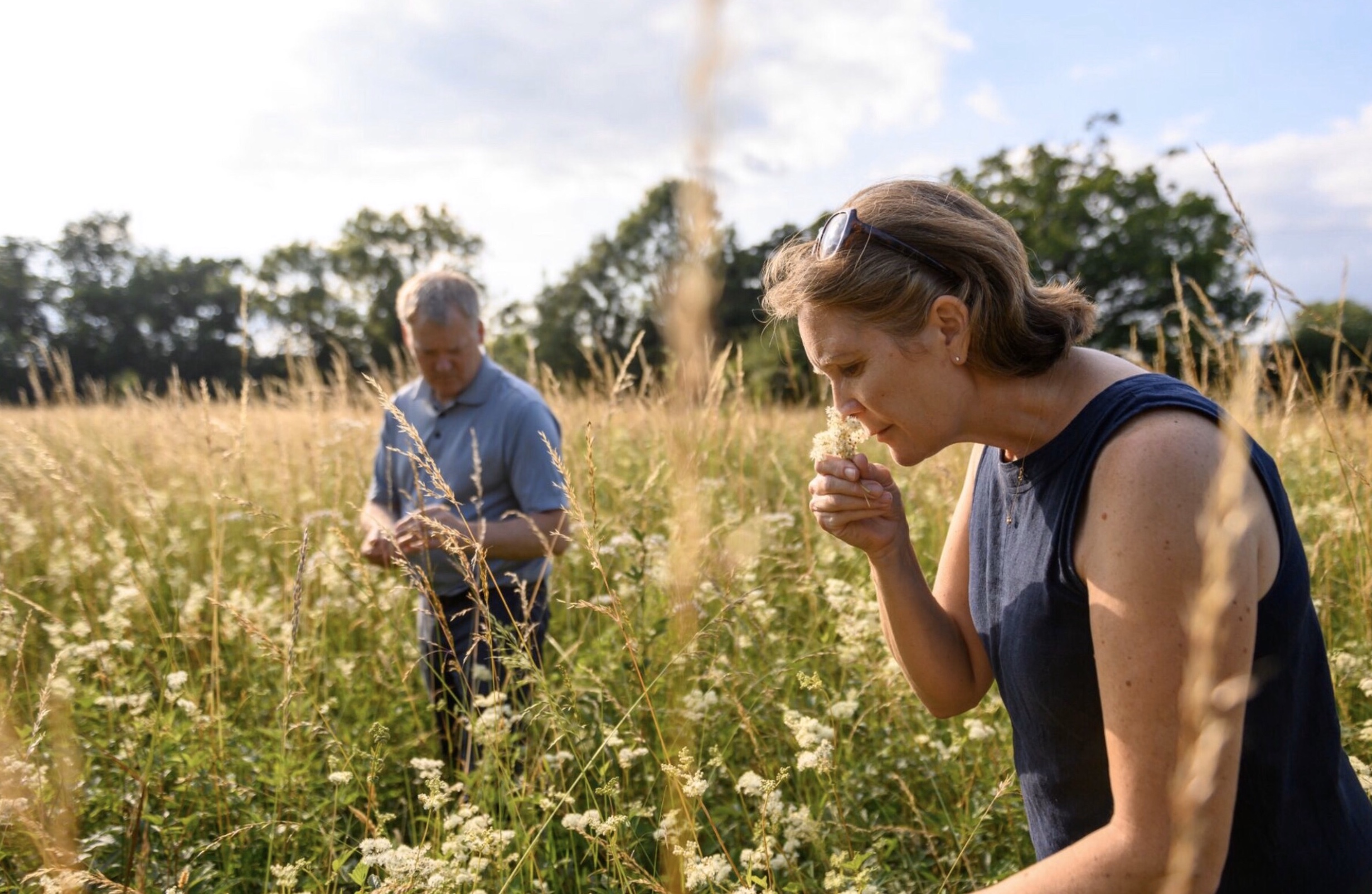 In the first of our new interview series with UK distillers making the most of their local environment, we meet the River Test Distillery in Hampshire. After moving from the education sector into gin making, founders Sarah and Jonathan Nelson have quickly become high-achieving distillers – taking home a country accolade in the World Gin Awards 2020.

Sarah and Jonathan Nelson, the husband and wife team behind the River Test Distillery in Hampshire, don’t have a background in distilling or even in food and drink. Both are educators: Sarah was a teacher before leaving the profession to raise the couple’s children, while Jonathan worked his way up to a headteacher’s position at a successful primary school.

It was in this job, around three and a half years ago, that Jonathan first felt the itch for something else. “I didn’t get the autonomy that I imagined you would have as a headteacher. You get people pulling you in different directions. That planted a seed that the only way I would get that autonomy was if I worked for myself,” he says.

“Two of my passions are cooking and beer. I have been on cookery and brewing courses and got really interested in it. That is a way you can stamp your creativity on something.

“I quickly went off the idea of brewing beer because yeast is a tricky beast and where we live there are some fantastic breweries already. But then the gin thing started to happen and we sensed an interest in this locally.”

With a vast array of botanicals on their doorstep, a potential distillery building on Sarah’s parents’ estate in Longparish, where they also live, and the renowned waters of the River Test running through the property, the Nelsons decided to make the jump into gin making.

They attended a course at Brewlab in Sunderland, where Sarah says they met “colleagues and friends who were as passionate about it as we were”. Crucially, they were also introduced to iStill – a Dutch invention with automated distillation programmes that has turned gin making into a viable proposition for more first-timers and small-scale producers.

Jonathan says, “When the chemistry started I wasn’t sure I could do it; it sounded really complicated. After finding out about iStill we enrolled on another course in the Netherlands about using it. That was a great confidence-builder because you could see the potential of how that machinery could give you confidence if you have, as we did, no background experience at all.”

They founded the River Test Distillery in December 2017 and set about converting a disused outbuilding on Sarah’s parents’ driveway to house their operation. The River Test Distillery Gin didn’t hit the shelves until August 2019 – mainly because they commissioned a bespoke bottle design for it, a process which took around 18 months but which they feel was worth every day, and every penny.

“That gave us time to play with the recipe,” Jonathan says. “Sarah tasked me to go into the distillery and not come out until I had made the best gin in the world, but I said I was just going to try and make something that people really liked – and that was challenging because by now there were probably another 1,000 gins on the market. Everyone seemed to be making their gin distinctive by distilling with these weird and wonderful botanicals, but I thought we could make ours different by producing a really good gin for tonic. All those other gins doing wild and wacky things made us pause and go back to basics.”

He adds, “One of the things we were anxious about was seeing the number of new entrants to market and thinking we were behind and had to get started, but I am so glad we paused because going at our own pace enabled us to meet some brilliant people without whose support, encouragement and advice we would not have got to where we are.”

After about 12 distillations, Jonathan hit on a successful recipe (according to neighbours in the village who had volunteered to taste for him). Its botanical mix includes meadowsweet flowers, which add floral notes and honey sweetness to the spirit and are harvested by Jonathan, Sarah and a small army of helpers during the plant’s two-week summer flowering period. Jonathan also swears by the chalk-filtered water, which they source directly from the River Test through a borehole. “The gin uses larger amounts of botanicals, so for it to be described as smooth, I think that can only be because of the water,” he says.

Just six months after going to market, Sarah and Jonathan got the affirmation of their product they had been searching for when it was named best English London Dry in the World Gin Awards 2020.

“We knew we were doing well but we didn’t know exactly why. We hoped it was because of the gin,” Jonathan says.

“When we started we wanted to join the rich Hampshire produce scene, and people here have been very supportive of us – why wouldn’t you be when you have a gin distillery on your doorstep? But off the back of the award we have different ambitions. We still want to keep the friendships we have made and the relationships we have formed, but we would like as many people as possible to taste our gin.”

Although the River Test Distillery is taking off – the gin has recently been featured as a pairing gin on Fever-Tree’s website and it is now listed on Master of Malt – Jonathan has not totally abandoned his first career yet. He is still working as a school exams officer, distilling in the holidays.

He says, “It has really helped us having the business at home, particularly in the current crisis. We are not paying business rates or the lease on a building. It gives us the chance to go at our own pace which is really important.

“When we were debating this, I was losing more sleep by not doing it. It was a burning desire. But I have not lost a night’s sleep over the business now we have started it.”

Is there a distillery in your local area that you would like to see featured in this series? Let us know – email bethanyw@paragraph.co.uk.

1 comment on “River Test Distillery: Why we left teaching for gin making”