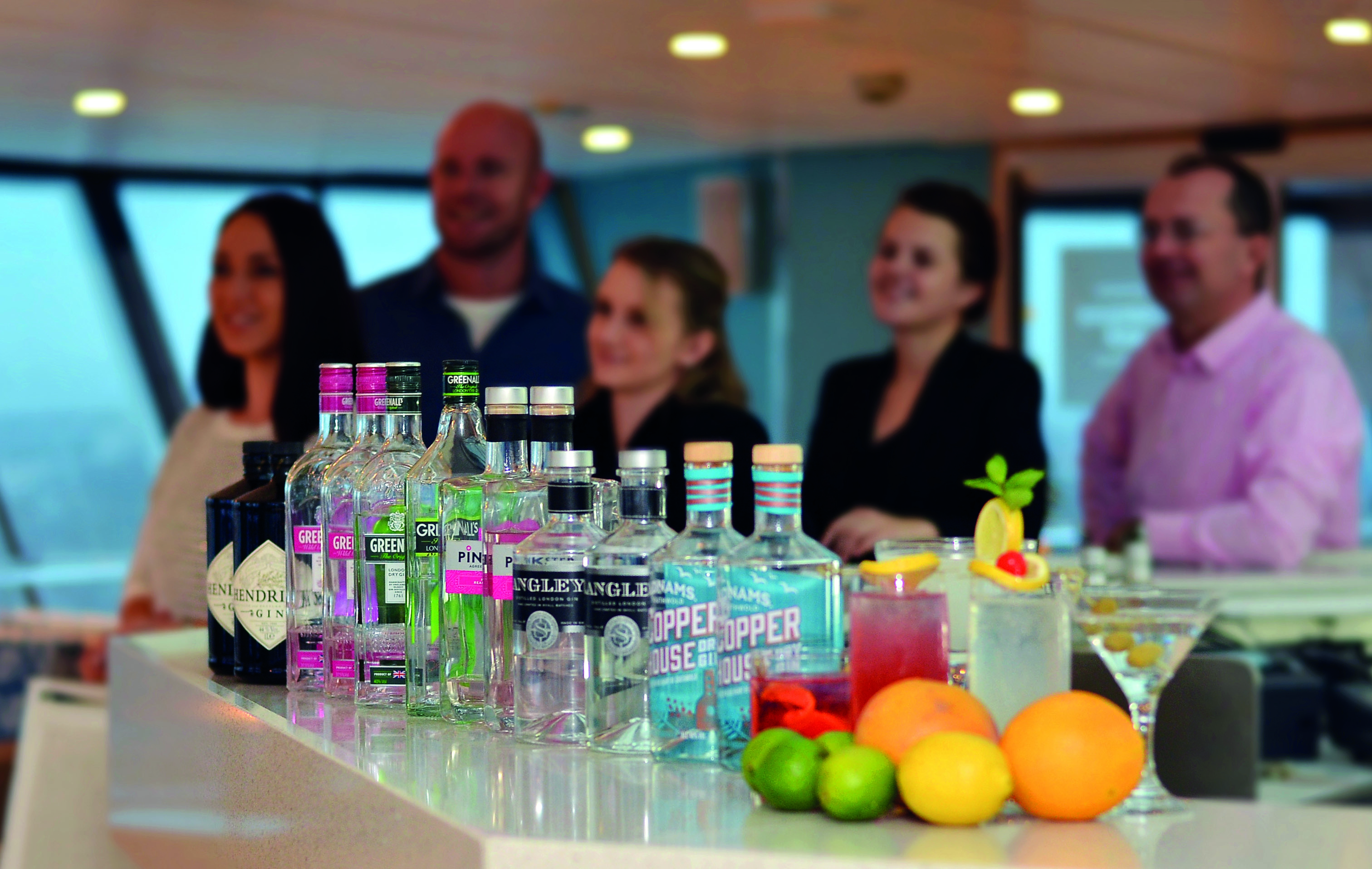 After capturing the airport market, distillers are chasing opportunity on the high seas

One of the most prominent signs that gin was finally taking off in travel retail was the much-publicised opening of the first airport gin microdistillery in 2016, The Nicholas Culpeper at London Gatwick’s North Terminal. Now it is the turn of the cruise ship world, which is set to boast its own floating distillery when P&O Cruises’ new 5,200-passenger Iona, the largest in the company’s history, embarks on its maiden voyage in May this year.

The Devon-based Salcombe Distillery is set to install a working distillery on the ship, which will produce an exclusive gin to be served in the vessel’s onboard bars, restaurants and duty-free stores. More specific details about the gin and the technical challenges of operating a floating distillery have yet to be released, but it has been revealed that Salcombe’s mainland distillery will be producing the same gin for all of P&O’s fleet, effectively making it the company’s in-house gin.

“Our two brands have an amazingly rich and shared history,” says Salcombe Distilling Company co-founder, Angus Lugsdin. “At the same time that P&O expanded into leisure cruising in the mid-19th century, the famous Salcombe Fruit schooners were entering their heyday, importing cargoes of precious fruits and spices from the Mediterranean to England’s ports and the ships probably passed each other on their voyages.

“Both brands are kindred spirits, born of the sea with a history of breaking new ground and exploring new horizons. To be responsible for creating a unique gin and distilling it onboard the first distillery at sea is a very romantic notion and brings us closer to the intrepid adventurers who travelled the world’s oceans seeking out the finest fruits, spices and herbs.”

P&O Cruises is not the only cruise ship company getting serious about gin. Fred Olsen Cruises is adding a gin-making masterclass to the onboard entertainment programme of its flagship Balmoral this year. With guidance from expert gin makers Nigel and Debbie Wright, guests can make up to six gins per session using Fred Olsen’s own copper distilling equipment. Guests can choose from more than 50 different botanicals and get to keep a 70cl bottle of their own handcrafted gin to take home with them. Classes are limited to between six and eight guests and the two-hour experience is priced at £25 per person.

Staying on the nautical theme, I wanted to draw readers’ attention to Mary Rose Gin, a cracking juniper-led gin made by Southampton-based craft distiller HMS Spirits Company. The gin is named after Henry VIII’s ill-fated Tudor warship which sank in 1545 and was salvaged in 1982. Presented in a suitably maritime-style 50cl bottle, Mary Rose Gin offers gentle notes of grapefruit and rosemary and has been listed by two cross-Channel ferry lines, DFDS and Condor Ferries.

The gin’s intriguing name is tied up with an old 18th century yarn about an entrepreneurial rogue called Captain Dudley Bradstreet who, after arriving in London, set up a scheme to sell gin in secret. He hung the sign of a black cat over his window, and let it be known that by knocking three times, a generous measure of gin would be dispensed once money was placed inside the cat’s mouth. Before long, cat signs began to appear all over the city and a new gin craze was born.

At the launch of Wildcat Gin at Heathrow late last year, World Duty Free set up a fun in-store Wildcat Temptation Hotel promotion area in Terminal 5. Visitors to the Temptation Hotel were greeted by a flamboyant concierge and invited to sample the gin in two mixed concoctions – the Wildcat Bramble or the Wildcat & Tonic. Wildcat Gin is now available at World Duty Free at all of its UK airport stores priced at £31.99 per bottle.