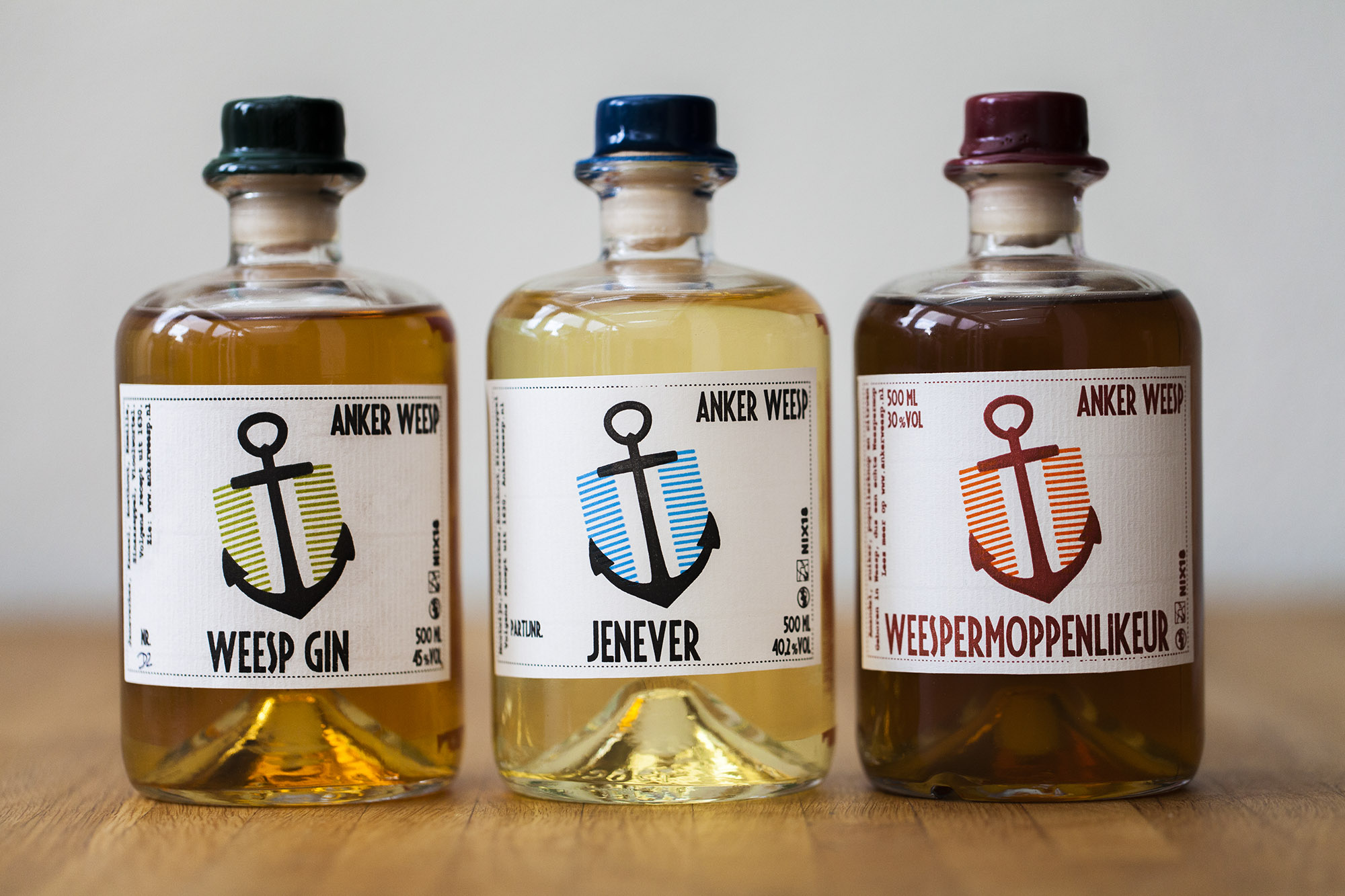 Genever distilling is set to return to the city of Weesp in spring 2020 with the opening of a new craft distillery, Anker Weesp.

Surpassed long ago by Schiedam, Weesp once was the largest genever city in the Netherlands. In the 17th century, Amsterdam banished all distilleries from its city limits. Most of them moved to nearby Weesp. The fleet of the Dutch East India Company, based in the nation’s capital, distributed Weesp genever all over the world. When the East India Company was dissolved in 1799, it contributed greatly to the demise of Weesp as a genever hub.

“In the Dutch golden age we had 30 to 40 distilleries,” says Christian Pfeiffer, co-founder of Anker Weesp. “It’s a part of our city’s history that has always intrigued me.” Pfeiffer and his wife Silvia are now reviving a small part of the genever tradition in Weesp. Together they run a windmill which processes a variety of grains. After stumbling upon an old Weesp genever recipe from the 1630s, the couple decided to bring genever back to their hometown. Anker Weesp is named after the last surviving distillery in Weesp, which closed its doors in 1885.

Anker Weesp will be a small producer, setting up shop in the historic Saint Laurentius Church in the city centre where it will be joined by beer brewery Wispe. Initially the couple expect to produce about 200 bottles a month. “To me it is important to revive the story of genever production in Weesp, maybe even more so than the genever itself,” says Pfeiffer. In recent years, Pfeiffer has produced the first batches of Anker Weesp genever at a friendly distillery located in a nearby city, respecting the ancient recipe from the 17th century. Made from barley, wheat and rye, Anker Weesp is an unaged 100-per-cent malt wine genever with a grain-forward flavour profile. Only a few botanicals are used: juniper berries, liquorice root and orange. “Those were fairly expensive botanicals for their time, indicating genever indeed was a luxury product back in the day,” Pfeiffer says.

Anker Weesp is made from local grains in limited batches. Because of the desire to be as environmentally friendly as possible, Anker Weesp is initially only being sold locally and almost exclusively distributed by bicycle or public transport.

Kalkwijck Distillers, a single estate distillery in the east of the Netherlands, has released two genevers aimed at whisky drinkers. Its Rye Genever and Oude Genever, finished in an ex-Islay cask, are designed to bridge a gap between genever and whisky. There are hardly any genever distilleries producing their spirit from grain to glass, but Kalkwijck truly qualifies as a single estate distillery. Situated in a farmhouse from 1904, the distillery is surrounded by almost 75 acres of farmland. Since it was founded 11 years ago, Kalkwijck has built a steady and loyal following.

“We exhibit at a lot of whisky festivals and wanted to offer something that would appeal to whisky drinkers,” says Christian Broekhuizen, who runs Kalkwijck Distillers with his wife and master distiller Lisanne Benus. “The term Islay is something that rings a bell with them – it is the home of many well-known peated whiskies.”

Kalkwijck Oude Genever Islay Cask Finish is a malt wine genever with minimal botanical influence from juniper berries, aniseed, citrus and liquorice root. More than half of the mash bill consists of malted barley, with rye and corn rounding out the recipe. After an initial maturation of one year in French oak Oloroso sherry casks, the genever was finished in a whisky cask that previously held single malt whisky from an undisclosed
Islay distillery. The Islay Cask Finish genever is smooth and grainy with a subtle peatiness that becomes more pronounced on the palate. “There needs to be a balance between botanicals, cask and our grain spirit,” says Broekhuizen. “If the cask or the botanicals start to overpower the spirit, we feel it is no longer what genever is supposed to be. A healthy grain influence is very important to us.”

The mash bill of Kalkwijck Rye Genever largely consists of rye, but also includes corn and malted barley. Botanicals such as juniper, liquorice root, coriander and aniseed give the genever more depth. It is aged in 300-litre new American oak casks, imparting a certain spiciness to the genever. “Rye is one of the most difficult crops to work with,” says Broekhuizen. “If you do it right, the results are amazing. Rye gives our genever an interesting earthiness, but because we also try to distil a fairly clean spirit, there’s an inherent fruitiness that pops up.”