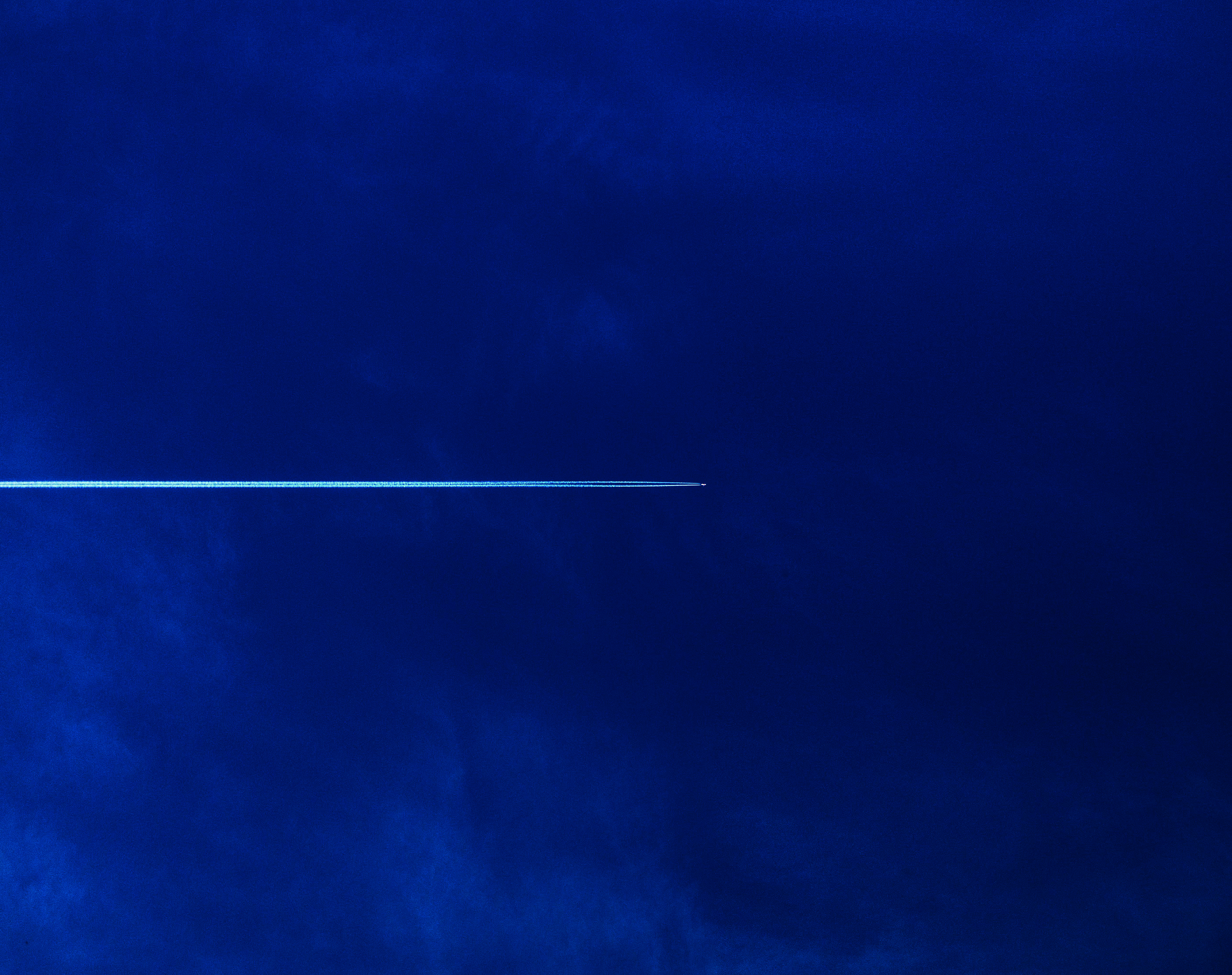 The brand that took off before the celebrities boarded

Aviation Gin existed long before actress Monica Ruiz dutifully stared down her martini and drank to her new, implicit ‘freedom’ (as she did in a 2019 television advertisement). Aviation Gin existed even before actor Ryan Reynolds boasted in 2018 that he “tried every gin on the planet” (a claim that I seriously doubt). In fact, Aviation Gin existed well before most of the craft and small-batch gins available on the market today.

The long journey from small craft brand to celebrity zeitgeist began in Corvallis, Oregon. Christian Krogstad and Lee Medoff founded House Spirits Distillery in 2004. “There are no plans for world domination,” Medoff told the Corvallis Gazette-Times in January 2005. “We are interested in the Northwest, where people have a real acceptance of or interest in craft product.” Medoff and Krogstad built their brand organically, especially in the early days. They took their product directly to bars, to restaurants, and to liquor stores in Oregon.

Krogstad said his desire to found a distillery was driven by creativity. “I didn’t start a distillery just to copy anyone else,” Krogstad said. “For me, the joy in starting a distillery and crafting spirits was to have the artistic freedom to innovate, to come up with new and exciting flavours.”

Inspired by Medoff’s Russian heritage, House Spirits first product was a 100-per-cent distilled-from-rye vodka. However, the local vodka market was crowded, even in 2005. House Spirits needed to diversify. Though whiskey was always part of the plans for the new distillery, practicality suggested the need for an unaged spirit that could be brought to market quickly. Medoff painted an evocative picture of the gin he wanted to make to the local papers. “Most gins on the market are English style… but House Spirits will make a Dutch-style product.” To Medoff, Dutch-style meant a bold gin with lots of flavour and aroma.

The still-nascent gin, tentatively called Aviation, was initially described as using local ingredients like liquorice fern and local grapes, owing to Oregon’s long heritage as a major wine-producing region. The name was a reference to the Aviation cocktail, which in 2005 was an underground ‘bartender handshake’. “The act of ordering one was a signifier that a person was part of the bar world’s in-crowd,” Robert Simonson told Punch Magazine. From the outset, Aviation Gin was designed to speak directly to bartenders and others in the know.

While designing the gin, Medoff and Krogstad added one more palate. Ryan Magarian, who was already well known for his cocktail work at Seattle’s Liquid Kitchen, joined the team. The partnership of distiller and bartender – something not all that unusual today – was then described as being among the first of its kind.

“We were experimenting with lots of different botanicals – no legal herb or spice was off-limits,” Krogstad said regarding these early trials. The product that Medoff first described to the Corvallis Gazette-Times in the summer of 2005 would undergo 30 rounds of collaborative trials. By the time it launched, Aviation Gin would look quite different.

Aviation Gin launched in Oregon in 2006. It boasted a more provincial botanical bill: French Lavender, both bitter and sweet orange peel, cardamom, coriander and two somewhat unusual ones, sarsaparilla and anise seed. Aviation Gin is one of very few gins to feature anise seeds instead of star anise. Often when we hear the word anise, we think of star anise, the fruit of an evergreen tree native to Southeast Asia. When it was first introduced to Europe in the late 16th century, it caught on as a popular flavouring for baked goods and liqueurs – primarily because Europeans already had a taste for the flavour of anise.

The true anise plant is a member of the same family as carrots and its seeds had been widely used across many European food cultures. Star anise has more anethole (anise) flavour in its fruits and is far cheaper to produce, hence its popularity in spirits. Meanwhile, even today, sarsaparilla is rare in gin. Also known as smilax ornata, it is native to the Americas and was part of the medical traditions of many American First Peoples. Often this botanical reminds people of the soda of the same name, but the soda flavour generally comes from sassafras and birch, while having none of its namesake tropical vine in it.

The gin world that Aviation launched into was quite different from today. People outside the industry weren’t talking about base spirits and botanicals. There was even some hostility towards innovation from the industry in the category. Jim Meehan, of New York City’s PDT, bemoaned Bombay Sapphire’s effect on people’s drinking habits. He told Cheers Magazine, “It converted vodka drinkers to Bombay Sapphire drinkers, not gin drinkers.”

Magarian noted the need for education. He told Drinks International in 2010, “The only way to gain traction in the gin market is to launch with a polished and comprehensive ability to educate the consumer about not only their product, but the category itself.”

It was around this time that Magarian penned his essay New Western Style Gin Defined, one of the most important pieces of gin education ever written. In it he stated, “…distillers realised a greater opportunity for artistic ‘flavour’ freedom in this great spirit […] these gins are most certainly defined not by the juniper itself, but by the careful inclusion and balance of the supporting flavours, creating, what I believe to be an entirely new “character” designation of dry gin deserving of individual recognition.”

“I wasn’t thinking particularly about what to call the style,” Krogstad said, noting that this was more Magarian’s expertise, “but I was giving a lot of thought to creating something new and making my mark on the gin category.”

Though much of the gin community has moved away from specious regional designations like “New Western” or “New American”, the concept Magarian put forward – that juniper-forward gins that highlight other botanicals are worthy of a different term – has persisted to the present day. As Christian noted, it wasn’t as if they set out to create a new category, but Aviation Gin’s success has put it – and kept it – at the forefront of the debates around what is today classified as contemporary style gin.

Aviation Gin continued its rise to prominence as a critical darling. Wine Enthusiast heaped praise on it in 2012, awarding it 97 points, then a record for gin. The World Gin Awards and the Beverage Tasting Institute have also awarded it gold in their competitions. This caught the attention of the international spirits community and the brand was acquired by Davos Brands, a luxury spirits importer and marketing group out of New York. In 2016, Aviation Gin was the top-selling craft gin in the United States, moving more than 15,000 cases annually.

Perhaps the biggest moment for Aviation was in February 2018 when actor and Deadpool star Ryan Reynolds acquired a significant share of the brand. Stateside, his celebrity helped Aviation Gin achieve greater awareness and market share. In 2020, Aviation Gin told The Spirits Business that the brand was responsible for more than 30 per cent of gin’s growth in the United States.

Undeterred by the long-predicted “peak gin” perhaps finally coming to fruition in the UK and Europe, Aviation Gin continues to prevail. The brand is aggressively courting the United Kingdom with a multimillion-pound investment in the market

Although the brand story now is tied to Reynolds’ celebrity and it is available in more than 40 countries, it hasn’t completely forgotten its craft origins. Aviation Gin is still made in small batches, it’s still made at the House Spirits Distillery in Portland, Oregon, and it’s still ruffling feathers and winning new fans.

0 comments on “Up, up and away: the long flight of aviation gin”