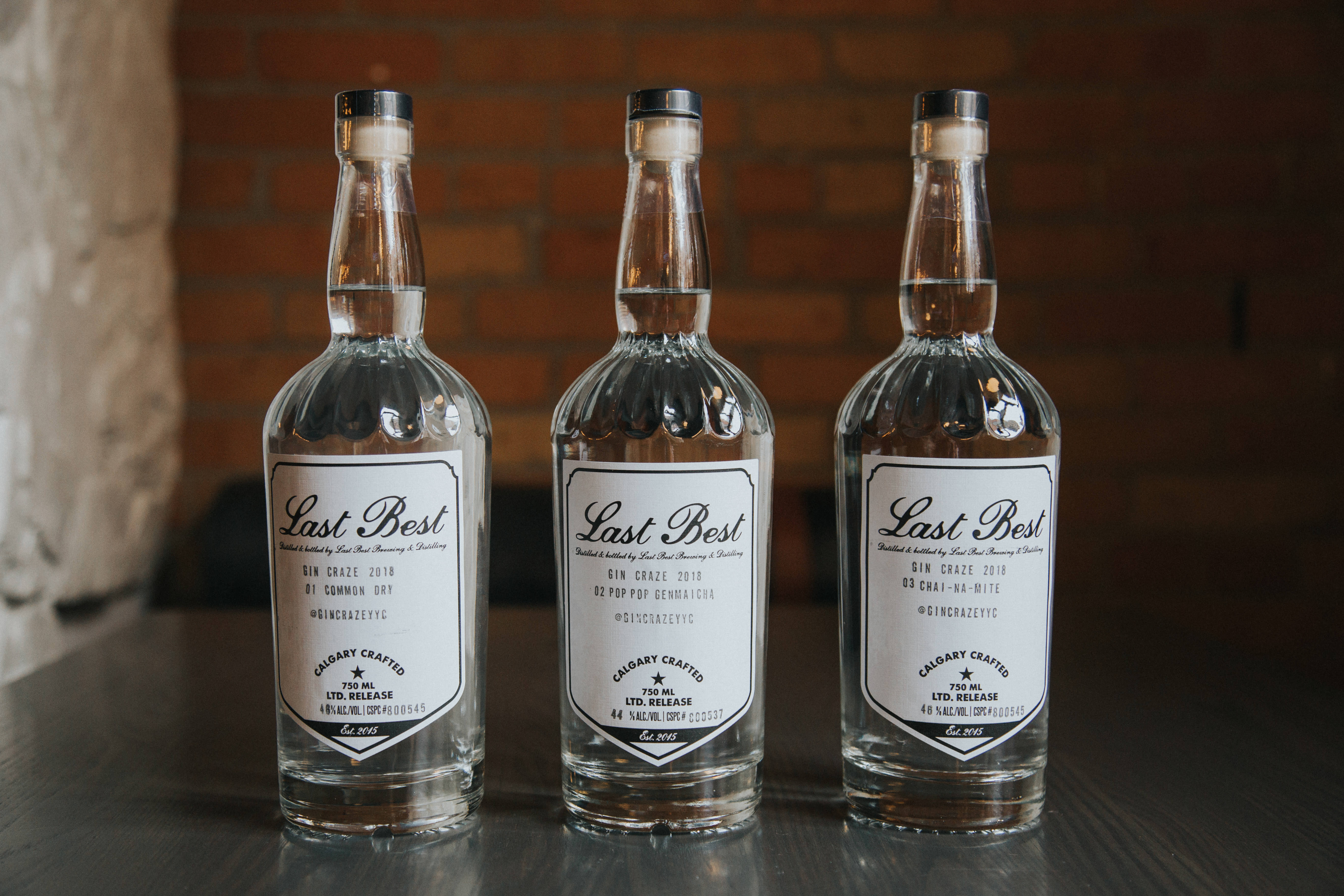 The Canadian gin producers pushing to establish provenance in their province

Calgary, Alberta is the gateway to the Rocky Mountains. More than that, it’s the birthplace of the Caesar cocktail. That gustatory genesis happened in 1969 when Walter Chell, restaurant manager at the Calgary Inn, mixed clam-infused tomato juice, vodka, spices and Worcestershire sauce, then poured the concoction into a celery salt-rimmed glass, turning the Italian clam dish spaghetti alla vongole into a cocktail. It’s a Canadian classic, though Canadians in the know are prone to ditch vodka for gin. And those really in the know skip the cocktail altogether for straight gin. Calgary distiller Bryce Parsons might have something to do with that. His home distillery bears at least part of the responsibility for Alberta’s gin stampede.

At his Last Best Brewing & Distilling headquarters, gin fanatic Parsons did something never attempted, anywhere. He did not jump the distillery on a motorcycle. Nor did he try to beat the world record for most colossal Negroni (currently 504 litres). Nevertheless, he caught the attention of Guinness World Records. In 2018, Parsons distilled 52 different gins – a testament to gin’s diversity and potentially a new world record.

Before his gin epiphany, Parsons earned a living as a cardiac nurse while moonlighting at a local cocktail bar. The owner encouraged him to bring in spirits and experiment with cocktails, and Parsons soon discovered how creative he could be with gin. Saving until he had a large enough nest egg, he moved to Edinburgh to study on Heriot-Watt University’s brewing and distilling programme. Along with his mentor, distilling lab instructor Abhishek Banik, he explored Edinburgh’s cocktail culture, debating the fine points of spirits endlessly. Meanwhile, back at school, Parsons was mapping gin flavours for his thesis. “I could see that gin was changing because you could be creative with it,” he says. “Look where IPAs (India pale ales) were 15 years ago. They have changed and it’s still evolving as a category. Now it’s gin’s turn.”

In 2013, as Parsons was studying gin, David Farran and Larry Kerwin were about to pioneer Alberta microdistilling. Having successfully lobbied the Alberta government to redline a law requiring distilleries to produce a minimum of one million litres of spirit per year, they opened Eau Claire distillery. Meanwhile, Last Best owners Socrates Korogonas, Brett Ireland and Alex Derksen readied their own stills, and Parsons, home from Scotland, took up the helm.

Although the distillery focused on whisky, Parsons began developing various gin recipes. “Gin was becoming quite popular and I thought, the only way to stand out is if I do a bunch of them,” he recalls. “That involved going back to my thesis. The way we run our gin programme, it’s essentially a large research and development project. People kept asking for more, so I asked, what about one per week? It started as a showcase of how creative you can get in the gin category and served as an educational tool to train staff.”

Alberta has a rich heritage growing grain. To contemporise the gin, Parsons deliberately leaves some grain character in the distilled base spirit. “I think an Alberta-style gin definitely has to have its own grain base. We have the blessing of growing grain really well, and it’s high quality,” enthuses Parsons. Working with Calgary’s Canada Malting Company, he sources local grains for the gin’s base spirit. He brews, ferments and distils a blended mash of malted barley, malted wheat and malted oats on-site.

Parsons dubbed his gin-a-week project Gin Craze and began following themes. For one, which explored links between brewing and distilling, he collaborated with Washington’s Yakima Chief Hops to express the personality of its hops in some of the gins. Others, explicitly designed for Caesars, incorporated oyster shells from Rodney’s Oyster House with a range of botanicals. Kensington Wine Market’s Andrew Ferguson helped create a gin called L’eau de bain, a play on bathtub gin refined into what he calls “spa gin”. Other collaborators included bartenders and chefs; one of Canada’s top mixologists, Madeleine MacDonald, helped create an exotic floral gin she named Elizabeth’s Vanity.

Day after day the show must go on, and three months in, Parsons began thinking about exploring Alberta’s gin identity. “If we were going to use botanicals grown in Alberta, we had to get them into the ground as soon as spring started.” Soon the gins included Alberta-grown tangerine sage, bee balm, summer savoury, borage, citrus Southwood, banana mint and plenty more.

Saving the best for last, Parsons pulled out all the stops to create Gin #52, which he proudly describes as a totally Alberta gin. Around 90 minutes from Calgary, the town of Sylvan Lake put Alberta cheese on the map with farm-made gouda from Sylvan Star Cheese. Sylvan Lake is also home to Shafar Botanicals, where Parsons’ sister Shannon grows more than 100 of them, experimenting to see what grows well in Alberta. Shannon succeeded with Alberta coriander, hawthorn berry, angelica and orris, with floral chamomile, violet and marigold, and with anise hyssop, winter savoury, yarrow and moss. Citrus doesn’t grow in Alberta, but the wild lemongrass which does adds citrus accents paired with coriander’s pointed spicy citrus notes. Finally, elderberry and wild strawberries bring fruity tones to the gin.

A year after Parsons completed his 52-week project, it’s become evident that Calgary, Alberta is also a gateway to gin flavour with more than world record status. Alberta’s breadbasket grain character resonates clearly in many of Parson’s 52 gins and in a new release he calls Afterglow. And he is not alone – the RAW Distillery in Canmore, Alberta has also embraced local grain for its gins. Alberta botanicals have proved their worth, too. Wildlife Distillery infuses 100 per cent wild-foraged botanicals into its Alberta Botanical Gin. In Edmonton, Strathcona Spirits Distillery distils its Badland Seaberry Gin with wild juniper from the banks of the Red Deer River’s Badlands and native sea buckthorn, a sour and bitter berry that imparts a distinctive twang.

Alberta may not own the world record for tallest mountain, but here, at the base of the Rockies, Parsons and a province of passionate distillers are blazing a world-class trail for Alberta gin.

Last Best Brewing & Distilling features prominently in Davin and Blair’s The Definitive Guide to Canadian Distilleries, to be published March 2020.

0 comments on “Reaching for new heights”