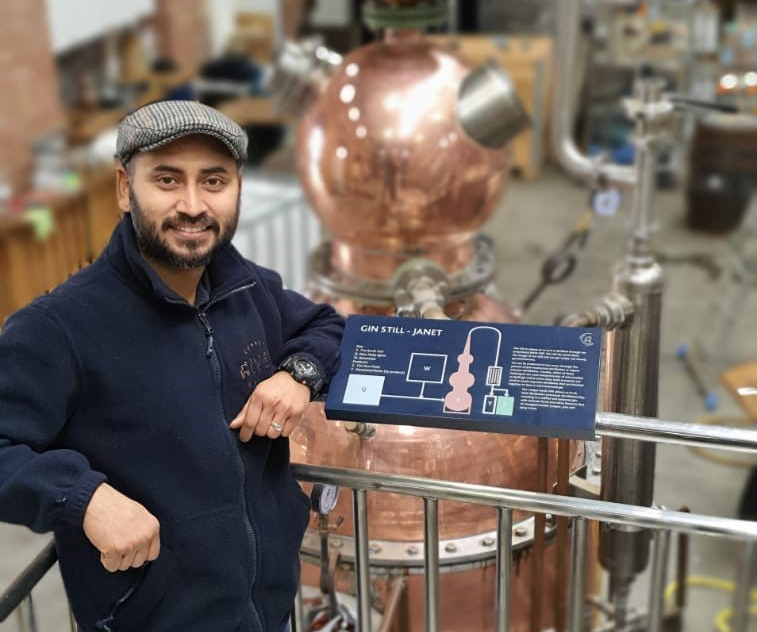 The Copper Rivet Distillery in Kent has written its name into the gin making history books after securing a patent for its house-designed still.

The Intellectual Property Office has given a patent to the Dockyard Gin maker’s Banik Still, which was invented by and named after its head distiller, Abhi Banik.

The still is designed to address limitations in the traditional maceration distillation and vapour infusion techniques, which have remained virtually unchanged for hundreds of years.

It has a vapour infusion basket and a maceration chamber, which allows distillers to use the type of infusion best suited to each botanical, while maceration distillation is performed at a lower temperature. It gives distillers more control over the extraction of flavours, which enables greater consistency, and has also been found to achieve higher flavour extraction efficiency, resulting in reduced botanical use.

Abhi Banik said: “It was when I was studying distilling nearly 10 years ago that I began to wonder why no one had tried to change or improve distillation processes for hundreds of years. It took my seven years to design the still – a concept all in theory and CAD drawings and with no experimental proof that it would work. When the Russell family and I were designing a still for Dockyard Gin, I showed the team my concept and they believed in it enough to give it a try.”

The Copper Rivet Distillery is one of the UK’s few grain-to-glass distilleries. It recently announced record visitor numbers to its distillery on the River Medway, where it is planning further renovations in the coming year.