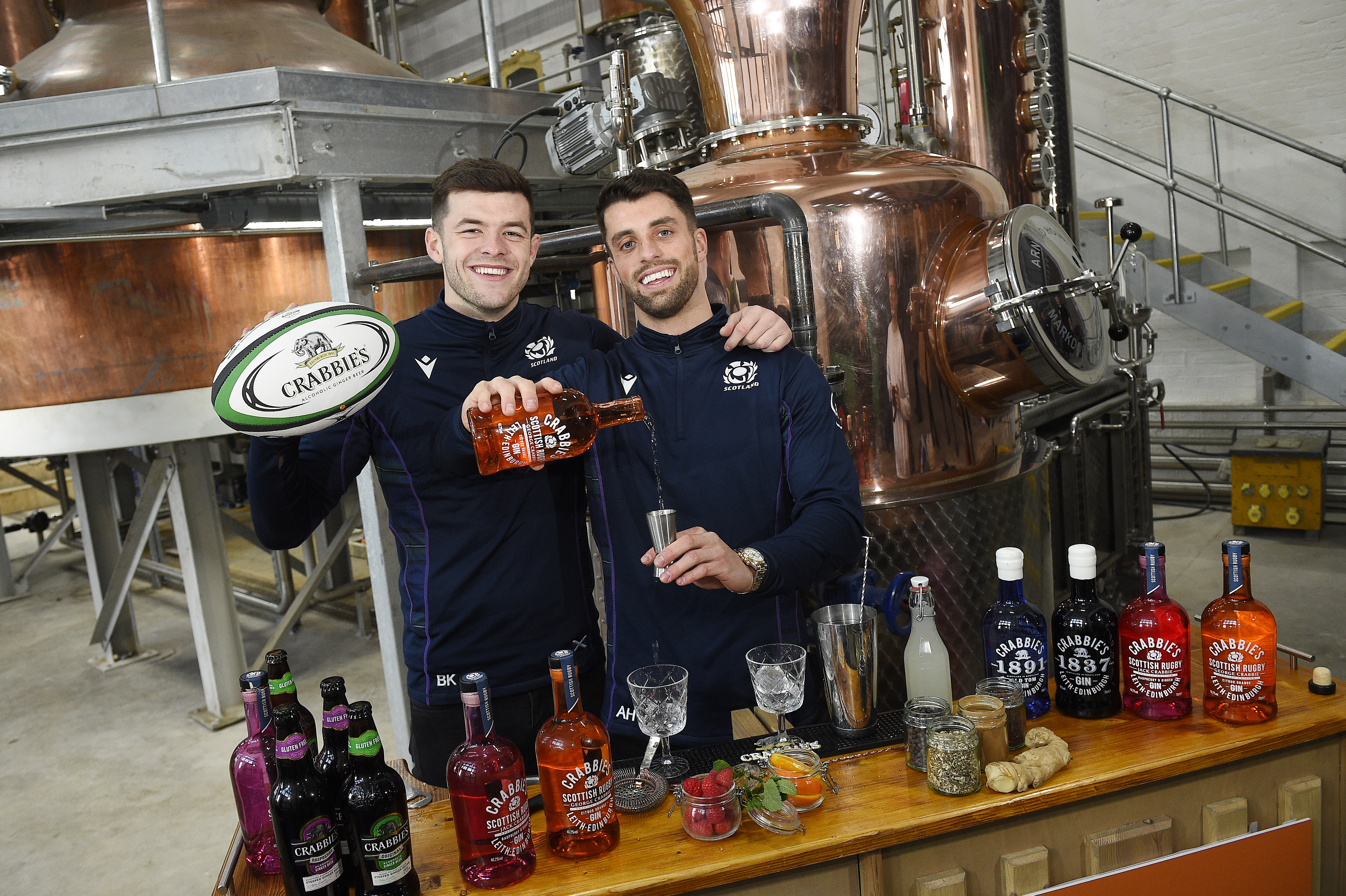 The new spirits are named after founder John Crabbie’s grandsons Jack and George, who both played rugby for Scotland in the early 1900s – with the former even scoring a winning try in the 1904 Calcutta Cup in Edinburgh.

The Leith-based distillery, owned by Halewood Wines and Spirits, signed a three-year renewal sponsorship with Scottish Rugby and Edinburgh Rugby last summer in a bid to highlight its historical links to the sport and the city.

David Brown, Crabbie’s managing director, said: “It’s an absolute pleasure and delight to be involved with Scottish Rugby in this exciting new venture. It’s a sport that brings people together and we believe our new Jack and George Crabbie Scottish Rugby gins will connect fans in the same way.”

Toni Blackhurst, head of group marketing and sponsorship for Scottish Rugby, added: “It’s fantastic to see the heritage of the two brands coming together. I am certain the new gins will be a real hit with our fans.”

The special edition Scottish Rugby gins are based on Crabbie’s 1837 Gin, discovered in John Crabbie’s authentic recipe book. The Jack Crabbie Gin is a vibrant and fruity pink gin made with raspberry and ginger, while the George Crabbie Gin is a citrus-forward London dry gin which balances the citrus of orange and lemon peel with herbal notes from bay and rosemary.

Crabbie’s Jack and George gins are available to purchase in 70cl bottles (RRP £25) at www.scottishrugbygin.com.