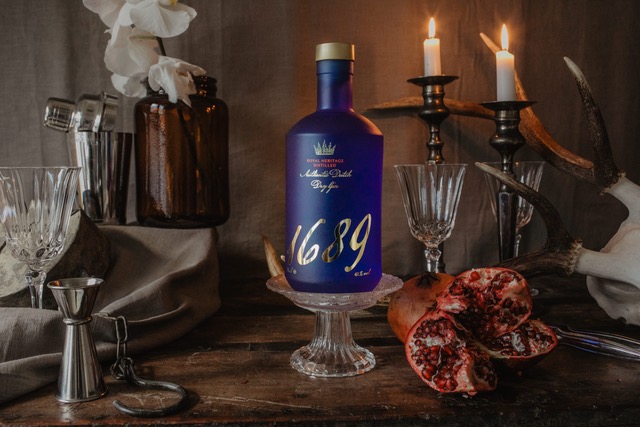 Gin 1689, a new gin brand from the Netherlands is coming to the UK with a liquid that is based on an original 300-year-old recipe.

The founders of the Amsterdam-based craft gin company, Alexander Janssens and Patrick van der Peet spent two years searching the British Library archives for the recipe during their time in London.

Although the recipe lists the original ingredients, the exact quantities were concealed by a code created by the Company of Distillers of London, which proved to be unbreakable. The duo acquired the exclusive rights to the recipe and tasked the master distiller at Herman Jansen in the Netherlands, a family distillery dating back to 1777, to recreate the gin recipe for them with the same botanicals as the 1689 recipe.

The gin is a classic juniper style spirit, with botanicals including dried quince and pippin (apple), lemon and orange peel, nutmeg, aniseed and clove.

Janssens says: “We are really excited to introduce Gin 1689 to the discerning gin market in the UK. It is the rebirth of an ancient premium gin recipe dating back from the time that the gin craze started in the UK. With our distinctive packaging and great tasting liquid, we’re confident that we can make a mark here. I was thrilled to discover the recipe whilst working in London and spending time in the British Library, as we knew William of Orange brought his Jenever recipe over to England when he became King; the beginning of gin’s popularity.”