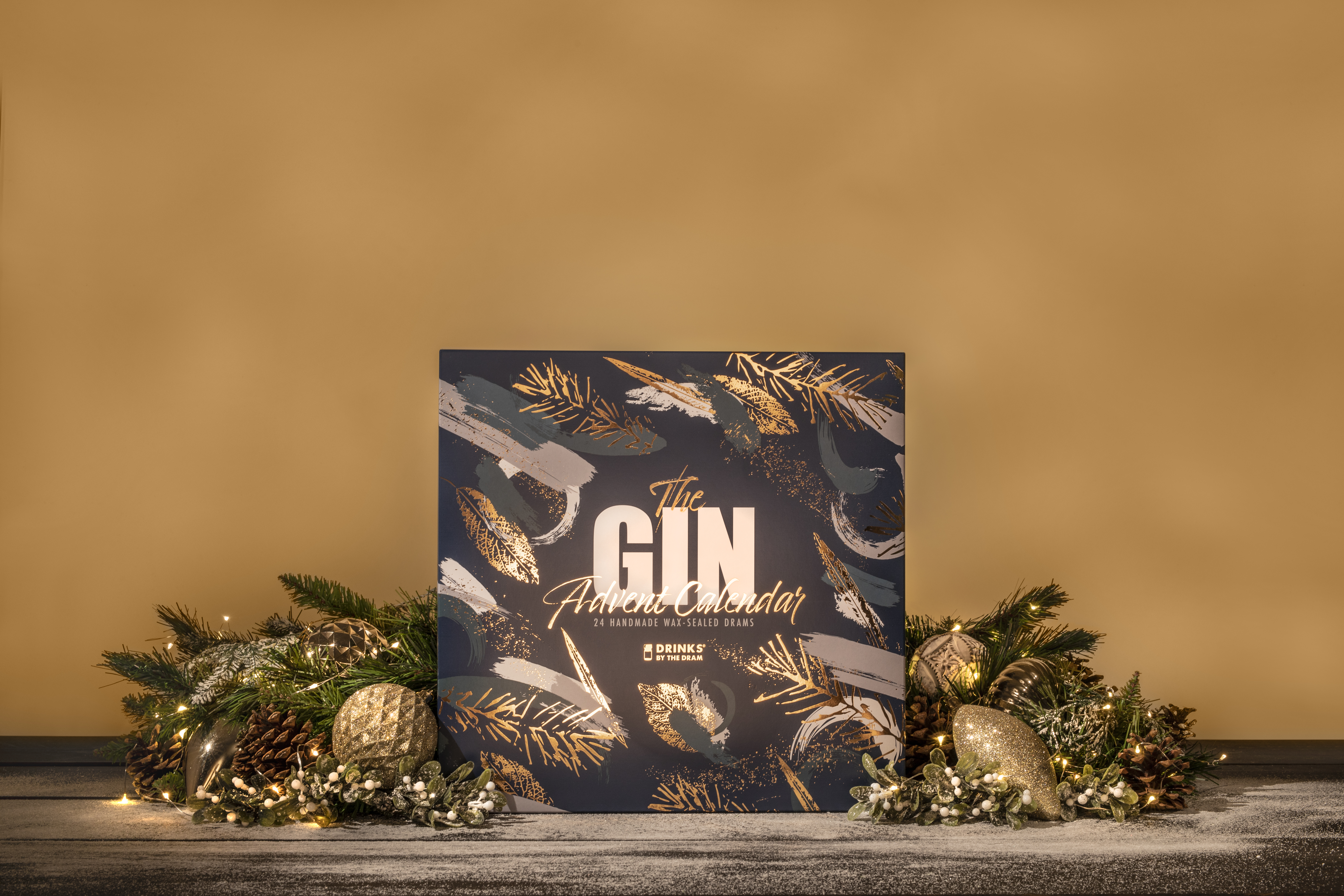 Our round-up of the best gin gifts out there

It’s almost a certainty these days that there will be somebody in your life who enjoys gin – if you can’t pinpoint which person it is in your friendship circle, it’s you. As we roll towards gifting season and the C-word, there’s much to choose from when looking for gin-presents. We take a look inside the distiller’s sack and pick out some of the best gifts – of course there’s more out there too, and we’ll keep you updated as those become available.

Truly, whoever came up with the idea of booze-filled advent calendars must be feeling very smug. It’s a simple enough concept but it seems to be the trend amid the gin-trend.

Drinks by the Dram and That Boutique-y Gin Company (TBGC) have released their 2019 iterations and both promise good variety behind each door.

TBGC’s calendar is £49.95 and you get 72cl of gin in total. It’s a fairly punchy serving of gin each day for a month if that’s how you choose to consume it, but those who have enjoyed TBGC’s advent calendars before will be pleased that there’s new expressions among some fan-favourites from the past. For this observer, I would say that as the producer’s range of gins has got stronger, the quality of the calendar has followed suit. Last year TGBC supplemented its advent calendar with social media cocktail posts, presented by its brand ambassadors and various members of the ‘gin-community.’

The Drinks by the Dram calendar is £124.95 and features expressions from around the globe, including some that will have only just become available to gin lovers in the UK. There is also the Gin Explorer’s Calendar at £99.95 that is described by Drinks by the Dram as a good place to start your gin journey. Featuring gins from world-renowned producers to emerging names, I’m inclined to agree. Both the Drinks by the Dram and TBGC calendars are available from www.masterofmalt.com

Gin Foundry has reduced the number of calendars available this year, but doubled up the quality behind each door. That sounds like a fair trade. Expect a variety of styles covered, alongside ‘Best in show’ winners from major competitions and a cross-section of names. To accompany the release, there’s an abundance of information on each producer. The Gin Foundry Ginvent is £124.99 from www.ginkiosk.com

For groups who might not all enjoy gin, Southwold’s Adnams Distillery has released its 12 Days of Christmas box. Along with the producer’s range of beers and cider, you’ll open up canned versions of its Pink and Copper House G&Ts, along with some wines and a small bottle of its Copper House Gin. For the creatives among us, there’s something there waiting to mixed up into an excellent cocktail. The box is £59.99.

Edinburgh Gin has launched its own calendar too, available through John Lewis stores in the UK. Featuring 25 doors with a 5cl bottle of either a liqueur or gin behind them, on the 25 December there’s a chance to win a range of gin prizes. The RRP is £120.

Red Door Gin has launched the first in a range of seasonal gins, on this occasion with Winter botanicals. Produced at Benromach Distillery, the gin is said to have a Christmas cake flavour to it.

Christmas cake remains the flavour of choice, with Warner’s launching just that… a Christmas Cake Gin. Last year’s release was gone as quickly as Christmas Day itself, so if you want a bottle, move fast.

Tarquin’s, based at Southwestern Distillery in Cornwall has come up with a Figgy Pudding (42% ABV) offering for the festive period. Contained in a distinctive hand-waxed bottle with a Christmas-twist, Tarquin’s has taken its Cornish Dry Gin as its base and added dried figs, clementine zest, Christmas spice botanicals and brandy soaked wood chips. Post-distillation, Tarquin’s added a little Pedro Ximénez sherry to the distilled gin to add complexity of flavour and give the gin a warming golden colour.

Martin Miller’s Gin has partnered with founder of the World at Night program, Babak Tafreshi, to produce a Northern Lights-inspired limited-edition gift box. Featuring an image of the Aurora Borealis dancing above the iconic Kirkjufell mountain, along with a 70cl bottle of Martin Miller’s Gin, the gift box is available from Waitrose, Morrisons and Sainsbury’s stores in the UK with an RRP of £28.

Scotland’s Isle of Harris Distillery has also put together a gift-set, this time for the discerning Martini-lover in your life. The specially created set comes with two hand-crafted Martini glasses and a bottle of Sugar Kelp Aromatic Water. Presented within a bespoke presentation box and with accompanying ‘suggested serves’, naturally there’s some Isle of Harris Gin held in its stunning and already iconic, bottle inside too. The Harris Martini + Gift Set is £92.

Sipsmith’s first book, SIP: 100 Gin Cocktails with only 3 Ingredients could be your new drinking bible. As the name suggests it’s packed with simple to make cocktails using the brand’s signature London Dry, plus two other ingredients. According to Jared Brown, master distiller at Sipsmith and the chap behind the book it, “Celebrates the beauty of simplicity, and the fact that neither cocktails nor gin need to be overcomplicated”. The book is available from the distillery shop, Amazon and booksellers around the UK, perfect for whipping up something a little different with minimum fuss.

When hanging decorations on the Christmas tree, for years people had to survive without booze-filled ornaments. Thankfully, Drinks by the Dram has released its Christmas Gin-filled Baubles and Crackers so we don’t have to suffer like the generations before us. The baubles contain a wax-sealed 3cl dram filled with gin. They can be bought individually for £4.75, or a pack of six is £39.95. For the crackers, along with the dram you get a joke and paper hat, so they are a snip at £4.45 for a cracker or six for £34.95. Both sets are available from www.masterofmalt.com

Scotland’s Pickering’s Gin has released the 2019 iteration of its Festively Flavoured Gin Baubles, with this year’s creation being Brussels Sprout Gin. Other flavours include: Cranberry, Figgy Pudding, Spiced Pear and Plum & Ginger. These fly off the shelves but are available through Pickering’s website, or John Lewis stores in the UK, and Amazon.

0 comments on “The gift of good gin”