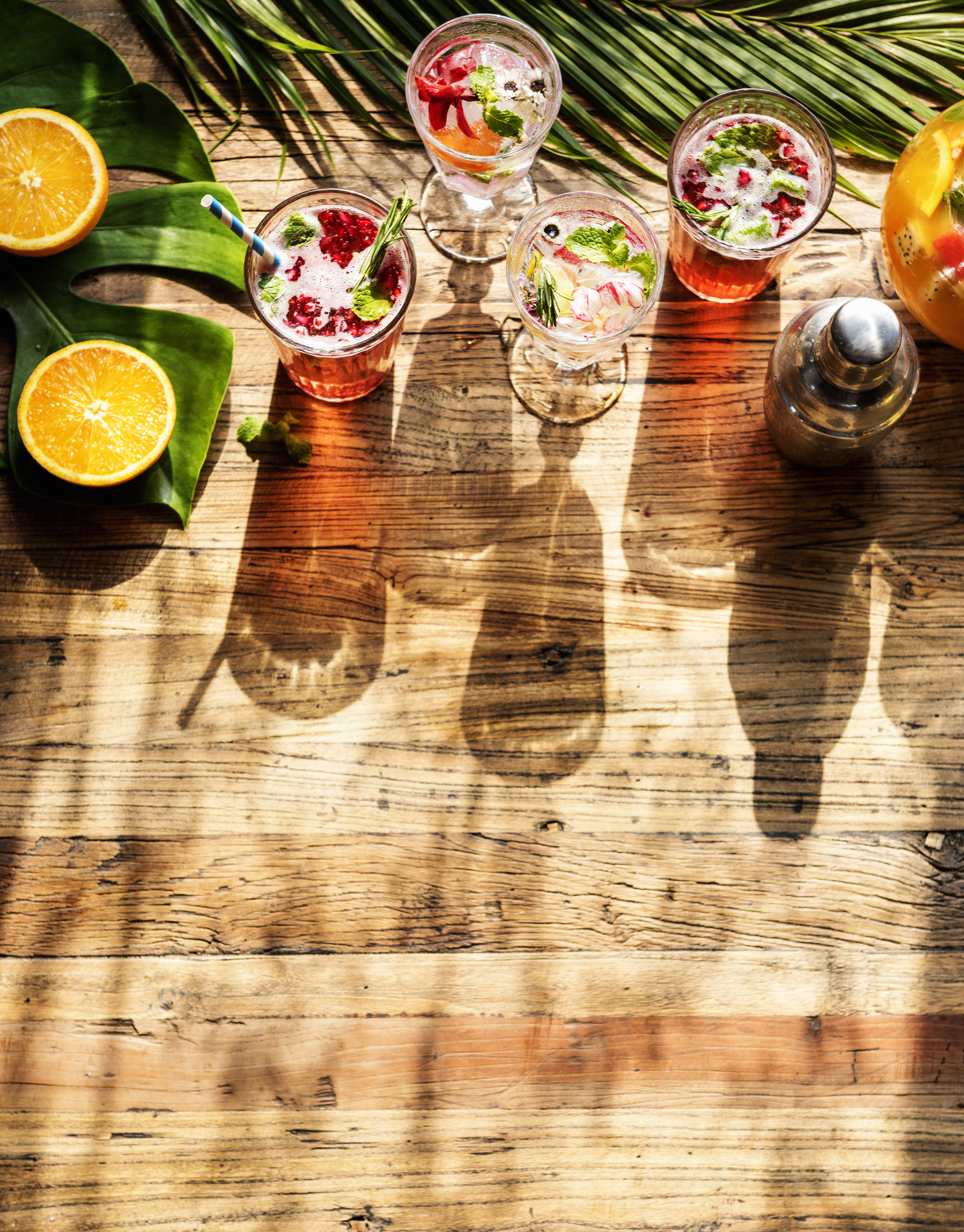 Grab a pitcher and whip up these crowd-pleasers

Summer, as long as the weather holds out, is a time for picnics and barbecues; a time when many of us are looking for cooling drinks to share with friends. Many people’s go-to for a refreshing and social drink is a shared jug of fruit cup, of which the most famous and long-established brand is Pimm’s.

Fruit cups are most popular in the UK, followed by Australia and New Zealand, although it’s worth noting that the drink also has an unexpected foothold in the city of New Orleans, where it has been a signature drink at the Napoleon House since the 1940s.

What is a fruit cup?

A fruit or summer cup is essentially a bottled punch that is served by lengthening it with a mixer – typically sparkling lemonade or ginger ale – and garnishing it with various fruits, peels, and leaves. A fruit cup can be made using any alcohol as its base, but the most commonly used spirit is gin. This is often mixed with vermouth or other fortified wines and liqueurs such as ginger wine or orange curacao to add sweetness. Producers may also undertake additional distillations or macerations of botanicals to increase the complexity of the cup’s flavour profile.

The most common variety of fruit cup is Pimm’s No.1, which has been instrumental in popularising the drink. It was originally described as “The Original Gin Sling”, although the word “gin” no longer appears on the current Pimm’s label. Early bottles of Pimm’s called for a garnish of lemon and borage leaves or cucumber. Borage is an annual herb that is also known as the starflower due to its distinctive purple, star-shaped flowers. The leaves have a succulent flavour similar to cucumber and the flowers make a delightfully decorative garnish. Nowadays, it is common to see a whole host of fruits included in a jug or glass of fruit cup, including: orange, lime, mint, grapefruit, and even strawberries, but there is something to be said for the simplicity of the original garnish and it’s just as tasty.

Today, there is a wide range of products beyond Pimm’s on the market, many of which are coming from the newer, smaller distilleries. They include those based in the UK, Ireland, USA, and Australia; here, we take a closer look at some choice examples.

This product is a mixture of spirits and vermouth, with the addition of botanical distillates of strawberry, cucumber, orange, and mint.

It is a flavoursome fruit cup with a great combination of succulent fruitiness and earthy, herbal bitterness. The sweetness is balanced and the flavour profile is probably the closest to the fruit cups of old. For me, it’s a top choice for a Fruit Cup Royale – that is, a drink consisting of fruit cup added to a champagne flute and topped up with sparkling wine. A twist of orange peel really sets the drink off.

Made by the Cotswolds Distillery, this cup is made using three of their products: Cotswolds Dry Gin, their in-house vermouth, and Spirited Sherry. It is a bold and robust fruit cup with a brilliant balance of sweetness and bitterness that is reminiscent of an Amaro. It mixes particularly well with both lemonade and ginger ale, but is also a tasty cocktail ingredient in its own right: try adding a splash to a Gin & Tonic, or mixing 5ml with 35ml of gin for a Cotswolds take on the Pink Gin.

Originally released over a decade ago, for a long time this much sought-after fruit cup was only available at the Plymouth Gin Distillery. Made with a mix of spirits, vermouth and liqueurs, the result is an intense and complex fruit cup that is full of rich fruity notes, dry herbaceousness, and a gentle hint of sweet spice. Deliciously moreish, it has the sheer power of flavour required to make it perfect for producing pitchers of fruit cup and lemonade or ginger ale; a convenient, but flavourful serve on warm, sunny evenings with friends.

Whilst originally launched in 2011 as a “summer cup,” the current version from Sipsmith uses their London Dry Gin as a base that is blended with Earl Grey tea, lemon verbena, and borage. The cup has a fragrant elegance to it and the inclusion of the tea neatly balances out its sweetness. It makes an excellent choice for the traditional fruit cup serve with sparkling lemonade.

This fruit cup is made by Curio Spirits in Mullion, Cornwall. It is made using Curio Dry Gin as a base, along with homegrown lemon verbena and Cornish honey, as well as chai spices and tea from Assam. Those who prefer still drinks might try lengthening this cup with freshly-made ice tea.

This cup hails from the Woodlab Distillery in Ireland and has a particular focus on summer fruits and berries. Packed full of plump berry notes, this is a creamy and jammy fruit cup. It’s a good all-rounder, but I was particularly impressed by how well it mixed with cola: its dryer raspberry notes are a great complement to the herbal sweetness of the cola.

Caspyn Summer Cup, from Pocketful of Stones Distillery, is produced by combining Caspyn Dry Gin with port wine, raspberry juice, and other botanicals. The addition of port wine is a nice touch and a respectful nod back to the port-based fruit cups of old. The port also adds complexity and body to the fruit cup. Caspyn is not as sticky as some other fruit cups and is delightful when matched with tonic, resulting is a tasty, rose-hued libation.

This cup starts out as a botanical distillate of Taylor’s of Harrogate’s Yorkshire Gold Tea, which is then blended with freshly-brewed Yorkshire Gold Tea and sugar. With the lowest ABV (alcohol by volume, or alcoholic strength) of the fruit cups tried here, this is a first-rate choice for afternoon tea, perhaps served alongside finger sandwiches and a slice of Battenburg.

In addition to the above, a few others deserve a mention:

• Green Hat Gin of Washington D.C. make the only Summer Cup that I know of in
the US; released annually, it is a limited-edition bottling.

• Never Never Fancy Fruit Cup is from South Australia, made in a collaboration between Never Never Distilling Co. and Marionette Liqueurs. It uses gin as a base, to which is added Marionette’s aged orange Curacao; Earl Grey tea completes the recipe.

• Finally, as this article went to press, Hayman’s Distillery have announced the release of their “Garden Cup”. Made in collaboration with the website, Gin Foundry, it breaks from the norm by using white vermouth instead of red vermouth in its recipe. The result is a lighter, fragrant and fruity drink.

It is exceptionally encouraging to see such a great variety of fruit cups on the market – a considerable increase on the one or two that were available 10 years ago. As is evident, different fruit cups will suit different occasions and tastes, but it is fair to say there’s plenty to explore.