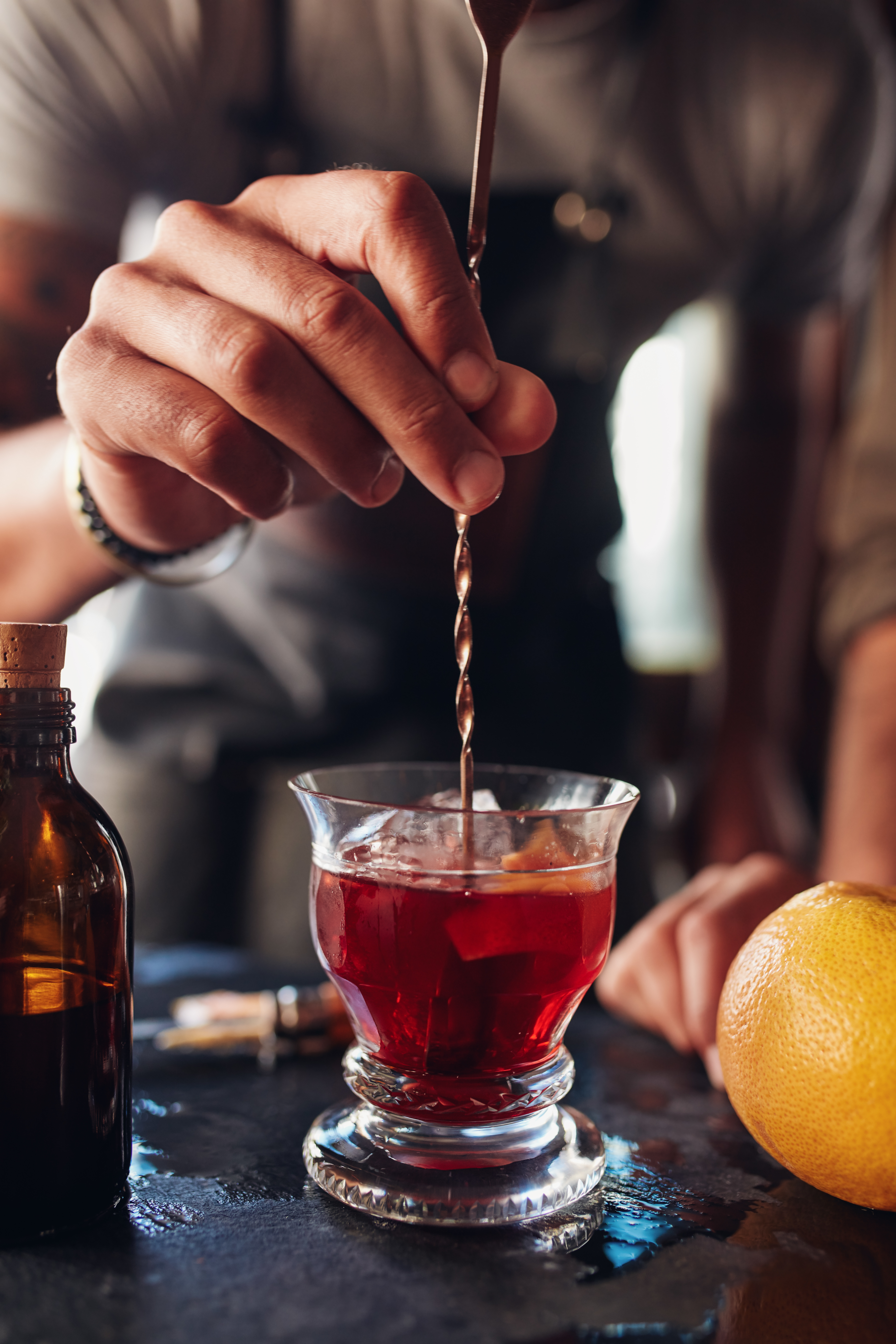 How just a drop can upgrade your G&T

Everybody likes an underdog – there’s something satisfying about a seemingly lesser being punching well above its weight. On the cocktail scene, there are a few contenders for the crown of greatest underdog, but for my money right now, bitters might just edge it.

Their flexibility affords you the chance to make either complex cocktails or simple drinks. Both can be elevated by reaching for a bottle and adding just a drop – or a few – of something. Or perhaps that should be a dash…

Bitters are a game-changer, and for gin drinkers they’re an acquaintance that’s worth getting to know and bringing home to meet your parents, because they can do wonders to your drink. Sure, the name bitters doesn’t sound like something you really want to put in your mouth, but it’s all about the bigger picture.

knowledge. The grapevine will tell you that there are over 40 raw ingredients. What is known is that production starts in a secret room called The Sanctuary, just outside of Port of Spain. A high-ABV distillate is the base of the bitters, which along with the ingredients are combined with brown sugar and colouring, before dilution to 44.7% ABV.

Angostura Bitters are pretty easy to find in the UK, at supermarkets, drinks specialists and online at sites such as Master of Malt and The Whisky Exchange.

A modern-day trend with historical roots – is there any such thing as a truly new idea? Does it even matter when the old ones that are popular today taste this good? It was originally created for the Royal Navy.

Simply build over ice for the classic Pink Gin.

San Francisco has been a hub for great cocktails for some time and in 2007, Avery and Janet Glasser decided to create their own brand of bitters while living in the city. Today, they are based in Portland, Oregon.

Their range is quite something – but for adding to gin, co-founder Avery recommends either the Hopped Grapefruit, Orchard Street Celery Shrub or Winter Melon. For the Hopped Grapefruit, Bittermens uses grapefruit peel and Pacific Northwest hops (which, when used in high concentration, delivers further grapefruit flavour). They are 53% ABV and a dash added to either a gimlet or G&T goes down a treat.

The Orchard Street Celery Shrub intrigues me. Bittermens explain that it’s a nod back to colonial times when shrubs – or vinegar-based refreshers – were common and took inspiration from a ‘celery soda’ that declared its celery seed, but also had notes of ginger and apple too. Combining those ideas together, they took the idea of a brine, a shrub and classic soda.

Bittermens is available in the UK from Master of Malt.

Build over ice in a tall glass for a vibrant take on the gin and tonic.

Since 2006, German company The Bitter Truth has been a part of the resurgence in the cocktail-bitters scene. Founders Stephan Berg and Alexander Hauck had experience in producing handmade bitters for the bars they worked in and decided to take this a step further. The first products were an Orange Bitters and Old Time Aromatic Bitters.

What followed is an extensive range of bitters, with a criterion that was mainly provided by old cocktail recipes that would struggle to be made without the correct flavour of bitters.

The Orange Bitters has a wonderful marmalade nose, but also delivers spices such as clove, cinnamon and nutmeg. To make the bitters, The Bitter Truth uses orange peel, herbs and spices and macerate them in alcohol. The brand’s favourite use for the Orange Bitters with gin is in a Martinez or a Classic Martini, but I’ve taken liberties, grabbed a bottle of their Chocolate Bitters and tried the twist on a Negroni below.

Again, The Bitter Truth range is available from Master of Malt, Amazon, 31 Dover and helpfully comes in sets.

A smoky Negroni, the chocolate bitters add a rich depth.

In a glass, build over ice.

What on earth is a dash?

Let’s be honest, what even is a dash? If you’re challenged by measurements, a search suggests that a standard dash is 1/8 of a teaspoon, or about 10 drops from a dropper.

The exciting thing about the world of bitters is that they are often historically orientated, but still invite experimentation and new ideas. Just a few drops of one bitters or another can completely change the complexion of your drink – so if you’re looking to upgrade your regular tipple, there’s a simple solution just a drop away
and it’ll make you look like a pro-bartender in no time.

0 comments on “A drop in the ocean”