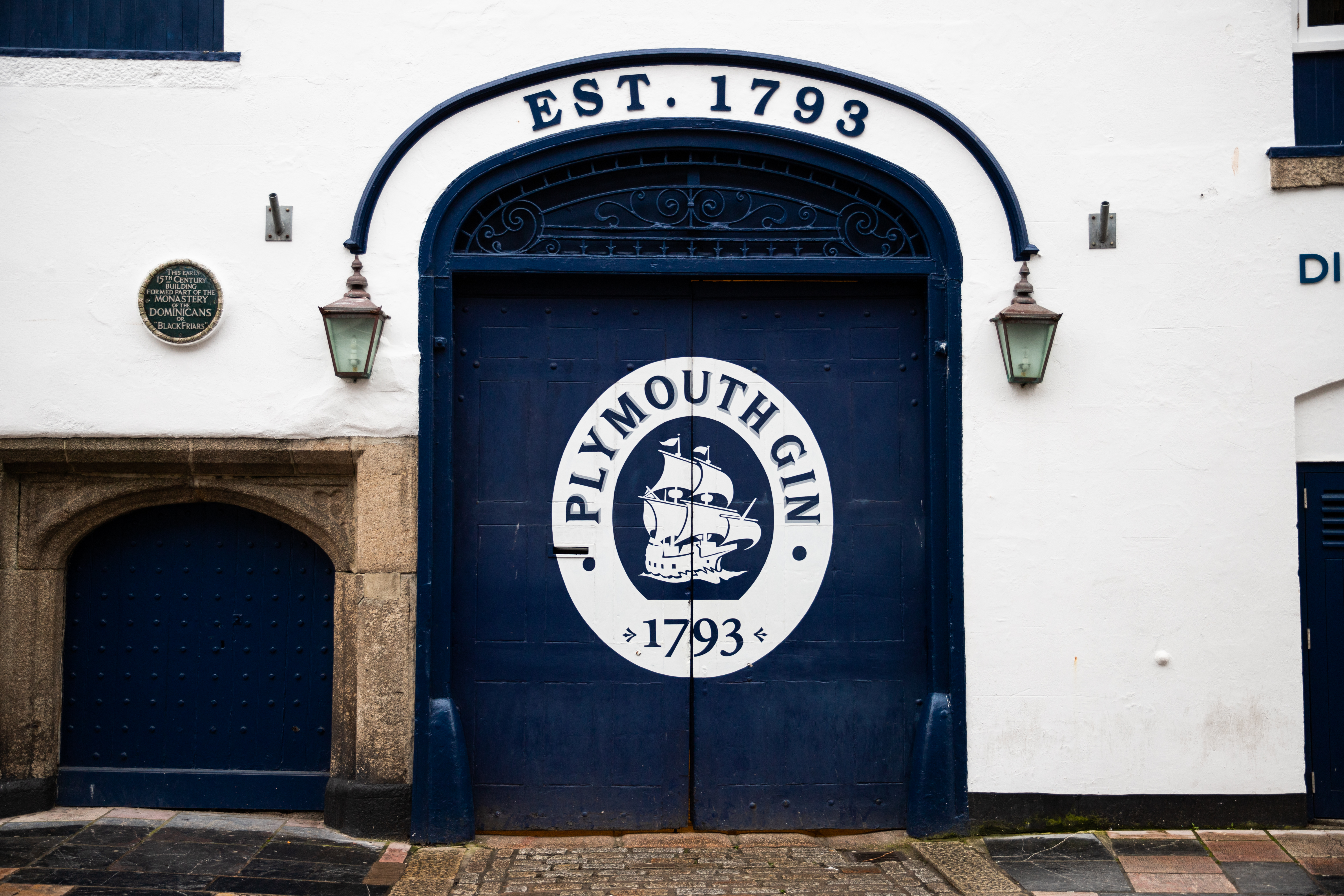 A trip to the Plymouth Gin Distillery uncovered a new part of its history, which is soon to become a prominent feature in its present

Plymouth Gin is more than just a product, from the people behind it, to the history within the walls of the Plymouth Gin Black Friars Distillery, the brand’s home since 1793. As the oldest working gin distillery in England, Plymouth Gin has become a huge tourist destination for the city, without losing its quirky charm and character.

Known for its ‘authentic spirit of discovery’, the team at Plymouth Gin are showing no signs of slowing down their authenticity and a recent trip to the distillery perfectly proved that point.

We started this trip with a journey from London Paddington down to Plymouth, in a fashion that I’m almost certain has ruined all normal train travel for me. A combination of writers, social media influencers and the Plymouth Gin team took over the dining car to enjoy a selection of iconic Plymouth Gin cocktails that perfectly complemented each course of the three-hour journey.

Upon arrival in Plymouth, we headed straight to the distillery for our first experience of the former monastery. Despite the floor-to-ceiling glass window which looks through to the copper stills of the distillery, we were initially distracted by the Refectory Bar. The bar was designed specifically to be reminiscent of the hull of a boat, befitting of such a famous port city.

The group had been brought together to experience an exciting project in the history of Plymouth Gin, which will be released at the end of May this year. The event held in Plymouth was the second half of a two-part excursion where we were able to play a small part in the process of distillation for a new gin they’ve been developing.

Sean Harrison, master distiller at Plymouth Gin explains the thinking behind this project, “It has been a privilege to work on this sort of project as generally it’s not the sort of thing you get to do very often, so it has been a lot of fun and we’re excited to reveal it.”

It wouldn’t be wrong to say that up until the recent past, gin has had a bit of a sad life, particularly from the Second World War through to the mid-90s. It quickly became the white spirit that nobody drank, coming second to vodka and the ‘tini’ phase in the 80s. Big gin producers at the time were focusing on volume over taste, which inevitably killed off the craftsmanship of gin, but kept the cash flow going.

“There was no real love in the game when I started at Plymouth Gin, however, in the late 90s, a couple of guys opened some cocktail bars in London and started what we now know as the gin bar scene,” adds Sean.

“The thing about gin is as soon as you open a cocktail book, gin is all over it. The way I see it, mixed drinks is what gin is all about and easily 80 per cent of the world’s great cocktails are made with gin.

“At Plymouth Gin, that is something that we cottoned on to very quickly and is one of the contributing factors that has allowed us to become the bartenders’ favourite.”

Following in the footsteps of his predecessor, Desmond Payne, now master distiller at Beefeater, Sean has successfully played the role of gatekeeper at the distillery for almost 25 years.

“When I joined in 1994, what we know now didn’t exist, the range of gin in the industry was limited and Desmond’s collection at the distillery comprised 12 gins. Today we have a room filled with gins and it’s becoming quite the selection for the next generation.

“The world of gin was quite a flat place really in truth and Plymouth Gin was a case in point, as in 1994 we were only selling 5,000 cases of gin per year. We kept ourselves afloat by producing other products until two years into my Plymouth career, when we were sold to four self-made millionaires.”

This perfectly coincided with the early stages of the gin boom, which placed Plymouth Gin in the right place at the right time and enabled them to have a lot of fun in the early days of Sean’s time there.

Plymouth Gin had already been on quite the journey up to that point, especially when you take into consideration that pre-prohibition they were the biggest gin brand in the world, which was predominantly owed to its export on naval ships. When you take into consideration the fact that the brand was once so popular within the gin markets, then went on to almost fall into extinction only to make such a monumental comeback, it perfectly demonstrates the resilient nature of the brand and the reason it has been so successful.

“We did some quite weird and whacky stuff back in the day, which we are coming back to now, and have been growing ever since. It’s a great feeling when you walk into a bar and sitting there is your gin and not only that, people are asking for it.

“It’s amazing now to think that just over 20 years ago, there was one local pub that actually sold Plymouth Gin. So Charles – one of the owners at the time – set out to create a pool and demand for our gin, which would in the long run become mutually beneficial as we all understood the value to the city.”

In a similar vein, the distillery’s visitors centre was opened in 2004 and the team assumed that they could piggyback off the 3,000,000 visitors that arrive in Plymouth every year. However, it has become a destination in its own right and as the pool of gin fans continue to increase and the drive for knowledge in the area rises with it, it is hoped that its success will continue to thrive.

Despite moving into a more experimental phase with its production, it is important to the team that whatever leaves the building tastes recognisably like Plymouth Gin.

“We have a house style to protect, which means that out of the three of us that work closely with the liquid, two have to agree that what we’ve made is Plymouth,” explains Sean. “It has taken many years of testing and retesting the spirit to get to this level of understanding and I have to thank Desmond for his tutelage, particularly in my early days as master distiller.

“I got into this game by mistake and to be honest, I don’t think that there are many people who arrive in this industry as a career choice. However, as soon as they realise what they have entered, they rarely decide to leave. It’s a fascinating world to be working in and as I think our newest liquid will prove, there is so much more to it than just drinking. We are helping people relax and socialise and that is what our culture is.

“There aren’t many industries where the people are as passionate about what they do and we hope that will become transparent with our latest release, which not only celebrates the history of our brand, but also what we all love about gin.”

Plymouth Gin’s new recipe will be available from 30 May 2019, with more information on its details available on our website.

0 comments on “Bucking the Trend”