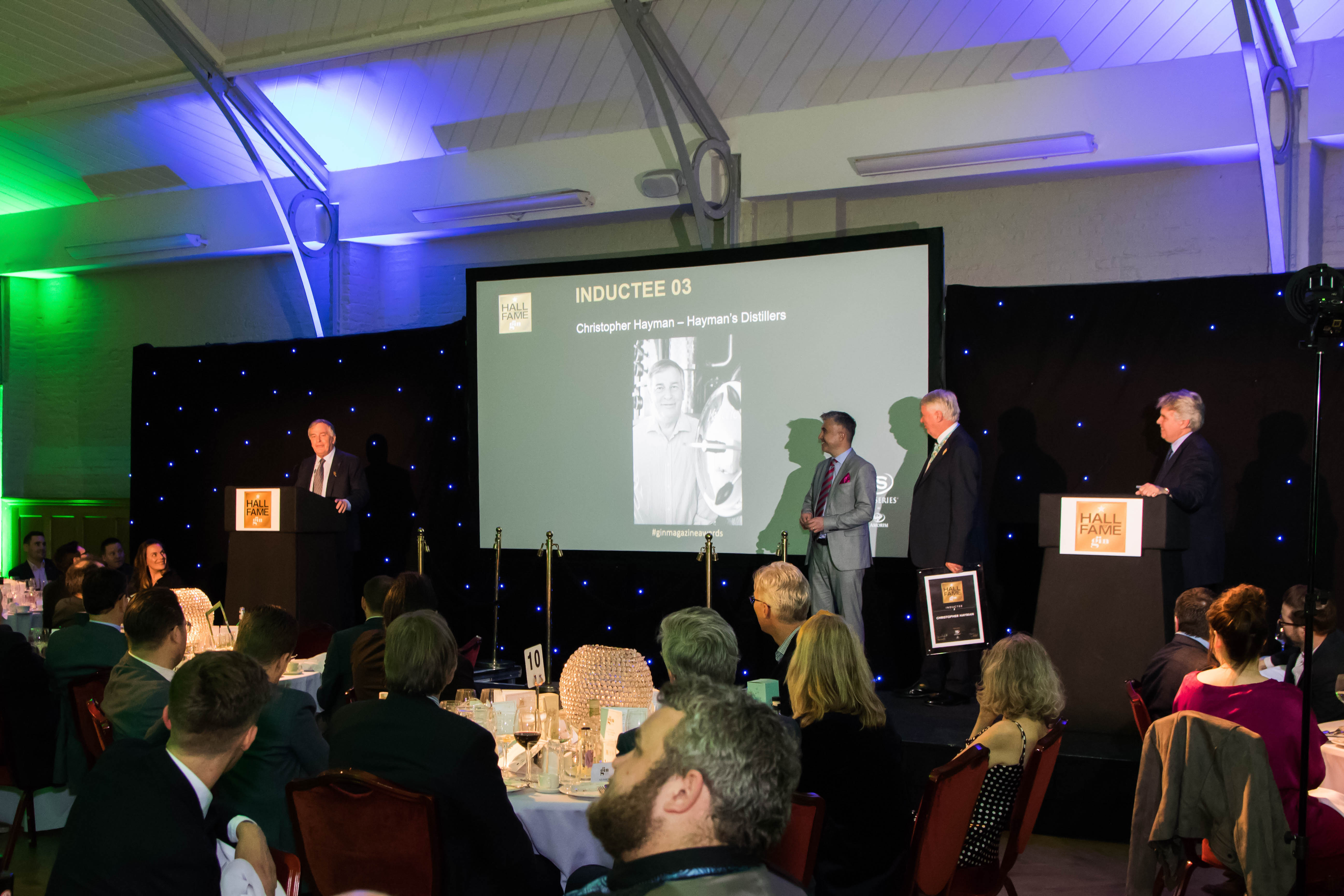 Excellence in the gin world can clearly take many shapes and forms. It’s a rapidly changing industry, with new twists and turns surely on the horizon. However, it’s a well-used phrase that class is permanent.

The Gin Magazine Hall of Fame is the highest accolade that the magazine bestows. It is a mark of an individual’s worth within the gin industry. Last year we announced our first inductee, Charles Maxwell of Thames Distillers. This year another two will be introduced alongside Charles.

Our second inductee continues a family history in gin and has recently secured that legacy for the future, by moving into a new distillery home in London. Inductee number three has led a brand that has taken the gin world by storm with its quality products and sustained awards success. We hope that you’ll join us in celebrating another inspirational character from the world of gin, for whom integrity and quality is key.

When Gin Magazine first launched in 2017, one of our first stops was to drop by Hayman’s Distillery, which would soon move into its new home in Balham. Christopher was good enough to spend the time introducing us to his team and provided an in-depth breakdown of gin’s history and some thoughts on its present and future.

Christopher, the great-grandson of James Burrough, joined James Burrough Ltd straight from university in 1969, when Beefeater was the world’s most exported gin.

Hayman’s has only been on the market since 2004, but under stewardship of Christopher, it has become a globally recognised brand, with family at its very core – his two children, James and Miranda, play crucial roles in the direction of the company today. A quiet man, but authoritative all the same, Christopher exudes a calm and thoughtful presence in what is often a manic gin world.

In the 50 years since joining James Burrough Ltd, Christopher’s dedication to and impact on the world on gin is one emulated by few.

Jon Hillgren founded Sweden’s first gin-only distillery, Hernö, in 2012. This time last year, it was celebrating its second success in a row as the World’s Best Gin in the World Gin Awards. With such accolades behind the brand, it is comforting to see Jon as a humble and thoughtful individual who deservedly tells of his brand’s success, but also remains respectful of his colleagues and contemporaries. Perhaps, this is a result of his starting point in gin – a passion for the spirit and a dream to create it himself.

Jon travelled to London and, working behind a bar, discovered a world of gin. After years of researching, Jon crafted his plan to create Hernö. His friends encouraged him to pursue his passion for gin and sure enough in 2011, Jon and his wife bought an 18th century farm in Dala and the dream eventually became a reality.

Jon has ensured that Hernö remains a brand rooted in family and with the same passion that brought him into this career in the first place. The only difference now, to back then, is that his brand has become an icon behind gin bars everywhere.