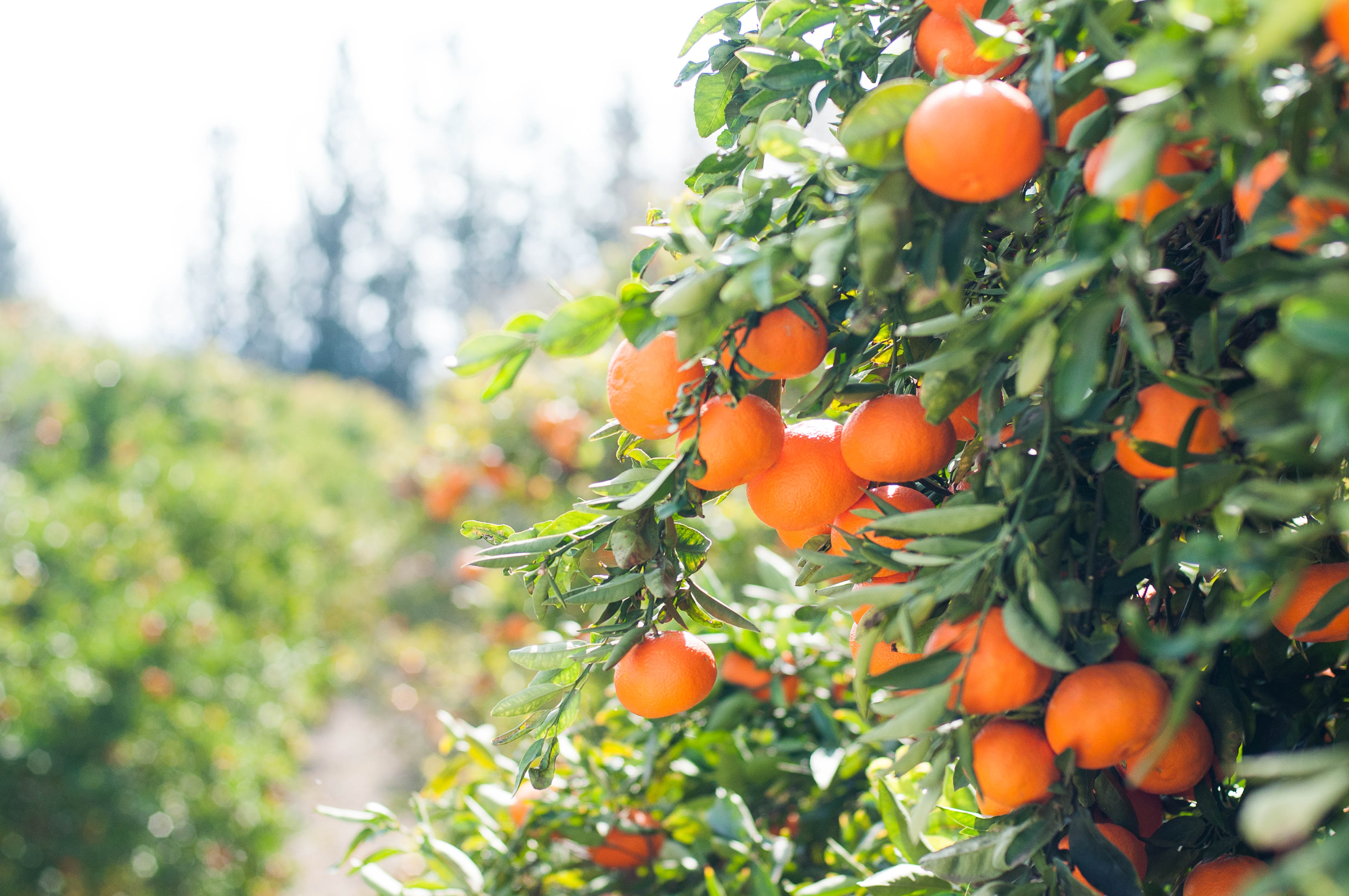 A staple botanical offering in a world of opportunity

Worldwide, more citrus fruit is grown than any other type of fruit (sorry oenophiles, but it’s not really even close). Citrus production surpassed that of grapes in 1991 and has never looked back. In 2008, nearly eighty million tonnes of citrus fruit was grown, representing over 65 per cent of worldwide fruit production.

When you think citrus, the obvious candidates immediately come to mind: orange, grapefruits, or maybe an Evans Gin and Tonic garnished with lemon and lime. Although we tend to think about each of these fruits as their own separate things, the reality is much more complicated. Citrus fruits readily hybridise with one another. That means that if you’re growing a sweet orange tree and a pomelo tree in close proximity to one another, they may mix reproductive material and create a third, wholly new type of fruit. The “forbidden fruit” in this example is grapefruit. But, that sweet orange we started with, was a hybrid of a pomelo and a mandarin originally. For the most part, every citrus fruit that we consume today is a hybrid of three ancestral species of citrus: the mandarin, the pomelo and the citron.

The creator of Gordon’s Gin, Alexander Gordon, lived in an 18th-century London that would have been flowing with citrus fruits. They were staples of festive and fancy meals. Hannah Glasse had several recipes for oranges in her 1747 bestseller The Art of Cookery made Plain and Easy; however, although they were widely available, they were still costly enough that most middle-class Londoners would only consume citrus fruits for the holidays. This means that when Alexander Gordon created the recipe for Gordon’s Gin in 1769 – juniper, coriander, angelica, liquorice, orris root, orange peel and lemon peel – there was a sense of luxury and prestige associated with the botanical choice. These fruits were not everyday ingredients for most Londoners.

Citrus has always been important in a gin’s botanical signature. The fruits are prized for their aromatic, oil-rich skins. Their inclusion in gin often adds a bright top note, and because of citrus fruits’ ubiquity in modern day cooking, they’re often the recognisable part of a gin’s aromatic character. While most citrus fruits primary aromatic constituent is limonene, it’s the variation in the other trace components which make each citrus fruit distinctive in a spirit.

As gin production has spread around the world, many distillers have taken inspiration from Alexander Gordon’s original recipe and include citrus among their botanical choices. In nearly all cases, it’s only the peel which is used in gin distillation because that is where the fruit’s oils are concentrated.

Distillers have further taken inspiration from citrus fruits’ diversity and have chosen a wide range of these fruits to add to their gin. While the list below isn’t exhaustive; it’s a good illustration of just how important a wide range of them are in modern day
gin production.

THE CITRUS FRUITS OF GIN

Orange as a botanical is not just a single fruit. While gin distillers often list it as a botanical, there’s two primary kinds you’re apt to see. The first is the sweet orange. These have an aromatic peel, but also a sweet juicy flesh. This is the kind you’re likely to see in supermarkets or your orange juice. Among Gins which include sweet orange as a botanical are Adnams Copper House Dry Gin, Aviation Gin and Marylebone Gin.

The second kind of orange is the bitter orange (also known as the Seville Orange or Sour Orange). Prized for their oil-rich rinds, you’re also likely to find this orange in marmalades as they have a pectin rich skin. But bitter oranges are rarely eaten and most are destined for spirits (e.g. gin, Grand Marnier, Cointreau) or perfumes. Some gins featuring Bitter Orange as a signature botanical include Tanqueray Flor de Sevilla and Chase Seville Marmalade Gin. Bitter Orange appears just as often as a supporting botanical in gins such as St. George Botanivore and Sakurao Distillery
Japanese Dry Gin.

The Bergamot is an important scent crop, grown and widely used by perfumers and cosmetics manufacturers. Warm, floral and spicy, it’s used to flavour tea to create Earl Grey. Bergamot appears in quite a few gins, including G’vine Nouaison, Star of Bombay, and Distillery No. 209’s self-titled gin.

Lemon is a hybrid of the bitter orange and the citron. It was cultivated in the Mediterranean pre-Renaissance, before it spread to Europe in the 16th century. The oblong yellow fruits are as iconic as they are important to British history. James Lind’s experiments with the fruit helped lead to lemon juice being carried aboard naval vessels as a scurvy prevention agent. Among gins which feature Lemon as a botanical are Treaty Oak Distilling’s Waterloo No. 9 Gin, Beefeater 24 and Damrak Gin.

Malfy Gin features a specific lemon cultivar from the Amalfi coast. These are double the size of the normal lemon that you can pick up at your local market. Sfusato d’Amalfi or Sfusato Lemons, are prized for their aromatic zests and use in limoncello.

Meyer Lemons has an exceptionally thin skin (very little pith) and balance their sourness with a floral pepperiness. Slightly unusual, they don’t ship well owing to their thin skin. This makes them challenging to source year round reliably; but some distillers have found a way because of their unique aroma and flavour. Batch 206 Counter Gin and Far North Spirits’ Gustaf Navy Strength Gin both use Meyer lemon.

Lime is complicated, as what we call “lime” encompasses a diverse range of species. The Persian Lime is the small seedless, green orb that we often think of as a default lime. It’s also the one that is generally used to garnish a gin and tonic stateside. G’vine Floraison, Michael Godard Gin and C`n are just a few of the gins that include this kind of lime in their botanical bills.

Key limes are smaller, have a thinner rind, and a much stronger flavour. The “key” part of the name refers to the Florida Keys, where the fruit was first widely cultivated. Though less common than Persian lime, you’ll see Key Lime in gins like Brooklyn Gin and Blanc Ocean Gin. South American London to Lima Gin uses Peruvian Lime, which is a cultivar closely related to the key lime.

The Makrut Lime is an important part of Southeastern Asia culinary tradition where its leaves are frequently used. It’s also in gins such as New England Distilling’s Ingenium Gin and Wicked Wolf Exmoor Gin. The rind is also intensely fragrant, but much less frequently used outright in gin.

The Rangpur Lime was made famous in gin, by being featured in Tanqueray’s Rangpur Distilled Gin — but the rangpur is not a lime, it’s actually its own thing. The “lime-thing” comes from the fact that rangpurs have a sour juice that culinarily speaking can be used in place of lime. Although we call it a lime, the rangpur looks like an orange and is technically a lemon hybrid.

Similar to the Finger Lime’s appearance in a large number of Australian gins, Yuzu has caught on in a number of Japanese ones, including; Ki No Bi Gin, Nikka Coffey Gin and Roku Gin. This slow growing fruit is said to have the sour, lip-puckering flavour of grapefruit, with a touch of tangerine. Yuzu is important in Japanese and Korean culinary traditions, but use of the fruit is catching on around the world. Alexandre Gabriel added three new botanicals, yuzu included, to create his Citadelle Réserve gin. Furthermore, That Boutique-y Gin Company released a Yuzu Gin in 2018 that celebrates the Asian citrus fruit as a signature botanical.

Often people think of tangerine as a fruit on its own; however, the name refers to a wide range of small, orange-coloured fruits with thin, bumpy skin and sweet flesh. The fruits are highly seasonal, which means that if it is found in a gin it’s often a limited edition release. Gins featuring tangerine include Scapegrace Gold New Zealand Gin, Privateer Rum’s seasonal “tiki-inspired” gin release, and Filliers’ Tangerine edition.

Grapefruit is a particularly distinctive note in gin. Recognisable and quite literal to the flavour of its flesh when distilled, distillers the world around have built gins around the fruit. Ian Hart of Sacred Distillery celebrates the entirety of the fruit in his Sacred Pink Grapefruit Gin. Every piece from peel, flesh and seed goes into the vibrant and citrus-forward gin. Grapefruit stands out across a number of gins including; New Columbia Distillers’ Green Hat Gin, Far Norths’ Solevig Gin, Oxley Gin and Príncipe de los Apóstoles Mate Gin from Sol de los Andes Distillery.