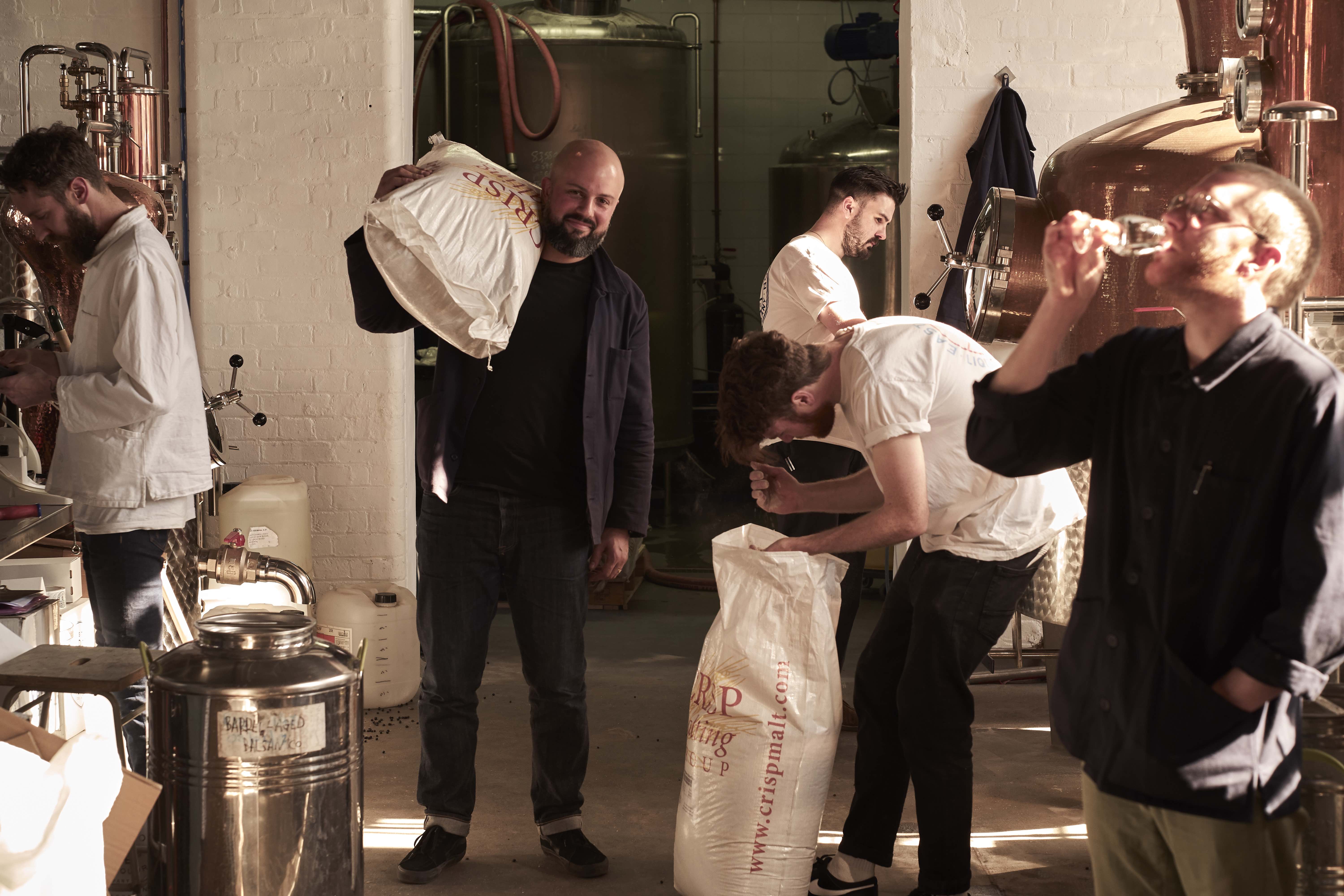 Botanicals deliver on so many levels, with juniper and coriander providing their own distinctive flavours, while others such as cardamom and nutmeg add spice, sweetness or dryness, which enhance their colleagues (without necessarily revealing themselves). But, for all their versatility and ability to interact, the botanicals can’t extend the character of a gin in the manner that ageing can.

Deciding to age a gin entails a vital question: the desired balance between the character of the gin and the influence of the cask on that character. Achieving this balance depends on a number of contributory factors. An initial consideration is that lighter, more elegant styles of gin are influenced more immediately and extensively by the cask, compared to a fuller-bodied gin. Meanwhile, the range of characteristics a cask contributes and the rate at which this happens, depends on each cask’s individual credentials, with numerous types of cask to choose from.

Virgin (i.e. unused) casks have a more intense impact than ‘seasoned’ casks, which have previously been used to age either beer, wine, fortified wine or spirits. Each ‘seasoned’ option offers a particular range of flavours, depending on the nature of the previous occupant, such as sherry and, more specifically, the style of sherry.

However, as many distillers have only recently begun to age their gin, the exact influence of a particular cask type remains unconfirmed, until actually trialled.

“Not knowing exactly what a cask is going to deliver is quite a romantic notion,” says Angus Lugsdin, founder, Salcombe Gin. “We partnered with one of the world’s greatest sherry producers, Bodegas Tradición and I thought their Fino or Amontillado sherry casks would work well. So I began by mixing a few drops with Salcombe Gin. This may sound a simplistic approach, but it gave me an idea and Fino worked very well, adding a moreish and slightly saline finish. We describe the finished product as Salcombe Gin that has been kissed by the sea.”

Choosing a specific cask type can also stem from the recipe of botanicals.

“I’d been wondering what type of cask to use for Burrough’s Reserve, and was attracted to Lillet Reserve as this has Seville orange notes, as does Beefeater, so the cask selection was a case of picking out a botanical in order to enhance it,” says Desmond Payne, master distiller, Beefeater.

Meanwhile, The Cotswolds Distillery gained significant insights into the influence of a particular cask type, after using it to age whisky.

“Our 1616 Gin is aged in American Oak wine barriques which have been shaved, toasted and re-charred. We call this the magic barrel, as it gives us the best of a newly charred oak cask, which provides vanilla notes for example, together with some influence from the wine absorbed by the staves. These are various red wines from countries such as Spain and Portugal,” says Dan Szor, founder, The Cotswolds Distillery.

This ‘residual liquid’ (i.e. remnants of the cask’s previous occupant) is an important aspect of the cask influence. As soon as a cask is filled, residual liquid leeches out from the staves into the gin. Meanwhile, gin is also absorbed by the staves, which contain various flavour compounds such as vanillin (giving vanilla notes) and tannins (that add dryness, for example). As flavour compounds are soluble they dissolve into the gin, which also provides a ‘liquid highway’ for flavour compounds to travel along, and join the ‘bulk’ of the gin in the cask.

How casks influence a gin is also determined by the filling strength (i.e. alcoholic strength of the gin when filled into the cask), which can be adjusted by diluting with water.

“Filling at a higher strength gives a faster, more intense extraction of flavour compounds from the cask, but also potentially more astringency and tannins, depending on the condition of the cask. Too high a level of tannins can result in excessive dryness. Lower filling strengths give a more gradual rate of extraction and a slightly different range of flavours,” says Jamie Baxter, a gin consultant.

The choice of casks varies enormously, though typical candidates are Bourbon barrels, which have a capacity of 200 litres, wine barriques at 225 litres, sherry casks which are either hogsheads (250 litres) or butts (500 litres).

The first signs of a cask’s influence soon become apparent – whatever the cask selection.

“Within a month or two the gin acquires a significant level of barrel character, with a lot of red fruit from the residual wine, and quite a bit of caramel and vanilla from the oak, though the gin is already very characterful,” says Dan Szor.

The rate of development can be rapid, which means the onus is on sampling, particularly when using a cask for the first time. “After filling casks from Lillet with Beefeater gin, I was sampling every couple of days. Ageing lasted about four weeks, it was still definitely a gin, retaining the freshness of juniper, while gaining characteristics and colour from the wood,” says Desmond Payne.

Longer ageing doesn’t create a superior result compared to a brief stint; it’s a different proposition. The balance between the gin character and the influence of the cask is continually changing, with the cask influence increasing as the ageing process continues.

“I want the classic flavours of Salcombe Gin to be at the forefront, supported by the cask influence, so that ageing adds another dimension and greater complexity. It is after all about balance,” says Angus Lugsdin.

The time-frame required to reach an optimum balance depends on each individual cask.

“Some cask types take much longer than others, it depends where the sweet spot lies between the botanicals and the cask influence, which varies. Sometimes you bottle it sooner than you thought, and at other times we thought it’ll be ready soon, then another flavour comes through. The longest ageing period was 400 days in a sherry butt, as larger casks need longer. The shortest was an ex-white wine cask at 4 months, and by then the gin was very fragrant,” says Alex Wolpert, founder, East London Liquor Co.