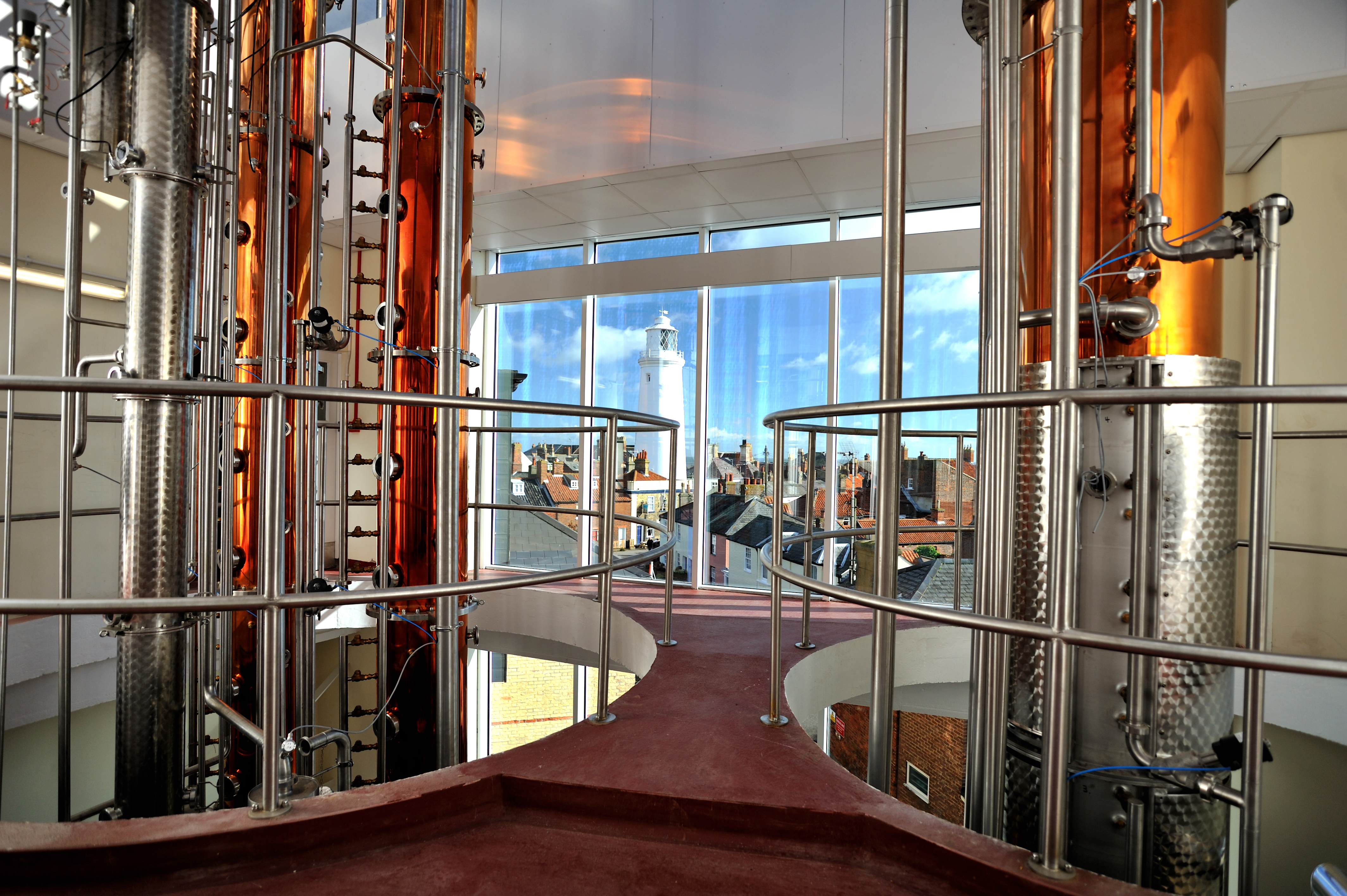 The Adnams Copper House Distillery is growing with the times

It would be fair to say that a trip to the Adnams Copper House Distillery is one of the best ways to gain a wonderful and in-depth insight into the world of distilling.

As one of the best-known brewers of beer – based in the coastal town of Southwold since it was established in 1872 – the brand cottoned onto the potential in spirits (particularly gin) and has since cemented itself as a household staple during the ongoing gin boom.

It was the first ‘bristillery’ in England that was able to produce spirits that come directly from malted grains, meaning the team has been able to uniquely use the same local ingredients of barley, wheat and oats, as they do in their well-loved beers. This has inevitably created a branch of the Adnams family tree that is familiar to lovers of the brand, while also being innovative enough to hold its own in such a heavily saturated market.

There are no secrets when it comes to the Copper House distilling process. In fact, it is clear that supporting and guiding others in the industry is something that Adnams strongly believes in.

“This is one of the best industries to work in,” explains Adnams head distiller, John McCarthy. “There are times when we must be business-minded, but we have no problem in sharing knowledge of processes with others to ensure that the industry as a whole stays at the top of its game.

“None of us are sure how long the gin boom will last, but we do know it won’t be forever and therefore it is important to support and strengthen its development for as long as we can.

“Experimenting is great and something that we are able to enjoy right now, but we will see what happens to the market in five years and like all our peers, we will adjust. At present, no one knows what to expect and subsequently we are all doing everything we can to build a loyal base of customers.”

In a similar vein to the natural development of the brand, John has also changed the direction of his career during the creation of the Copper House Distillery.

“When the chairman, Jonathan Adnams came up with the idea of creating a distillery, I was chosen as the project engineer,” adds John. “We both went to Michigan on a course and on the flight back I was intrigued to know who would be running the distillery and let’s just say, the rest is history.

“We still had a lot of work to do in order to make sure that we would be making a gin that was worthwhile, it was a great learning curve and challenge to take on.”

By 2010 the distillery was in place and ready to go, at which point there wasn’t a requirement for distilling every day and therefore John was able to distil and work as the site engineer.

John continues, “It actually didn’t take an awfully long time, perhaps around a year, before the distilling completely took over to the point where I never do any engineering.

“Fast forward nine years and I’m working alongside five operators, running distillation after distillation, five days a week. We still have two days to play with, but I don’t think we will be using that just yet, as there are days where we aren’t distilling. Those days will give us options moving forward.”

Considering the relatively short amount of time – in Adnams terms that is – that the distillery has been up and running, there has been a lot of innovation in the spirits the team has created.

As you would expect from their grain to glass process and a prior knowledge of Adnams beers, there is a recognisable palate that runs through its spirits. That includes the award-winning Longshore vodka, which is used as a base spirit in the gin collection.

John explains, “We are all about producing a flavourful product, however, when it comes to gin we want to make sure that it always tastes like gin.”

This has been perfectly achieved with their best selling Copper House Dry Gin.

“It gives you everything you could want in a gin, with plenty of juniper and a fruity tang,” John adds. “We have played around with it since we first began distilling. For example, initially it had an ABV of 48%, which we have since lowered to 45% and also removed the vanilla, which we found didn’t distil well.

Although the Copper House Distillery has excelled with its classic dry gin, they haven’t shied away from creating something a little different. The Rising Sun gin is made from locally grown rye and is recognisably Adnams, with a kick.

“When I created this, I really wanted to make something very different to the gins we were seeing on the market. It’s definitely a “Marmite gin”, due to the addition of matcha tea and lemongrass, but it appears to be doing well so far.

“It is important to stay abreast of what the market wants, for example, creating pink gin and seasonal gins. People are moving away from overly sweet gins and looking for great flavour that does as little damage as possible, now we are all becoming more
health conscious.”

The sustainability of its production has also become something that the distillery has concerned itself with, due to the vast quantities of water used throughout the distillation process.

For example, in order to create its vodka alone, seven different heat condensers are used and although this wasn’t thrown down the drain.

“To combat this we installed a system that has massively reduced our waste water,” John explains. “By utilising more efficient technology, we have been able to halve our water usage and reduce our footprint.

“Now we have got rid of the waste water that we used to pour down the drain, I would estimate that we now use around 20 litres of water to make one litre of gin –impressive when you consider this used to sit at around 60 litres.”

It is this spirit of adaptation that will continue to keep Adnams at the forefront of innovation and education in the gin world, taking you through every stage of your ever-growing relationship with gin.