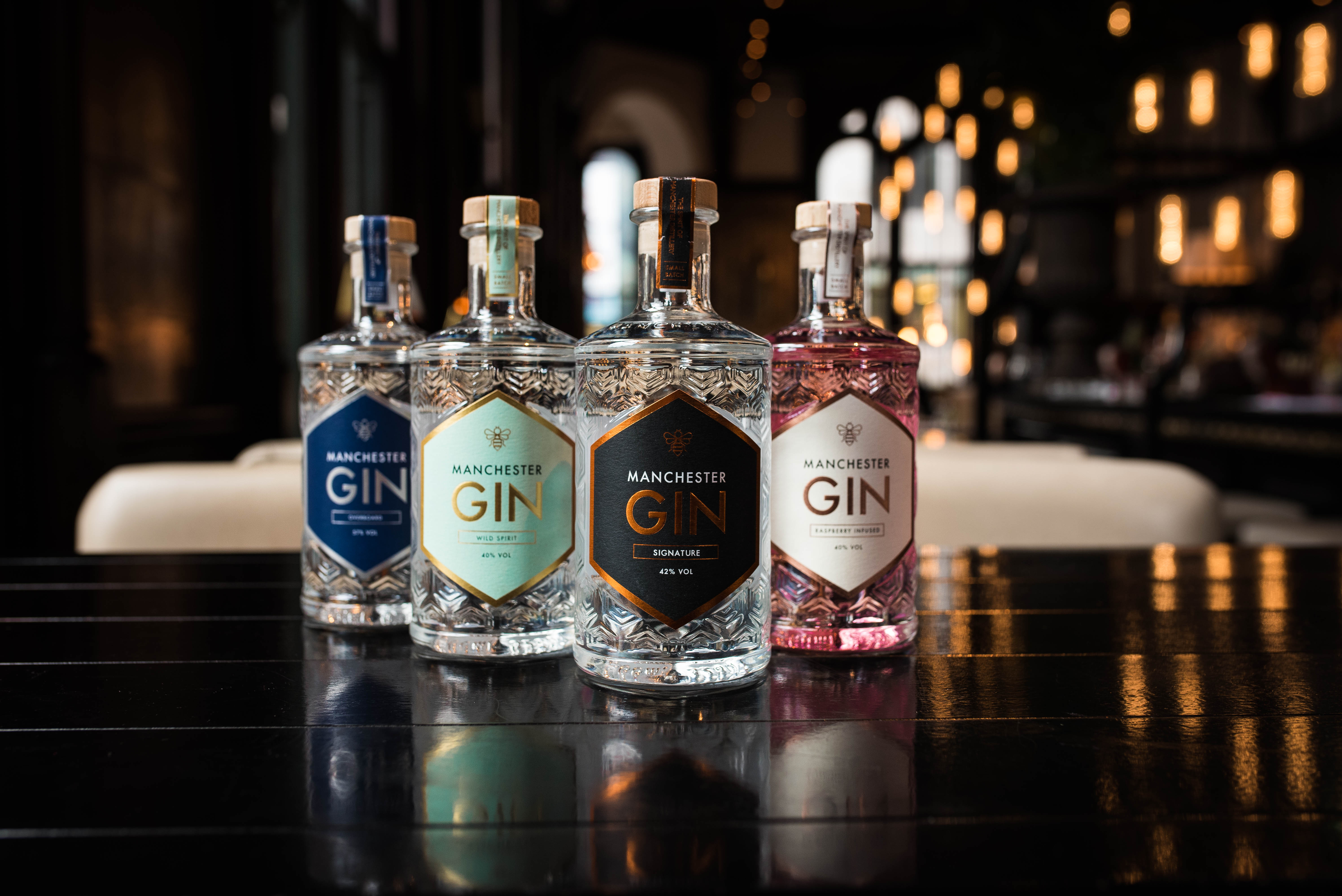 From abandoned canals to secret gardens, we explore botanicals lurking in towns and cities

As we’re well aware, botanicals play a key part in raising the flavour profile and character of gin, and ultimately provide a valuable point of difference. Yet, while many of the native ingredients which make up British gin are foraged from the UK’s bushes, hedgerows, shorelines and green spaces – think roots, leaves, herbs, seeds and petals – there are a number of distillers looking in less verdant places. From tufts of unassuming dandelion and burdock growing unnoticed along Manchester’s canals, to the hawthorn berries and lemon verbena which line East London’s formerly desolate canal paths, gin producers are getting seriously creative with their botanicals blends, as we discover…

Weeds, herbs and flowers aside, many distillers are also using a number of high quality city-sourced ingredients to enhance their gin – honey being one. Historically used as a sweetener and of course a central ingredient in the production of mead, this sugary nectar can add a subtle richness and velvety depth of flavour to gin. Battersea-based Dodd’s highly sought-after small batch honey gin is one such example. Here, honey from London’s urban beekeepers, The London Honey Company, is used to add a silky smooth texture and irresistible sweet quality to the gin. With the number of beekeepers in London and beyond on the rise, expect to see more of the sweet stuff infusing gins up and down the country in the near future.

London’s Hackney Wick may have undergone a serious redevelopment in recent years – craft beer bars and independent eateries now line once-forgotten canal paths – but despite these changes, it’s not usually the first place that springs to mind when looking to source ingredients. For James Law, co-founder of hand-crafted botanical drinks, Longflint Drinks Co., it was a case of noticing what was on his doorstep. “I was working at CRATE Brewery in Hackney Wick before I set up Longflint. My route to work took me from Tottenham, along the tow-paths and canals of East London and throughout the seasons you’d see all sorts of wonderful herbs and flowers growing, that everyone would pass and not take too much notice of. I used to gather berries with my mum at Cricket Hill Woods in Finchampstead, so I was always interested in foraging and picking wild food, and have been on a number of courses over the years.” In fact, James regularly teams up with forager James Grant, of Foraged School, to explore the variety of botanicals on offer in East London and to host a number of foraging courses.

Hawthorn berries, mugwort, water mint, pineapple weed, woodruff and chamomile are just some of the urban-growing botanicals that James and team have experimented with. “We identified chamomile as the absolute star ingredient,” explains James. “It gives a beautifully soft and rounded profile, so we went on to use it as the prime botanical in our custom-made tonic water, which goes into our Wild Hedgerow G&Ts.”

As well as chamomile, Longflint’s newly-launched Wild Hedgerow G&Ts also contain hawthorn berry and lemon verbena for a “heightened citrus note”, and woodruff “to balance out the chamomile”. Once foraged, the botanicals are made into hydrolat distillates [floral waters] that are then used to make tonic water. This is then combined with East London Liquor Co’s London Dry gin to create a well-rounded, refreshing drink that epitomises East London. “Many people, on trying the drink for the first time, say it’s the best G&T they’ve ever had,” comments James. “That’s because of the chamomile – it gently blows people’s minds!”

Manchester-based couple, Jennie Wiggins and Seb Heeley were similarly inspired by their urban environment and heritage when it came to setting up their award-winning Manchester Gin. “We wanted something that rooted us in Manchester and spoke to the heritage of the city,” explains co-founder, Seb. “As both of us grew up in the north, we were brought up on a Friday night dinner from the chippy, with a can of dandelion and burdock to wash it all down. This nostalgia got us thinking about local botanicals and we were amazed to discover that burdock often grows next to waterways. We knew then that we had to use it in our gin. It’s the rivers and canals running through Manchester that help make the city what it is.”

Seb and Jessie explore Manchester with a local forager to source their dandelion and burdock. “When we dig up the plants we also keep their roots”, says Seb. “The roots contain a lot of flavour – when they’re distilled into the gin they offer earthy notes and a depth that we couldn’t find in any other botanical.” In fact, it’s these hardy roots – a fitting epitome of Manchester itself – that Jessie credits for the success of Manchester Gin, “We believe that using dandelion and burdock root has elevated our gin from great to award-winning. We’ve been fortunate enough to have won ‘double gold’ at the San Francisco World Spirits Competition 2018, and ‘gold’ at the International Wine & Spirit Competition 2017.” Not bad for a weed that would typically otherwise go unnoticed!

Beyond the walkways and canal paths of some of the UK’s biggest cities, distillers in London, Cambridge and Oxford have been turning to their cities’ botanical gardens for a touch of ginspiration. In Cambridge, The Cambridge Distillery teamed up with the city’s famous Botanic Garden to create their Curator’s Gin. This small batch release (only 600 bottles) features botanicals such as rosemary and lavender, which the team cycled back to the distillery within minutes of sourcing to retain their freshness. The result is a deliciously herbaceous gin, which could only come from being given access to a such a verdant treasure trove.

In Oxford, The Oxford Artisan Distillery has been working with the city’s Botanic Gardens – the oldest botanic gardens in the UK, dating back to 1621 – to create their Physic Gin. A blend of 25 botanicals are used, from artichoke leaf to absinthe wormwood – some of which come from the original catalogue of plants planted in 1648! Botanicals are first macerated, before being added to the base spirit, with the majority left in the pot during the distillation. A bay leaf distillate is made on site, which added after the main distillation.

Similarly, in London, The London Distillery has teamed up with Kew Gardens to produce the much-loved Kew Organic Gin, featuring seasonal flowers from the UNESCO Royal Botanic Gardens. Boasting floral packaging as beautiful as the gin itself, this quintessentially London gin is an ode to these historic gardens, as well as the flowers: the botanicals are painstakingly separated into four separate groups before distillation, and added sequentially, to help the gin assume its fantastically floral profile.

Indeed, with people increasingly taking more of an interest in the locality and sustainability of what they consume, and of course the onset of Brexit – and with it the potential for imported botanicals to only increase in price – it’s in the interest of gin producers to make the most of the botanicals and ingredients readily available on their doorsteps, whether this means teaming up with artisan producers, or foraging the pathways and parks of built-up spaces. The demand for exciting gin is not going anytime soon – so only time will tell what curious creations will be available for us to imbibe in the future. Watch this (urban) space!