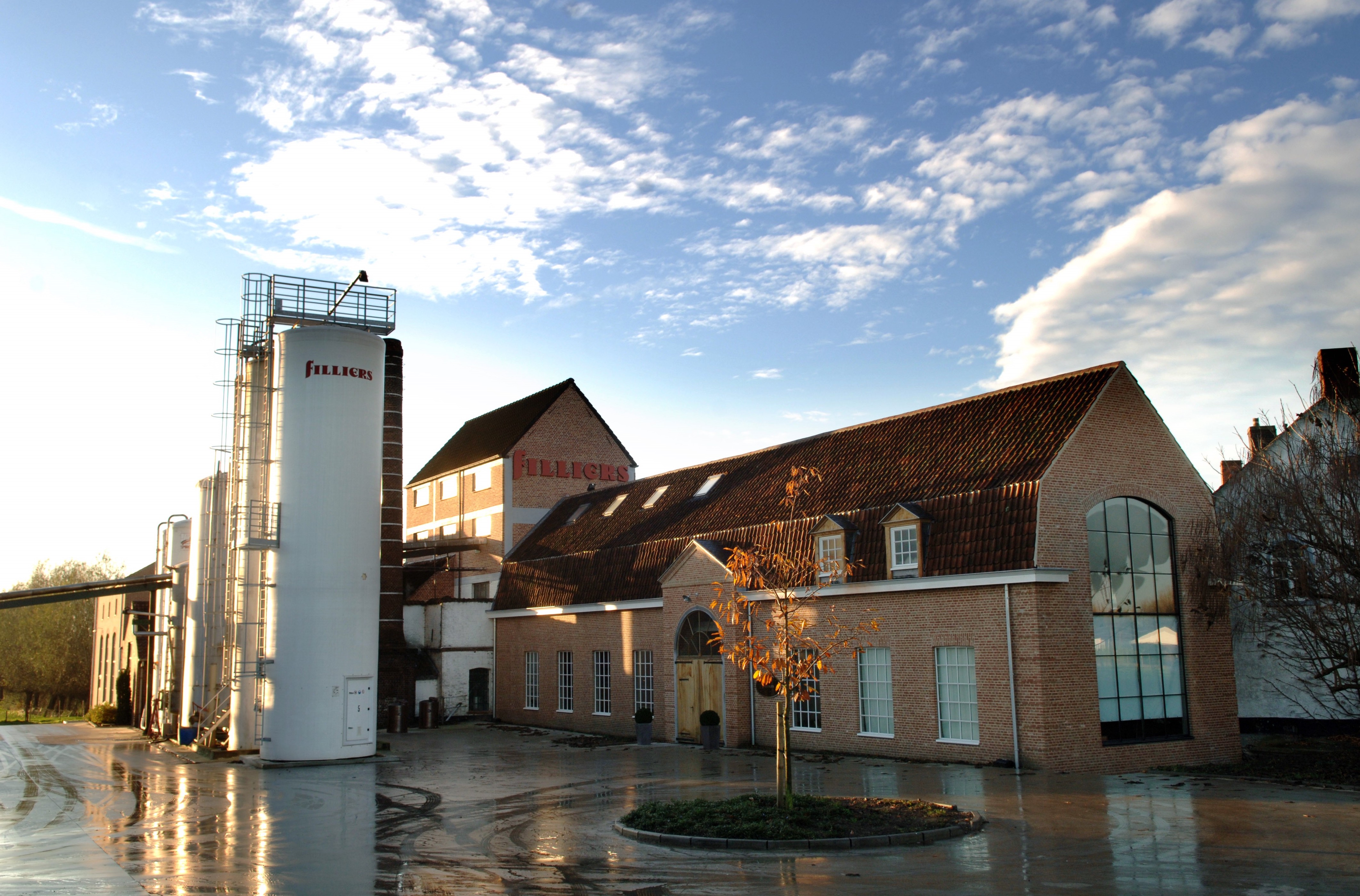 Filliers, one of the world’s biggest genever producers, is aiming to restore the category to its former glory. The Belgian distillery has taken a remarkable step to accomplish that goal – overhauling its entire core range.

Located in Bachte-Maria-Leerne, a modest village home to a few thousand inhabitants, family-run Filliers Distillery has a history dating back to the early 19th century. During that period, this Belgian genever producer has gone from being a small fish in a big pond to being a big fish in a very small pond. It used to be that over a thousand distilleries populated the Belgian countryside. Now there aren’t more than a handful left.Belgium’s genever industry never really recovered from World War II and from a partial prohibition on spirits, which was only formally lifted in 1983.

However, things are looking up. Riding the coattails of the gin craze, a welcome spotlight is put on gin’s forefather. “All of a sudden we noticed a renewed interest in genever,” says brand manager, Jonas Naessens. Starting a few years ago, Filliers received inquiries from enthusiasts in the UK, Italy, and other countries. “There’s only so long you can talk about gin, before you have to mention genever. I suspect that is what happened here. Certain bartenders are hugely passionate and want to delve deeper into gin, and by proxy genever.”

Encouraged by these signs, the wheels started turning at Filliers HQ, and earlier this year the company made one of its boldest moves in its long, storied history. In an effort to overturn genever’s image, Filliers got rid of the old ceramic jugs that for so long defined the brand and created a new core range from scratch, delving into their stockpile of aged genever, released in attractive, colour-faded glass bottles.

“We only had one chance to do it right,” Naessens says. “We believe genever as a category has become too complex, with terms like oude genever, korenwyn and vieux systéme. Our assumption is that anyone who picks up one of our new genevers, has never before heard about genever. We distilled it to its essence to try and make genever more accessible to new drinkers, and ultimately chose to release barrel aged genever from 0-years-old, all the way up to 21-years-old.”

Responsible for the creation of Filliers’ Barrel Aged Genevers, is master distiller, Pedro Saez del Burgo. He has a hands-on approach and is always one of the first to arrive for work. While not technically part of the Filliers family, he might as well be. Saez del Burgo started his career at Filliers when he was still in high school. When a position opened up, he embarked on a journey steeped in genever.

The late Jan Filliers, who died in a crash ten years ago, took Pedro Saez del Burgo under his wing. As a mentor and teacher, this fifth generation member of the Filliers family taught his apprentice everything.

“He was a great tutor with an incredible sense of smell and taste,” Saez del Burgo says. “He was able to create balance; one of the most important traits of our genever.”

The relationship between Jan Filliers and Saez del Burgo evolved and after a decade and a half, Jan entrusted his apprentice with the family recipes. These recipes are still used for current products, or at least serve as inspiration. For their Filliers Dry Gin 28 for example, which is flavoured with 28 botanicals. “I’m in possession of recipe books that are over a hundred years old,” says Saez del Burgo. “These books do not only include successes, but also failed recipes. It’s important to know when something doesn’t work. You have to write it down. That way you don’t make the same mistake twice.”

The most crucial ingredient of any genever, and especially of Filliers’ new Barrel Aged Genevers, is the malt wine. While many brands source their malt wine, Filliers produces all of their own. It shares similarities with unaged whisky and is the base upon which genever is built. Filliers’ signature malt wine has a mash bill consisting of corn, malted barley and rye. “The rye is what gives our genever its signature profile”, Saez del Burgo says. “Our malt wine is grain-forward, and the rye is very recognisable, even after maturation. To me that is the typical Filliers signature.”

Barrel ageing is relatively new to Filliers. The sixth generation is close to entering the business, but it was only under the previous generation that the family decided to try their hand at the art of wood maturation. In the past it had been about immediate gratification. Filliers has about 5,000 casks maturing on site, with some dating back to the eighties. It’s an unheard of collection.

The new barrel aged range consists of an eight, twelve, seventeen and 21-years-old genever. There’s also the 0-years-old expression, the only of the quintet to be infused with botanicals other than juniper. “You won’t often see a 0-years-old age statement on a spirit,” says Naessens. “We decided to add one to our range so that we can tell the entire story of barrel ageing.”

The three youngest of the range are perfect for cocktails, while the two oldest expressions are for sipping. “When we set out to create our range of barrel aged genevers, the first question was if we would have enough to create a sustainable range,” says Naessens. “We turned to Pedro, and he assured me that what we have in aged stock, especially at this volume, is unmatched. 17-years-old genever is no exception and some casks go up to 30 years of age.”

Barrel ageing has become a part of Filliers’ DNA. The brand is entering a new dawn, much like genever itself.

Fill a tumbler with all ingredients and stir. Place a large ice cube in the glass to cool the mixture. Finish off with pear or dried thyme.