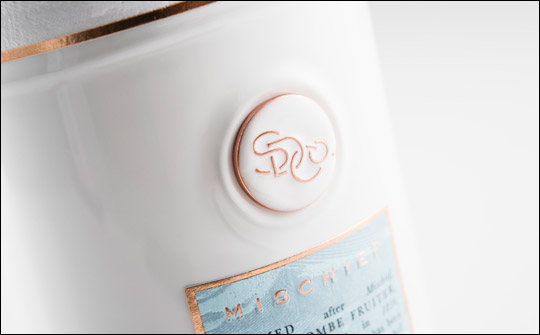 Salcombe Gin has released the second gin from its Voyage Series, developed in collaboration with Mark Hix MBE, the celebrated restaurateur and food writer.

The release, Mischief, is named after one of the famous Salcombe Fruit Schooners built in 1856.

This Salcombe Gin Voyager Series release is the second of a collection of limited-edition gins – the first of the series created in partnership with Michael Caines MBE and named ‘Arabella’ after another of the 18th century Salcombe Fruit Schooners. Limited to 1,200 bottles, ‘Mischief’ is presented in an elegant white ceramic bottle featuring an embossed outline of the iconic gin pennant and a bespoke debossed copper stopper commissioned for this series.

Mark comments: “I chose to work with Salcombe Gin to create a handcrafted traditional London Dry gin to commemorate our 10th anniversary, because I believe that they create truly world class gins, well-balanced in flavour and exceptional in taste. Having grown up in West Bay, Bridport, a seaside town on the Dorset coast, I also feel a connection with the brand and their love of refreshing coastal flavours and use of foraged ingredients. Together we have used the finest local and regional produce to create a gin to be enjoyed at HIX restaurants, at home or even on the water.”

The liquid has a backbone of traditional juniper, English coriander seed and angelica root, combined with bay leaf, fresh orange peel and green cardamom. Wild fennel flowers from the Salcombe shoreline have been added, together with samphire and sea buckthorn.

Angus Lugsdin, Salcombe Gin co-founder says: “We are thrilled to be working with Mark and his team at HIX Restaurants to commemorate their 10th anniversary. With a shared love for the South West Coast and fine, locally-sourced ingredients we have worked together to create a gin which we hope will delight gin enthusiasts and take people on a journey through the senses wherever it is enjoyed.”

Mark Hix and his team at HIX Restaurants have also created a cocktail to showcase this exceptional gin, details of which will be available on the packaging of each bottle. The ‘Scallywag’ marries classic flavours of fresh orange, fennel flowers and samphire combined with a touch of cardamom and pastis and is inspired by the South West coastline. The serve will be available at HIX Restaurants for the month of September.

Salcombe Gin Voyager Series ‘Mischief’: a collaboration with Mark Hix is available from 12 September at a RRP of £65.